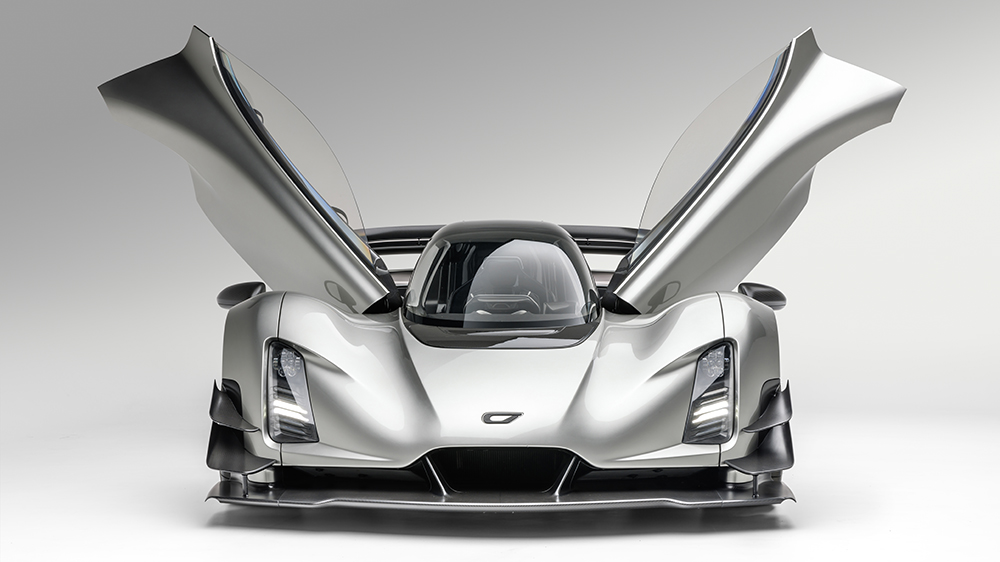 Helmeted and harnessed directly behind my pilot, I prepare for takeoff as the cockpit canopy shuts over us. It could be a scene from Top Gun: Maverick save for the fact that we’re not launching from an aircraft carrier but pulling out of pit lane at the Thermal Club’s track in a final prototype of the Czinger 21C hypercar.

The $2 million, carbon-fiber-bodied, tandem-seat Czinger 21C astounds with specs—1,250 hp, zero to 62 mph in 1.9 seconds, a claimed top speed of 253 mph—and recently blew away the McLaren P1’s production-car track record at Circuit of the Americas by six seconds. But more impressive—seriously—is the hybrid’s build process: The main structural components are designed by Czinger’s proprietary AI software and then 3-D-printed. “These structures cannot be made more perfect for the requirements inputted,” says Kevin Czinger, who, along with his son Lukas, cofounded Los Angeles–based Czinger Vehicles. “You could have 1,000 engineers and they would never get to this solution.”

Figuring out how to put these “perfect Lego blocks” together was tasked to Lukas, with a degree in electrical engineering from Yale, who invented a fixture-less assembly system. In other words, there’s no part-specific fixture or tooling required to hold pieces in place during the robotic build. Meanwhile, his polymer team created an adhesive that bonded in under two seconds. The result is a 22-robot cell that doesn’t have to be retooled from one application to another, meaning the same hardware can transition from creating a rear frame to a full chassis with only a software change—a potentially revolutionary new approach to manufacturing.

Revolutionary, too, is the Czingers’ share-the-wealth philosophy. “The mission is to democratize the pinnacle of technology and engineering so that anyone can use it,” says Lukas. “We ultimately want to change the way anyone thinks about making anything.”