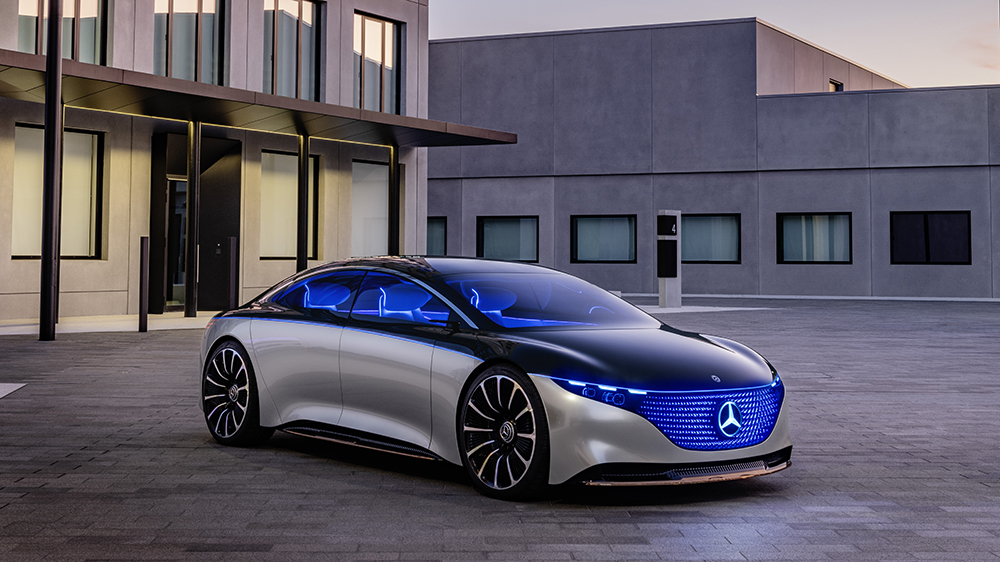 Any automaker who plans to partake in the electric revolution knows that its EVs will be compared to Tesla’s. Mercedes-Benz, for one, doesn’t appear to be shying away from that comparison. That may be because its forthcoming all-electric ESQ sedan will offer a range that could even make Elon Musk jealous.

The announcement was made during Daimler’s recent annual shareholder meeting, according to Automotive News Europe (via InsideEVs). “The EQS will set standards,” he reportedly told shareholders. “More than [435 miles] of driving range according to WLTP. With the EQS, the way we think about cars is changing. It is the first fully electric luxury sedan from Mercedes-Benz based on an all-electric architecture. This opens up entirely new possibilities—from the position of the batteries to the car’s design.

While we’ll have to wait until next year, when the EQS is expected to go on sale, to learn the car’s official range, the number mentioned by Källenius tops the 402-mile figure of the longest-range Tesla Model S. But Tesla’s range was achieved under the US’s EPA rating system. As Car and Driver points out, the EPA’s ratings are regularly lower than those of the WLTP. And since the longest-driving Model S doesn’t currently have a WLTP-rated range, it’s hard to compare the two EVs just yet.

Even if the EQS’s EPA range comes in below the 400-mile barrier, the figure mentioned by Daimler’s CEO is still reason for excitement. It would almost certainly make the car one of the longest-range EVs on the market. Additionally, it would mean that the electric car is able to go nearly twice as far as the top-tier Porsche Taycan, which currently has an EPA-rated range of 201 miles.