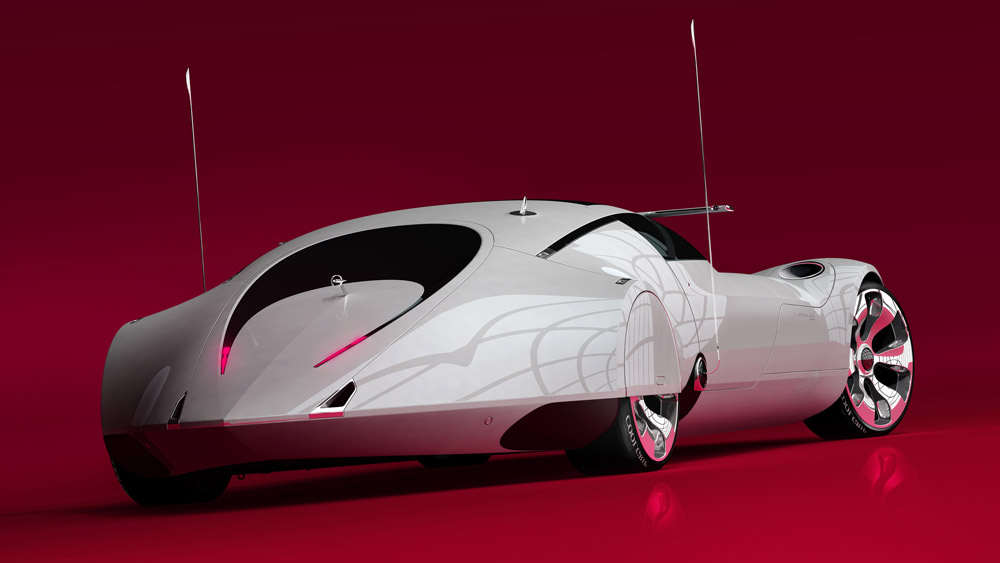 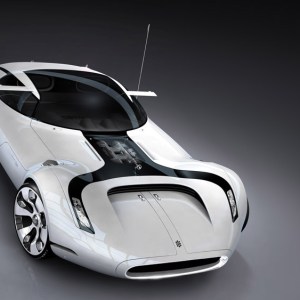 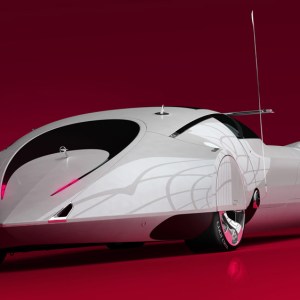 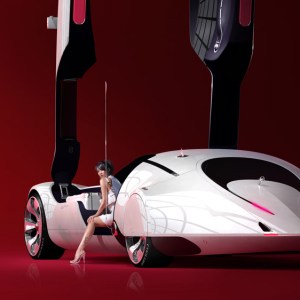 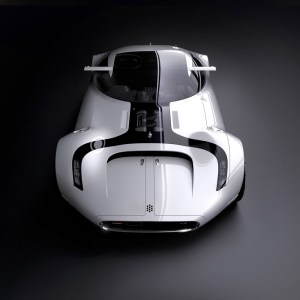 Dreaming up extraterrestrial transportation is well within the wheelhouse of futurist and design consultant Daniel Simon, whose radical rides have been seen in such films as Star Wars: The Last Jedi, Oblivion, and Tron: Legacy. Simon, who is currently based in Santa Barbara, Calif., developed the Galaxion for inclusion in his book Cosmic Motors and, with the vehicle, looked to sate the automotive desires of a distant planet’s plutocracy.

“I drew the streamlined coupe for the out-of-touch royalty of that world,” he says. “The fact that it is powered by a micro fusion reactor and has a body made from bioengineered mussel shells places it firmly in the realm of science fiction.” It would still have tires, though, and doors that scissor up like those of real-world supercars.

The titan two-door, measuring roughly 19 feet by seven feet, represents tomorrow’s translation of Simon’s philosophy on form. “Style matters. After a while, you realize that even the most optimized shape or the cleverest package still has room for taste and style—the sugar coating over a well-crafted cake, if you will,” says Simon, who studied at the Pforzheim College of Design in Germany. “I prefer harmonious lines, surfaces with athletic tension, clever intersections, and a fitting ‘attitude’ and ‘character.’ I am not a fan of short-lived visual escapades. Timelessness is a merit.”

Not all of his focus is so fanciful, however, as evidenced by a client list that contains the likes of Lotus Motorcycles, Bugatti, and Singer Vehicle Design. Yet it’s Simon’s time spent grounded in reality that gives the Galaxion greater personal value. “It’s an outrageous concept, but being outrageous is an important creative exercise,” he mentions. “I think of this machine as a free-spirited sculpture that brushes reality enough to confuse perception—which may explain why I’ve received actual inquiries about the car.”