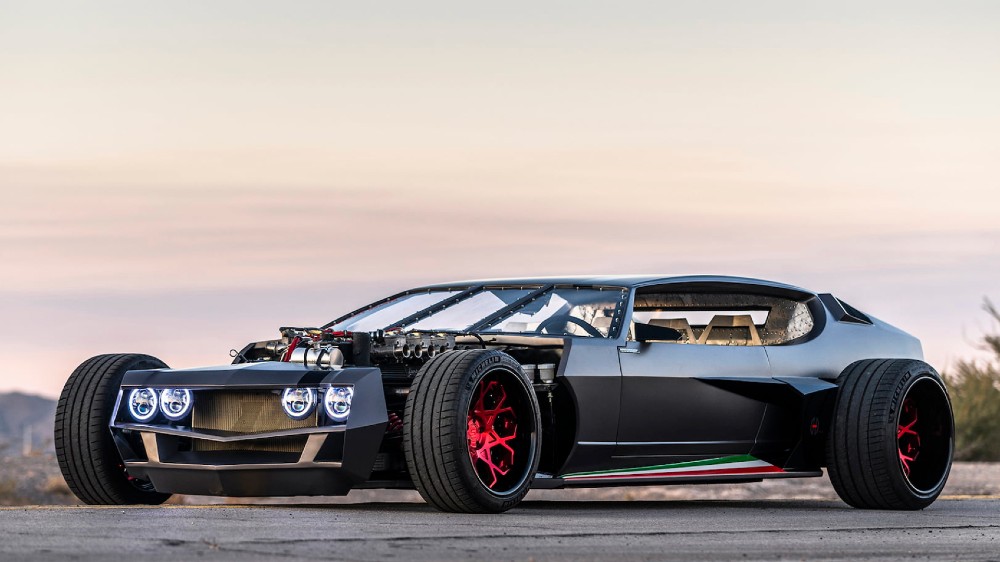 When it comes to design, Lamborghini has never been shy. Since its founding in Sant’Agata Bolognese way back in 1963, that marque has both nurtured and flaunted a flamboyant sense of style. So, it’s all the more impressive that you’ve probably never seen a prancing horse quite as wild as Danton Art Kustoms’ 1968 Espada hot rod.

The “Rat Rod,” as the French custom shop refers to it, was built in 2018 to celebrate the 50th anniversary of the Espada. Now, the car will cross the block as part of Mecum Auctions’s Kissimmee 2020 sale in central Florida next month.

In production from 1968 to 1978, Ferruccio Lamborghini’s answer to the Rolls-Royce Corniche grand tourer was initially controversial because of its “love it-hate it” design. But while its styling may have been off-putting to some, it also made the car the perfect canvas to use for the very first Fabio Lamborghini-inspired hot rod. For this vehicle, Danton, in conjunction with CHD Editions and Carrosserie Hervé, has had some fun with the grand tourer’s elongated design. While the car certainly looks like an Espada, its sweeping curves have all been made sharper and it’s been outfitted with new side scoops. The wheelbase, meanwhile, has been dramatically widened and the engine left exposed in classic hot-rod tradition.  That engine, a 3.9-liter V12, acts as the car’s showpiece, with its gorgeous stainless steel tubular headers and exhaust on full display.

Rounding out the package is a matte black paint job with Italian flag accents, a racing-style reinforced windshield, a spartan interior with custom-made seats and fat Michelin racing tires with red rims that combine to give the Espada an undeniable Mad Max-esque aesthetic.

Danton Art Kustoms’ 1968 Espada Rat Rod is expected to sell for between $200,000 to $250,000 when it goes up for auction during Mecum’s Kissimmee event. Considering its one-of-a-kind nature, that just might be money well spent for Lamborghini and hot rod enthusiasts alike.

Check out more photos of the Espada rat rod below: