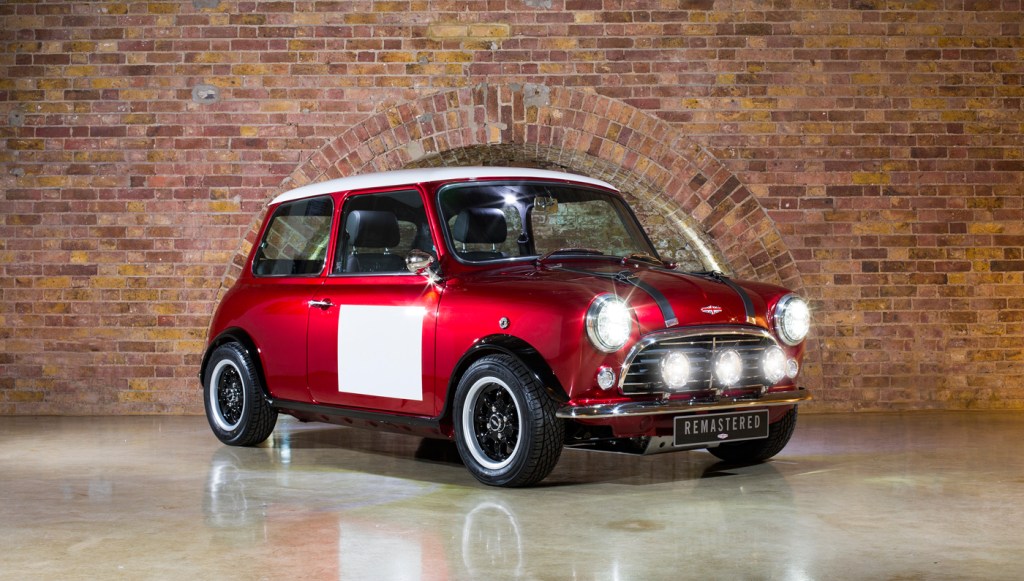 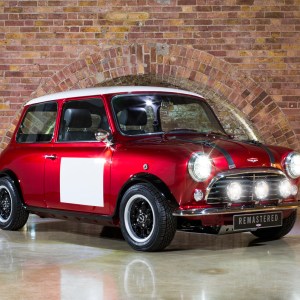 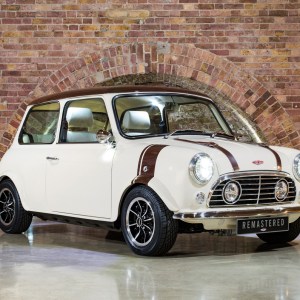 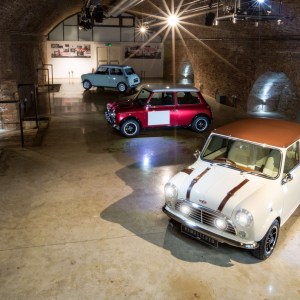 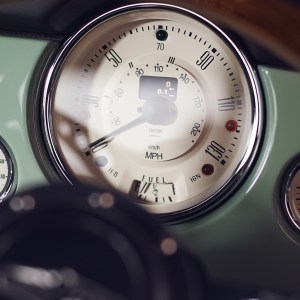 A diminutive two-door dynamo has become even more distinctive with the introduction of the Mini Remastered by David Brown Automotive on April 6. Brown and his team have kept the car’s classic 1960s aesthetic and complemented it with the latest in modern amenities—think Austin Powers with an Apple Watch. And each vehicle is hand-built (using traditional coachbuilding methods) at the boutique marque’s new facility in Silverstone, England.

The retro-chic model is powered by the original Mini’s 1.3-liter 4-cylinder engine that has been rebuilt to provide a 30-percent increase in output, providing 79 hp and 91 ft lbs of torque. The power train, which includes a 5-speed manual transmission, allows the car to cover zero to 62 mph in a modest 11.7 seconds before maxing out at 90 mph. And enhanced suspension and braking systems improve handling compared to its predecessor.

But while its performance might be less than remarkable, the car will be coveted for the craftsmanship and attention to detail displayed in its construction. Made with new body panels, every example represents 1,000 hours of labor, the exterior paint process alone requiring four weeks to finish.

The elegant interior is ensconced in a customizable trim of British leather and tony textiles. It also showcases a temporal contradiction in style and functionality, as Smith dials and a vintage-looking Moto-Lita steering wheel share space with a 7-inch touchscreen infotainment system that features navigation functionality, Bluetooth connectivity, and compatibility with Apple CarPlay and Android Auto. Additional contemporary accoutrements include a four-speaker sound system, a USB port, a push-button ignition, and climate control.

The model will be offered in a standard configuration (starting at roughly $94,200) and two special releases—“Inspired by Café Racers” (starting at about $100,500) and “Inspired by Monte Carlo” (starting at approximately $103,600). The former pays tribute to the unique motorcycle culture that it’s named after by offering ubiquitous chrome accents, leathers in tabac and chalk, and a two-tone exterior of cream and brown. The latter version translates the Monte Carlo motif with leathers colored in beluga and poppy, an exterior dressed in red and white, and a 99 hp engine under the hood.

While production numbers have not been released for the standard edition, the “Inspired by” variants will be kept to 25 examples each. David Brown Automotive’s Mini Remastered will make its public premiere at the Top Marques Monaco show, which runs from April 20 through 23. (davidbrownautomotive.com)