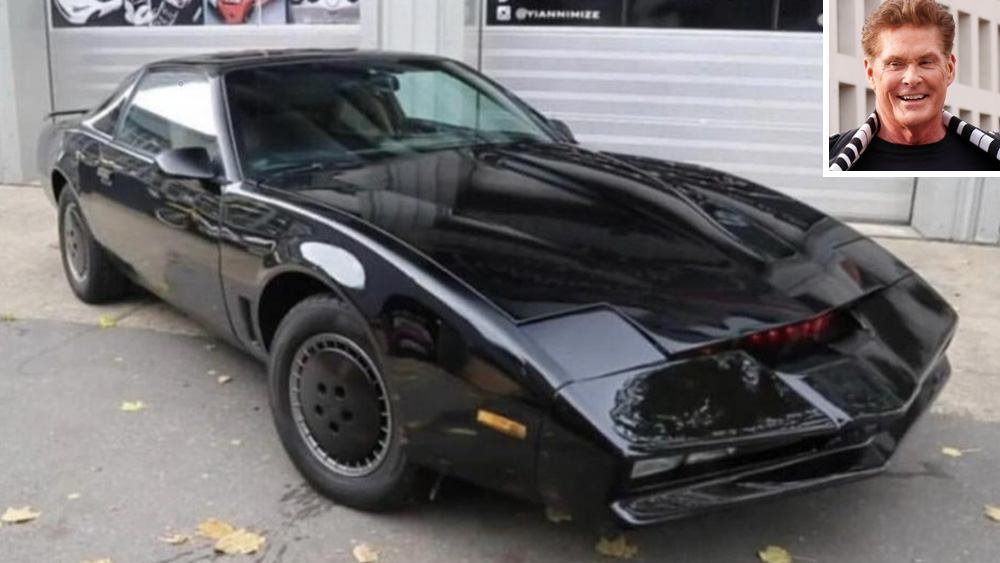 There are few cars more famous for gracing the small screen than the modified 1982 Pontiac Firebird Trans Am David Hasselhoff drove in Knight Rider. And now the actor’s personal version of the all-black muscle car could be yours.

Later this month, the Hoff’s personal KITT car, along with other mementos from his decades-long singing and acting career, will be auctioned off by LiveAuctioneers. While there are dozens of items sure to appeal to the former Baywatch star’s most ardent fans—like clothing, props and signed headshots—none have the same pop culture cachet as the iconic ‘80s sports car.

For those who’ve never had the pleasure of watching the delightfully oddball adventure series—which originally aired on NBC from 1982 to 1986—KITT is the nickname for the Knight Industries Two Thousand, an artificially intelligent robot car that Hasselhoff’s Michael Knight used to fight crime. But KITT wasn’t just some high-tech vehicle, it was a self-aware character voiced by William Daniels (who younger readers might remember as Boy Meets World’s Mr. Feeny). Trust us, the show was just as weird as it sounds, but proved popular enough to appear in three different television series, along with three made-for-TV movies.

Unfortunately, the item listing is scant on details, but it does note that Hasselhoff’s KITT car is fully functional, suggesting that it can be used for more than just display. Based on the photos included with the listing, it also appears to be in excellent condition, especially its interior, which features a vast array of colored lights and displays.

But that’s not all. If the car sells for more than 25 percent of the reserve price—which it’s all but guaranteed to do—the Hoff himself will personally deliver it to you. You’ll probably have to have it shipped over from its current home, in the UK, but it’s hard to think of a bigger thrill for diehard Knight Rider and Hasselhoff fans alike.

Of course, if you want to make Hasselhoff’s KITT car your own, prepare to open up your wallet. Though The Hoff Auction won’t be held until January 23, pre-auction bidding is already happening on the LiveAuctioneer website. Bidding for the Trans Am is already up to $450,000 which is 50 percent more than the pre-sale high estimate for the car.