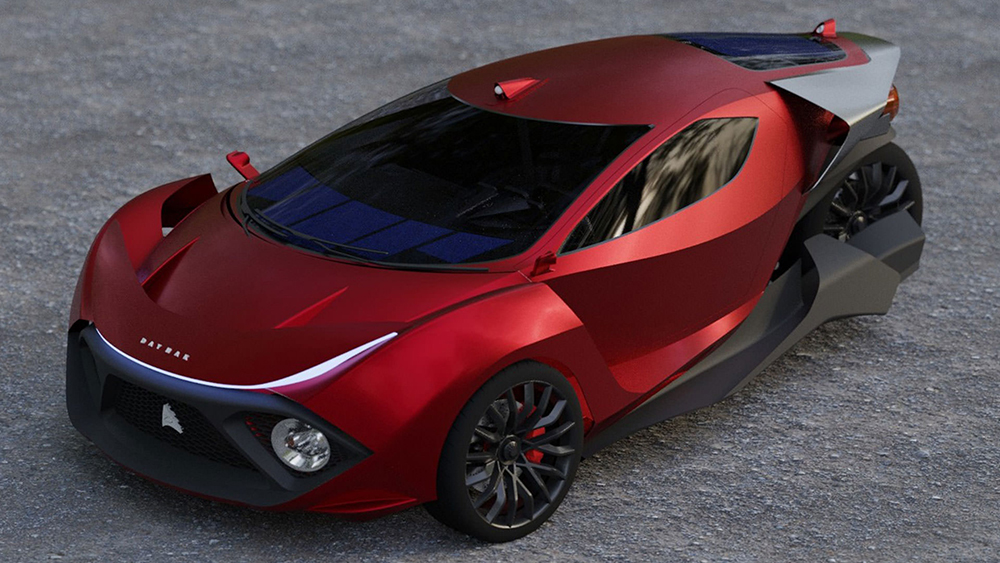 While the auto industry is still working on perfecting self-driving cars, one marque is high-tailing it toward self-mining cars. Canadian outfit Daymak has just announced it’s building the world’s first automobile that can mine cryptocurrency.

The new light electric vehicle (LEV), dubbed the Spiritus, will be equipped with high-tech mining hardware and blockchain technology that will allow it to mine all kinds of crypto, from Bitcoin to Dogecoin, while it’s charging.

For those unversed in crypto lingo, mining is a way of earning cryptocurrencies by solving cryptographic equations and algorithms through computers. You can mine via any computer, including the one onboard this pioneering ride.

The Spiritus mines all kinds of crypto, from bitcoin to dogecoin, while it’s charging.  Daymak

The Spiritus will include a GPU (processor) that supports a patent-pending system known as the Daymak Nebula. The Nebula comprises a miner that collects the coins and a digital wallet that stores them for future use. Naturally, there’s also an app that displays all the crypto info on your smartphone.

“We envision a future where your highway tolls, your parking and your drive-thru order will be paid directly on the fly with crypto. Your online bills and your banking can be handled through the same software platform paid in crypto,” Daymak president Aldo Baiocchi said in a statement. “And whereas most vehicles are depreciating while they sit in your garage, the Nebula Miner will make you money while your Spiritus is parked.”

According to the automaker, the emissions-free daily driver is also fitted with solar panels, which means the mining could be carried out using renewable energy rather than traditional fossil fuels. Recently, there has been some criticism regarding the environmental cost of mining crypto, but using solar power prevents all of that.

As for the car itself, it has a decidedly futuristic aesthetic with sleek lines and a sculpted rear end. Though it only has three wheels, it’s certainly no slouch. The range-topping “Ultimate” model features an 80 kWh battery that delivers up to 150 hp. Daymak says this allows the svelte two-seater to go from zero to 60 in a breakneck 1.8 seconds and reach a top speed in excess of 130 mph. The company also claims the car can cover some 300 miles and charge in under two hours.

You can access the Nebula Wallet and crypto info via your smartphone.  Daymak

The Spiritus is the fifth model in Daymak’s Avvenire Series. This line-up includes everything from e-bikes to electric flying vehicles and has already garnered more than $350 million in pre-orders in less than two months. The Spiritus, which is expected to launch in 2023, has received more than 4,000 pre-orders so far.

Check out more images of the car below: