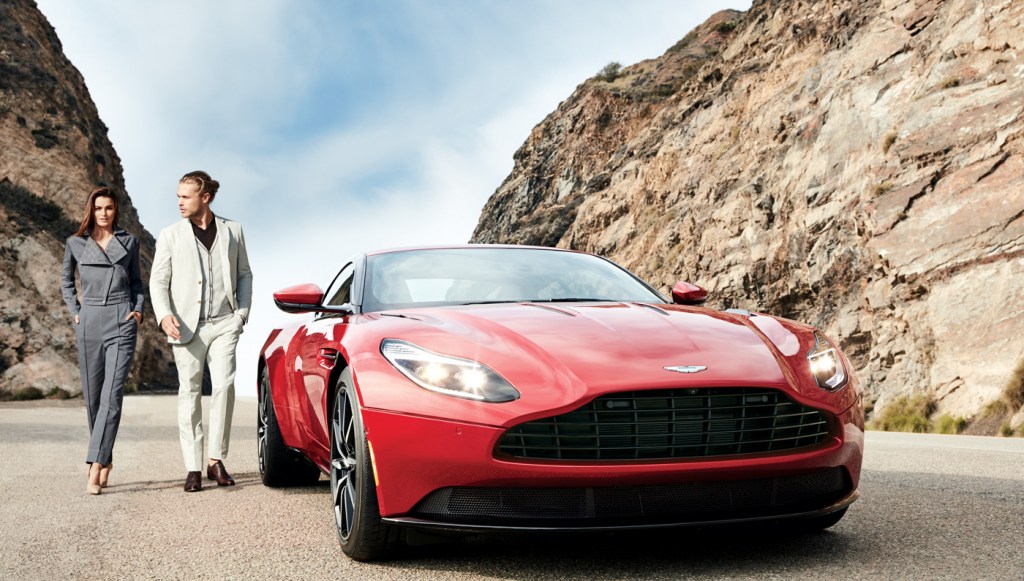 If the DB11 were less of a looker, it might earn more attention for being the Best-performing, best-handling Aston Martin yet
View Gallery — 5   Photos 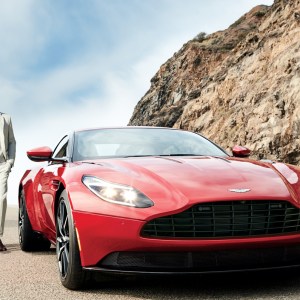 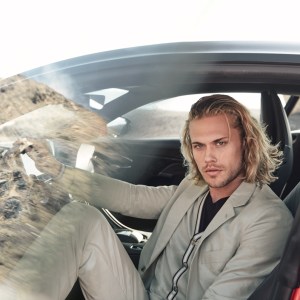 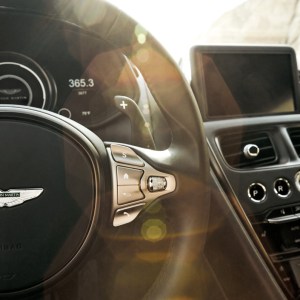 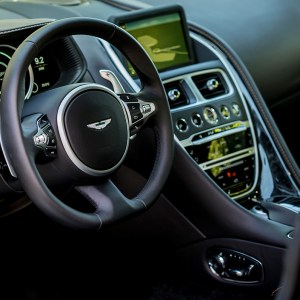 Aston Martin’s latest, the DB11, is the brand’s most capable car ever.

Some years ago, I had a conversation with an auto-restoration expert renowned for his work on classic Aston Martins. He described how on more than one occasion a tired old example of the DB5—freshly acquired for restoration by an aging business executive living out his James Bond fantasy—would arrive at his shop with the cassette-tape player on and Shirley Bassey belting out “Gold-fing-gahhh. . . .”

Although Aston Martin has a rich 104-year history, the models that collectors covet most are the DB4 and DB5 series, which were produced from 1958 to 1965. Of those, none is more famous than the DB5 that appeared in the 1964 film Goldfinger. The tricked-out coupe was finished in silver-birch metallic paint, fitted with an array of nasty gadgets, and driven by the secret agent who had it all: looks, charm, money, and what was then the world’s most exotic sports car.

The enduring appeal of the DB5 is such that contemporary Aston Martins can still confer on their owners a panache unequaled by any other marque. And while the new DB11 won’t shave off pounds, grow hair, add IQ points, or attract mates to its owner, it will turn heads and raise eyebrows, including those of its driver. You see, this is not just the sexiest Aston Martin since Goldfinger, it is the brand’s most capable and accomplished car ever.

The DB11 is the first Aston Martin launched under the company’s Second Century plan. Priced from $212,000, it is the brand’s first all-new car in 13 years, spearheading developments that will be seen in future models. Its production-line predecessor is the DB9, which was introduced in 2003. That car’s styling (by Henrik Fisker) and those of the Vantage (also by Fisker) and Vanquish have stood the test of time—they are modern classics in the most legitimate sense.

But while other auto brands have been making huge advances in technology, materials, and manufacturing since the DB9’s release, Aston Martin has been constrained by limited development budgets, causing it to fall behind the competition in everything but stunningly good looks. The DB11, though, redresses any shortcomings in the state of Aston’s art with a whole new design vocabulary that exploits aerodynamic efficiency, a new 5.2-liter twin-turbocharged V-12 that was developed in-house, and a stronger, lighter bonded-aluminum structure with a svelte skin of pressed aluminum, composite, and plastic panels.

The DB11 seems to have leapt off its concept-car carousel and onto the street. It’s as if the freshest sketch from the designer’s pen, rendered on a cocktail napkin in a frenzy of inspiration, has materialized with nary a line compromised in the translation from brainstorm to reality. Drawing inspiration from the DB10, a car created for the 2015 James Bond film Spectre and not intended for production, the DB11 features a more pronounced interpretation of the marque’s iconic grille—which may be second only to Rolls-Royce’s as the world’s most recognizable grille. The front-hinged clamshell hood, reminiscent of the Jaguar E-Type’s, conforms to pedestrian-impact regulations and, importantly, allows for a clean and tight front-end design.

The DB11’s distinctive profile describes a continuous arc from the A pillar to the C pillar. Concealed vents in the front end, side strakes, and C pillars are part of a novel air-management system. The C-pillar vents create a virtual spoiler that reduces rear-end lift by ducting air through the bodywork to a narrow exit slot in the deck lid. These tricks keep the car’s shape unadulterated by superfluous add-ons that might diminish the impact of its head-turning design. There is a deployable rear spoiler, which emerges when the going gets fast and furious.

Such aerodynamic nuances are instrumental in exploiting the most powerful engine ever in a production DB model. It generates 608 hp at 6,500 rpm and develops 516 ft lbs of torque from 1,500 to 5,000 rpm. The V-12 is front-mid-mounted for optimum front-rear balance (the ratio is 51/49) and is mated to a rear-mid-mounted 8-speed automatic ZF transmission—the unit found in so many European high-performance cars. The DB11 accelerates from zero to 62 mph in 3.9 seconds and tops out at 200 mph. Environmentally conscious owners will appreciate the feature that shuts down a bank of cylinders when power demand is low, as well as the start-stop engine-management system.

It’s a pity the DB11 is so exquisite just standing still, because if it were less of a looker, it might earn more attention for being the best-performing, best-handling Aston Martin yet. You have a choice of three driving modes, which affect the suspension (double wishbones in front, multi-link in back), steering, engine, transmission, and active-torque-vectoring system. In the GT setting, the car remains composed over bumps and road irregularities and is always responsive to driver input. The Sport setting delivers more aggressive suspension feedback through the Bilstein con­tinuously adaptive damping system.

Sport Plus transforms the DB11 into a no-compromise sports car that exploits the power and potential of the entire drivetrain. In all three modes, the electronic rack-and-pinion power steering is quick and precise, making the car feel even lighter than its 3,902-pound dry weight.

With its rip-snorting exhaust note, deep reserves of torque, and lightning-fast turbos, the DB11 has a personality with a delightfully wicked twist. It is equipped with the aforementioned active torque vectoring, sensible electronic safety governors, wholly competent brakes (6-piston in front, 4-piston with steel rotors in back), and sticky Bridgestone tires on 20-inch wheels. Nevertheless, it’s quick to remind you that traction is in the right foot of the beholder. Rear-wheel drive and all that power make for an entertaining time behind the wheel. Some drivers may find it challenging, but most will agree that the DB11 is a blast to drive fast.

The cabin is larger than the DB9’s, but while Aston Martin calls this car a 2+2, no adult can fit in the rear seats. However, the rear hatch can swallow two sets of clubs or loads of luggage. Sartorial types will appreciate Aston Martin’s bespoke approach to the opulent interior. You can choose from a vast palette of leather and trim colors and a variety of textures to specify a cabin that’s tailor-made to your taste.

Technology updates include auto-park assist and a 360-degree-view camera that keeps you from having to crane your neck when you shift into reverse. Aston Martin has partnered with Daimler, the parent company of Mercedes-Benz, to incorporate a new 12-inch thin-film-transistor (TFT) LCD for the dash, and a new, centrally mounted 8-inch TFT screen for the navigation and entertainment systems. You control them with a rotary dial or an optional touchpad. (Good riddance to the vexing and antiquated satnav system it replaces.) Aston Martin also offers a 1,000-watt Bang & Olufsen audio system as an option, because your favorite Bond theme song should sound as good as the DB11 looks.