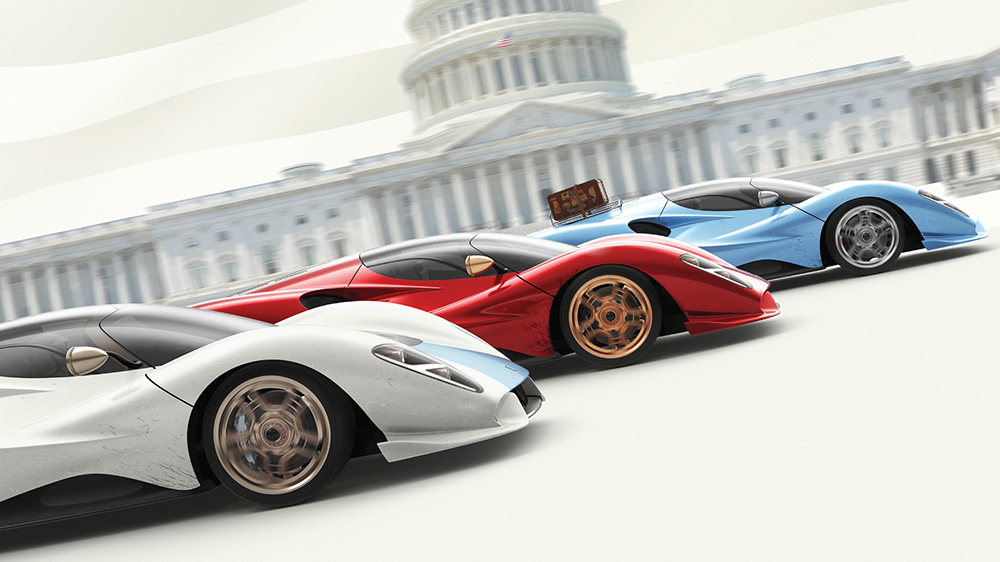 It’s hard to think of a more international car company than De Tomaso. The marque was founded by Argentinian race car driver Alejandro de Tomaso, has spent almost its entire history based in Italy and is currently owned by the Hong Kong-based investment fund Ideal Team Ventures. And now the company wants to build its upcoming P72 supercar here in the good ol’ US of A.

That’s not all.  the recently resurrected automaker plans to move the bulk of its operation Stateside as well, according to a press release. While the company has yet to decide on a location, it said it will relocate its core production, design and corporate facility to American soil as part of a new long-term strategic plan.

That strategy, which the company is calling Mission American Automotive Renaissance, is born out of the company’s love of classic American automobiles. By moving operations to the US, De Tomaso hopes it can give the American car industry a much-needed jolt and help return it to what the brand perceives as its golden age, 1920 to 1960.

“Our mission is to bring back the romance, passion and elegance of the luxury American automotive industry with our European sophistication and artisan processes,” the brand said in a statement. “We will instill and inspire innovation and pride in one’s work, creating timeless art-forms exuding individuality.”

The marque is currently involved in discussions with a number of states and intends to decide on a new base of operations within the next six months. Then in the final quarter of 2022, once the company is fully settled into its new home, production on the P72 will begin. Inspired by one of car history’s great what-ifs, the ill-fated Shelby De Tomaso P70, the curvaceous new supercar will feature a carbon-fiber chassis and be powered by a turbocharged 5.0-liter V8 mated to a manual transmission. Limited to just 72 examples, the car is expected to start at $841,000.

While the decision to pack up shop and move to a new country may seem a bit random, De Tomaso actually has some strong links to the US auto industry, having worked with legends like Lee Iacocca, Carroll Shelby and Peter Brock. Now the marque appears ready to make those ties a little more concrete.