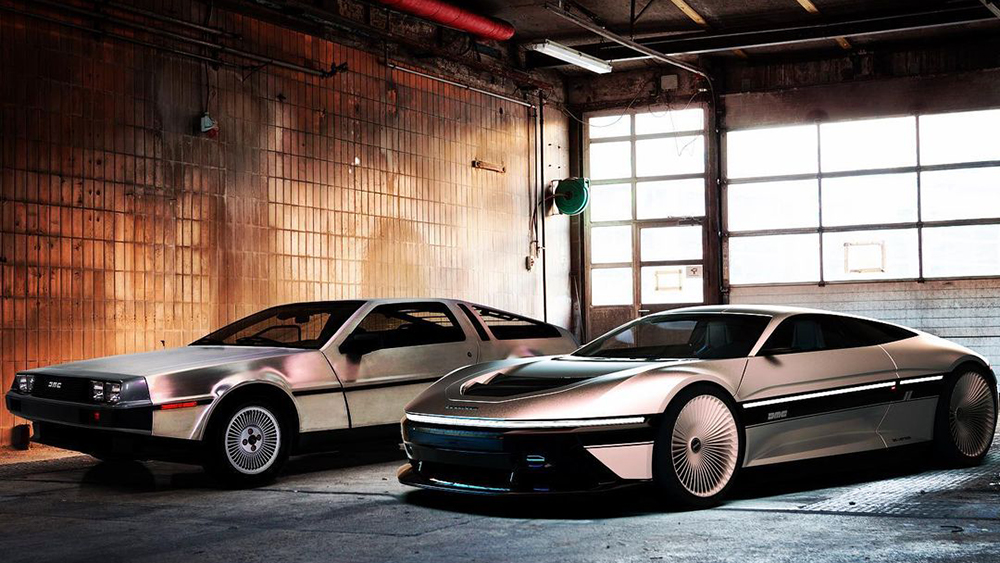 It’s long been rumored and reported that the iconic DeLorean DMC-12 would be receiving a reboot, but the lofty plans have never come to fruition. Now, one Spanish car designer has taken matters into his own hands and penned a next-gen DeLorean concept fit for 21st-century drivers.

Ángel Guerra’s futuristic take on the retro ride coincides with the DMC-12’s 40th anniversary, which will take place in 2021. It pays homage to the vehicle’s incredible legacy that was kickstarted with the Back to the Future series in the late ‘80s.

The angular four-wheeler, manufactured for the American market from 1981 to 1983, was the true breakout star of Robert Zemeckis’s beloved sci-fi trilogy. It became a firm favorite of auto enthusiasts, cinephiles, and, apparently, one 38-year-old Spaniard.

“Ever since that car rolled down the ramp of the truck in Back to the Future I knew that I will be a car designer,” he told Retrogeist.

Guerra, who has previously worked for various marques such as Rimac Automobili, completed the project in just two weeks during his spare time. He says he tried to take the design language from Giorgetto Giugiaro’s sports car-cum-time machine and mix it with German Bauhaus conventions for a minimalist overall feel. He kept the original’s low-slung profile and sleek stainless steel body, along with those trademark gullwing doors.

There are, however, some noticeable departures. The new model has bigger wheels, a wider body,  smoother, more curvaceous lines, and it exudes an attitude akin to a multimillion-dollar Bugatti or Pagani. Guerra also replaced the double square headlights and rear light setup with a continuous LED strip that runs around the car.

While the project is not connected to either the DeLorean Motor Company or the Back to the Future franchise, it’s a fitting tribute to one of the most famous collector cars in pop-culture history.

Guerra said he’d like to take on the Lamborghini Countach or Ferrari F40 next. Stay tuned.

Check out more renders of the design below: