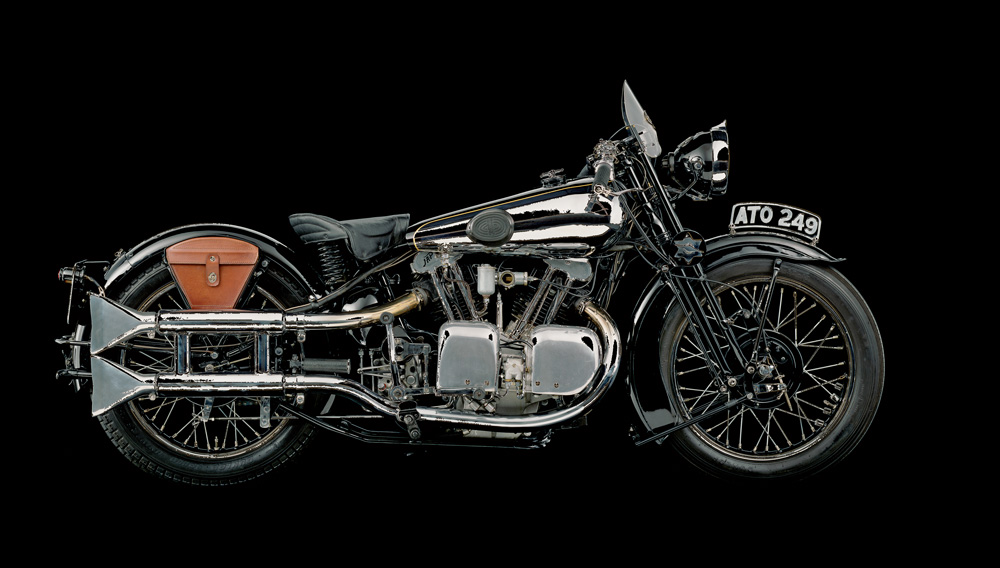 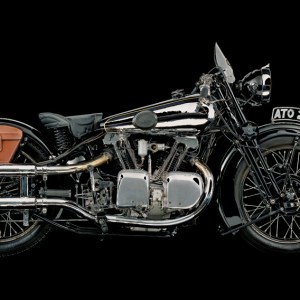 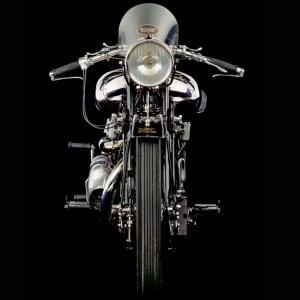 Its 75 hp engine made the SS100 among the most powerful production motorcycles of the prewar era.

Legend has it that George Brough’s father, William, was not pleased with the brand name that his son—while drinking pints at the pub with his cronies—settled on for the motorcycles he was making: Brough Superior. William, a motorcycle builder himself, is said to have snorted, “I suppose that makes mine the Brough Inferior.” Well, yes. George, who was a partner in his father’s business before setting out on his own in 1919, wanted to improve upon William’s machines and every other motorcycle being produced at the time. His goal was to build the world’s best bikes. In the early 1920s, H. D. Teague, an editor of a British publication called The Motor Cycle, provided Brough (pronounced “bruff”) with a marketing slogan that suited his intention. After test-riding an SS80 model, Teague wrote a review that referred to the Brough Superior as “the Rolls-Royce of motorcycles.” Brough transformed that line into a catchphrase for his brand by including it in all of the company’s ensuing advertisements and other promotional materials.

Located in Nottingham, England, Brough Superior manufactured about 3,000 motorcycles (across 19 models) from 1920 until 1940, when production ceased. The top of the V-twin range included the SS80 and the SS100, the most collectible of which is the SS100 Alpine Grand Sport. Only two examples were outfitted to touring specification: the one shown here and another that was ordered by the archaeologist and military hero T. E. Lawrence (aka “Lawrence of Arabia”) shortly before he died, in 1935, from head injuries suffered in the crash of another SS100. He never took delivery of his new SS100.