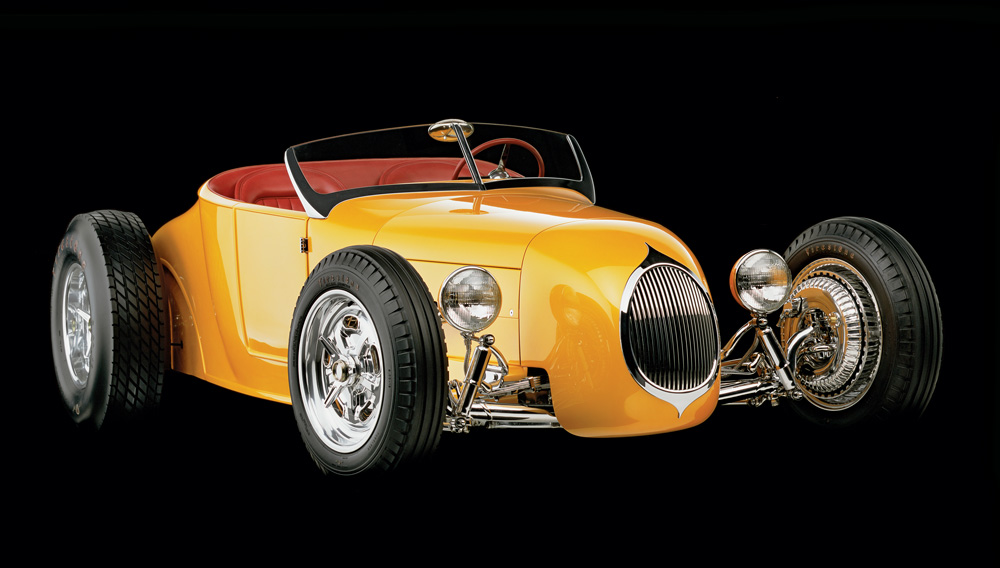 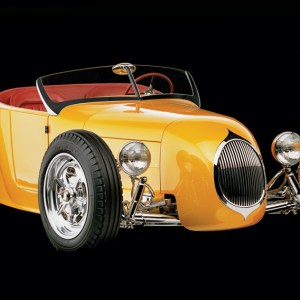 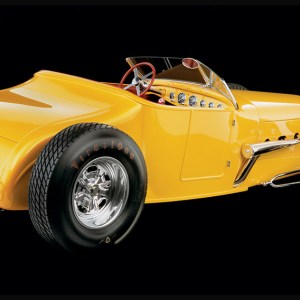 In the 1940s and early ’50s, the still-ubiquitous Ford Model T was a popular platform for early hot-rodders, whose basic formula was to take that car’s simple frame, cover it with a lightweight body or strip off the original body’s fenders and bumpers, and stuff it with the most powerful engine they could afford. This hot rod was originally constructed in the 1960s—when Model Ts were becoming scarce—with a handmade frame and a fiberglass body that was a replica of a prewar Model T dirt-track racer. The vehicle was acquired two decades ago by its current owner and has undergone numerous mechanical refinements.

A recent two-year rebuild completed by Chopit Kustom (chopitkustom.com), a three-man father-and-sons shop in Stanton, Calif., entailed replacing the fiberglass shell with an original 1927 Model T roadster body. This style of hot rod is known as a T-bucket because of the bucket-shaped body of the Model T roadster. Channeled 8.5 inches, the body sits low on the frame and features a hand-built nose and hood styled to emulate those of an Indy-track car from the 1940s. The vehicle is also fitted with a chopped and raked Duvall windshield, Kinmont disc brakes, and polished-aluminum wheels.

Like the early hot rods, this T-bucket is light and mighty. It weighs well under a ton and is powered by a polished-aluminum, 350 cu in V-8 engine topped with dual four-barrel carburetors.