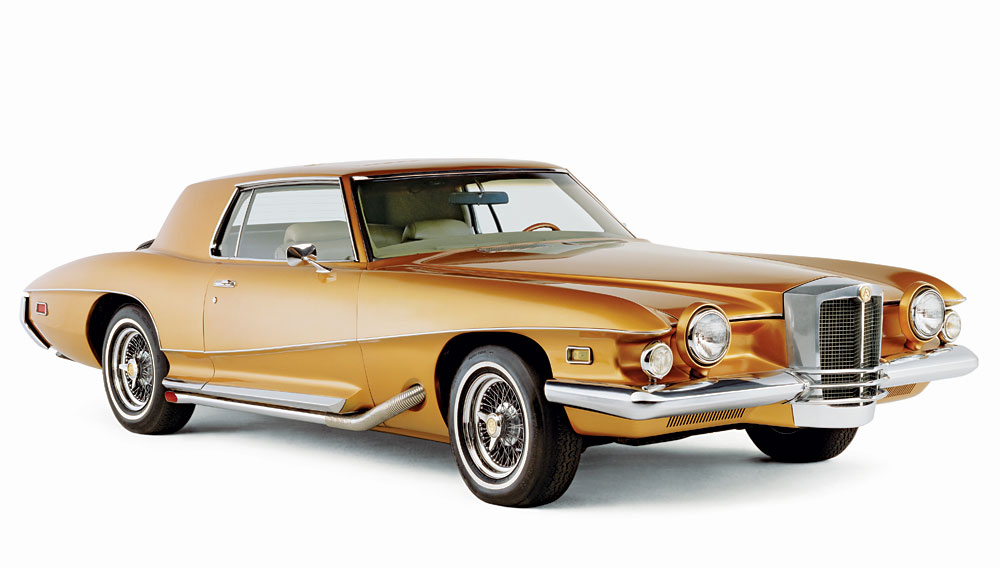 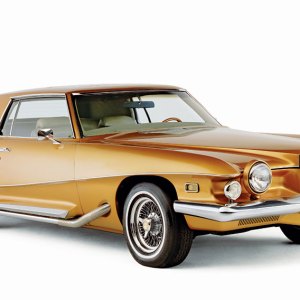 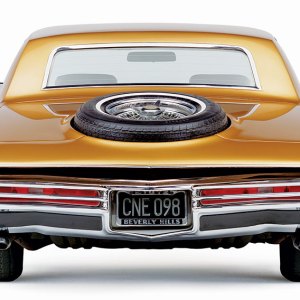 The New York banker James O’Donnell cast the die for a Hollywood cult classic when he resurrected the Stutz marque in 1968 and commissioned Virgil Exner to design the Blackhawk coupe. Exner had popularized tail fins in the 1950s when he headed the Chrysler design department.

The original Stutz Motor Company operated from 1911 until 1935. The new company, Stutz Motor Car of America, produced the Blackhawk from 1971 through 1987, delivering about 600 examples. Carrozerie in Modena and Turin built the bodies, which initially were mated to Pontiac Grand Prix chassis. The engine was Pontiac’s 455 cu in V-8.

The Blackhawk did not teeter on the precipice of excess; it made the plunge. Standard features and options included ersatz side exhausts, interior trim plated in 24-karat gold, forests of burl-wood paneling, and mink carpeting.

The roster of Blackhawk owners is filled with entertainment-industry celebrities who apparently shared an appreciation for garish opulence. Frank Sinatra vied with Elvis Presley for ownership of the first example. (Elvis eventually would own four Blackhawks.) Dean Martin, Liberace, Evel Knievel, and Tom Jones also were Blackhawk owners. The car shown here once belonged to Altovise Davis; her husband, Sammy Davis Jr., of course had a Blackhawk of his own.