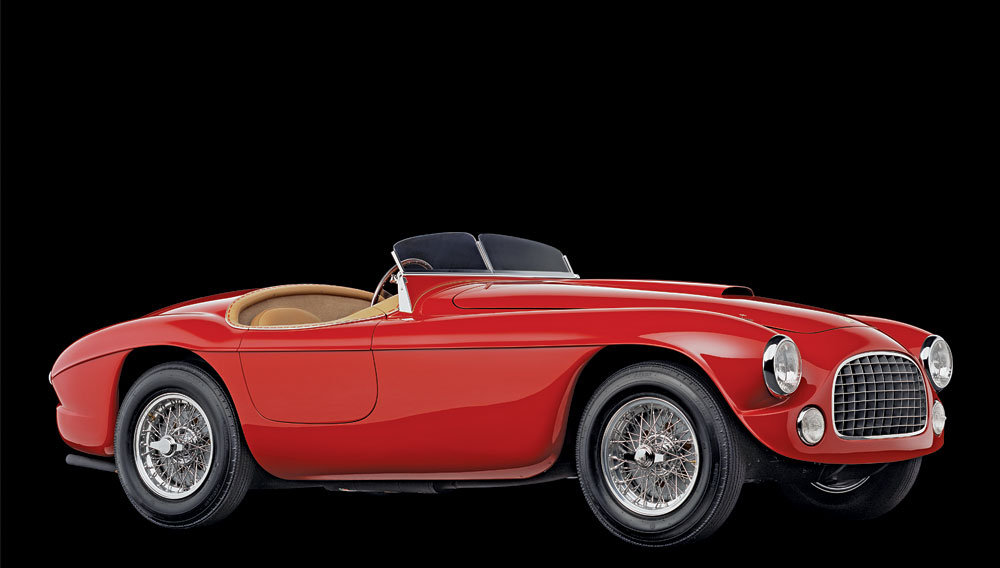 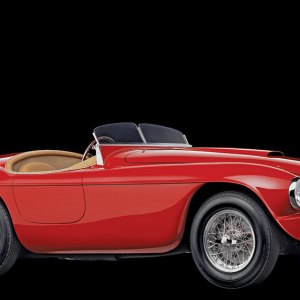 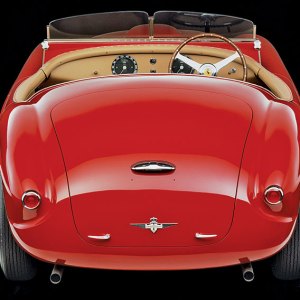 The 212 cemented Ferrari’s reputation as the sports-car maker for affluent driving enthusiasts and gentlemen racers. Ferrari produced the 212 from 1951 to 1952, offering a standard version and the more powerful Export version for racing. The company built 27 examples of the 212 Export for privateers who competed at the Mille Miglia, the Carrera Panamericana, the Tour de France Automobile, and other events. In 1951, one of the Ferraris, chassis number 0078E, took first place in the Tour de France Automobile.

Vignale, Ghia, and Motto were among the Italian coachbuilders that supplied bodies for the 212 Exports, but the Carrozzeria Touring design displayed by the car shown here, chassis number 0136E, became the quintessential barchetta shape for a Ferrari roadster.

This car was sold new to the Irish racer Robert Baird, who raced it in England until 1953. It was eventually sold and shipped to South America. Years later, an English collector discovered the car in Uruguay and restored it. In 1999, its current owner, Jack Croul of Newport Beach, acquired the 212 Export and reunited it with its original engine. Motion Products of Wisconsin completed a total restoration last year, prior to the car’s appearances at the Concorzo d’Eleganza Villa d’Este in Italy and the Pebble Beach Concours d’Elegance, where it won a first-in-class prize. In January, the 212 took a top honor at the Cavallino Classic concours in Palm Beach, Fla.