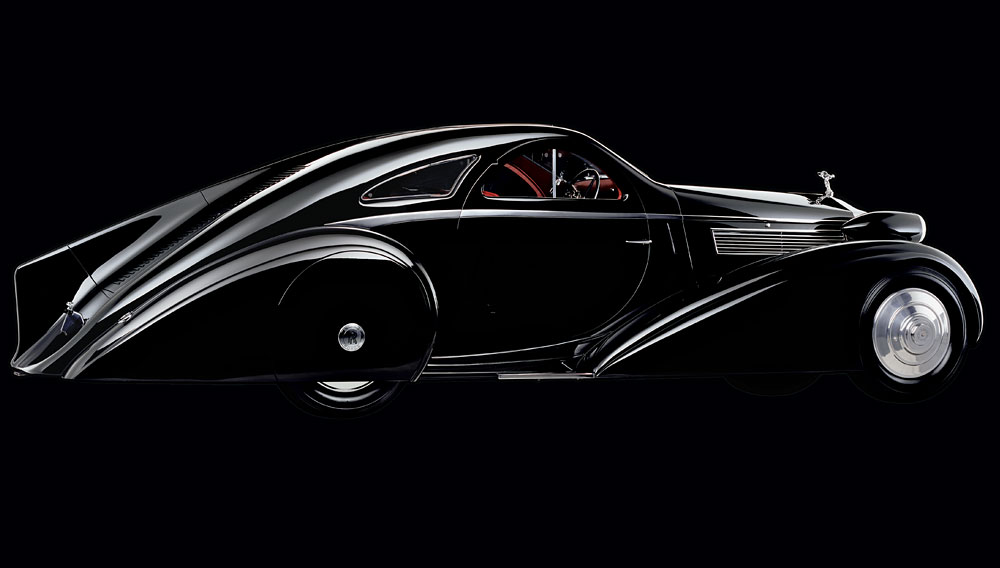 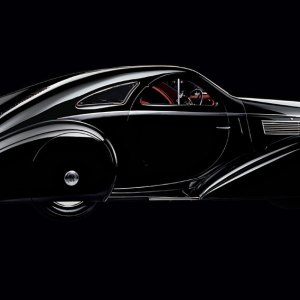 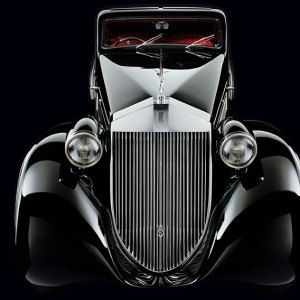 For an obvious reason, this Phantom I has been dubbed the Round Door Rolls. But the design of the doors, which evoke the entrance to a bathysphere or a bank vault, is only one of the car’s stellar art deco elements. The coachwork, created in 1934 by the Belgian coachbuilder Jonckheere, replaced the original cabriolet body that Hooper & Co. had constructed nearly a decade prior. The car’s fastback profile features design details that were as futuristic as those displayed by a Jules Verne time machine. Most notable—aside from the round doors—are the sloping grille and prominent dorsal fin, which promise speed from the car, even when it is standing still.

The flowing, aerodynamic shape was such a departure from the conservative, boxy Rolls-Royce coachwork being produced by Hooper and fellow British coachbuilder H. J. Mulliner & Co. that it appalled some purists. But it may have appealed to French tastes: Evidence suggests that the car, serial number 94MC, won a Prix d’Honneur at the 1936 Cannes Concours d’Elegance.

The Petersen Automotive Museum in Los Angeles acquired the Round Door Rolls in 2001 and restored it in time for the 2005 Pebble Beach Concours d’Elegance. The car’s checkered provenance prevented it from winning any major awards at Pebble Beach, but its stunning and elegant shape made it a crowd favorite.