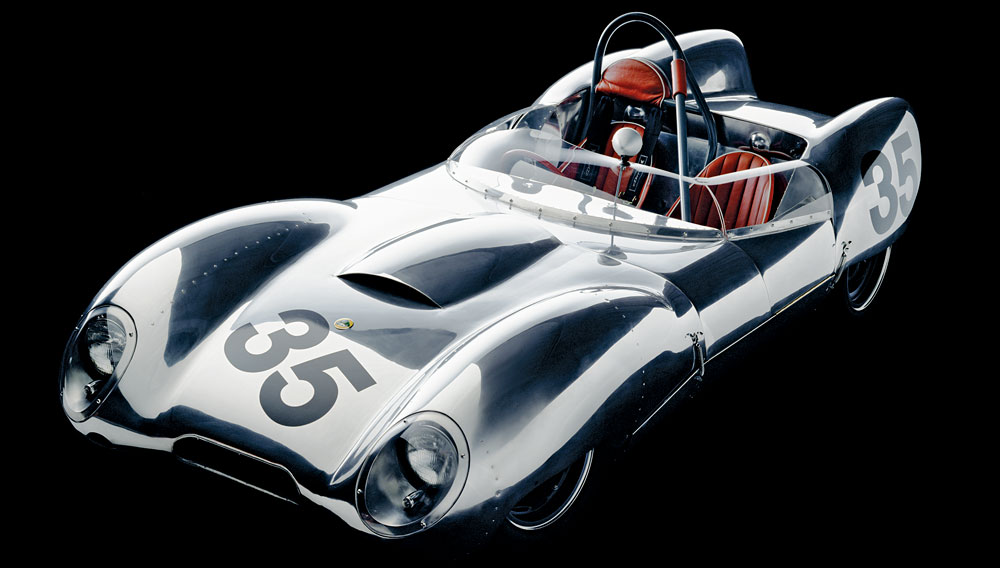 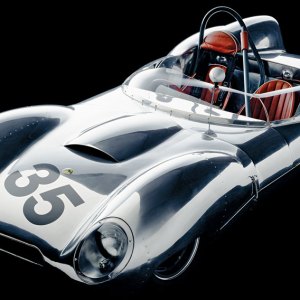 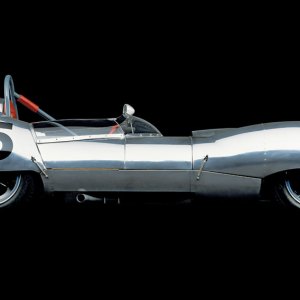 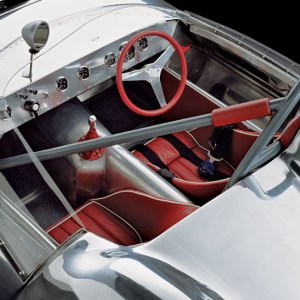 Lotus founder Colin Chapman established the company’s legacy by building cars according to his maxim, “To add speed, add lightness.” Instead of developing high-horsepower engines, Lotus focused on featherweight chassis and aerodynamic forms—for its Grand Prix and Formula 1 racecars and for its road cars, including the Elite (1957–63) and the Elan (1962–75), the latter of which inspired the Mazda Miata.

The Lotus Type 15 was a more potent version of the earlier Lotus Eleven, yet it was still exceptionally light. The car was powered by a 2-liter Coventry Climax inline-4 engine mounted in a tube frame. Lotus left the curvaceous aluminum body of the example shown here unpainted to further reduce the car’s weight, which is less than 1,000 pounds. The high power-to-weight ratio and slippery shape enabled the car to reach 140 mph and rival more imposing competitors. Two years after the Type 15, the company produced the Type 19, a mid-engine racer that signaled the demise of front-engine competition cars.