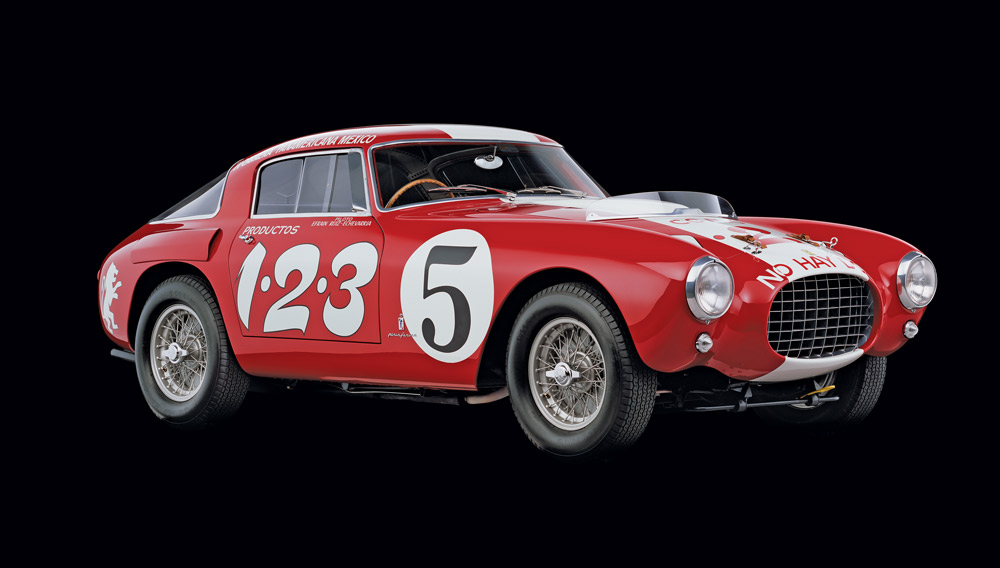 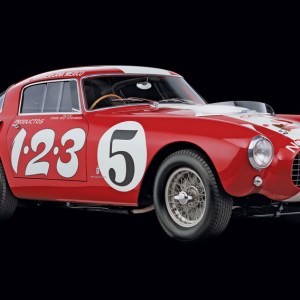 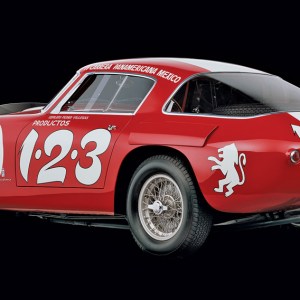 The first production-model Ferrari 250, the MM, was the start of something big for the company. It was powered by a Gioacchino Colombo–designed 3-liter, 240 hp V-12 engine that became the building block for subsequent 250 racers and road cars—from the Monza to the GT Lusso—until 1964, when it was replaced by a more powerful V-12 for the 275 series.

In 1952, a 250 prototype, the 250 S, competed in Mexico’s annual Carrera Panamericana, a grueling, nearly 2,000-mile contest that produced so many fatalities and wrecks it was canceled following the 1954 race, just five years after its inaugural run. The 250 S took the lead in the second stage and remained in front until its transmission failed with 300 miles to go.

The prototype did not complete the Panamericana race, but a year later, the 250 MM shown here did. (MM stands for “Mille Miglia,” the Italian endurance race for which the model was specifically designed.) Mexico’s Efraín Ruiz Echeverría ordered the car from the Ferrari factory and drove it to a seventh-place finish unscathed.

Of the 31 250 MM examples that Ferrari produced (all in 1953), 18 were two-seat coupes, or berlinettas, bodied by Pinin Farina. This car, which still has its original engine, claimed the best-Ferrari prize at the 1983 Pebble Beach Concours d’Elegance and won its class in 2002. In 2013 it returned to Pebble Beach, where it was shown by the noted car collector and Pink Floyd drummer Nick Mason.