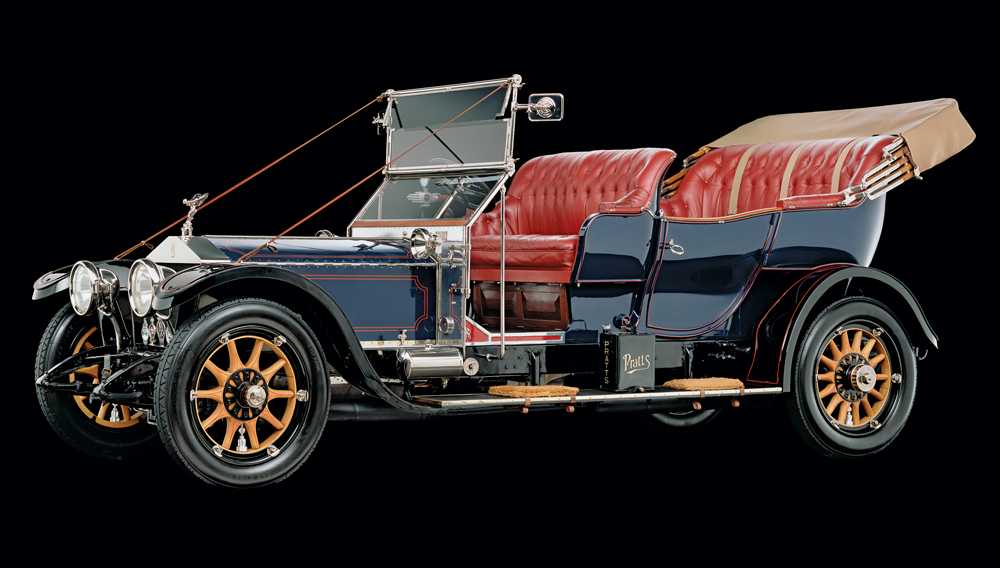 Not long after its debut at the 1906 London Motor Show, the 40/50 hp model from Rolls-Royce participated in a series of endurance events, which the then-fledgling luxury automaker expected would prove the car’s mettle. They did. The model performed so well that England’s Autocar magazine called it “the best car in the world,” coining a phrase that the company quickly adopted as its tagline and continued to use in ads and other marketing materials into the 21st century.

One of the 40/50 examples that participated in those reliability tests was an open-bodied version with elegant coachwork by Barker & Co. The design, called Roi des Belges (King of the Belgians), was specified by Rolls-Royce’s managing director, Claude Johnson. The exterior was finished in silver paint accented by silver-plated metalwork. Because of the car’s color and smooth, silent engine—a revelation in an age of violently clattering internal combustion—the automotive press dubbed it the Silver Ghost. Rolls-Royce was not so quick to adopt that moniker: Not until 1925, when it launched its 40/50 Phantom, did the company begin officially calling all previous 40/50 models Silver Ghosts.

Like most luxury cars of that era, Rolls-Royces were delivered without bodies, just as chassis and engines. Owners could commission a bespoke design from a variety of coachbuilders in Great Britain, on the Continent, or in the United States. The car shown here first had a limousine body by Connaught. It was later refitted with its current body, a Roi des Belges design similar to one worn by the original Silver Ghost.