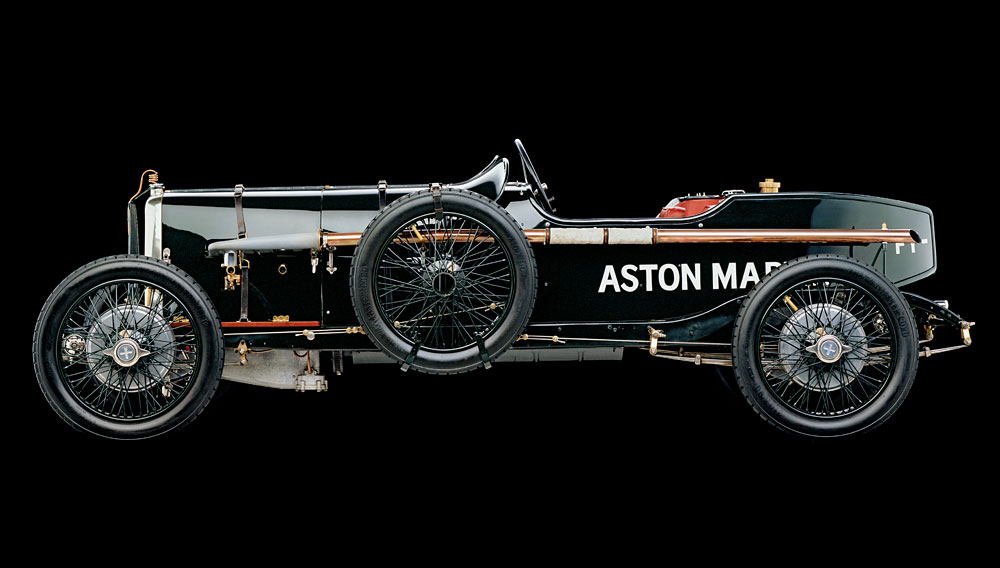 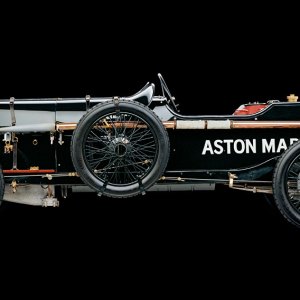 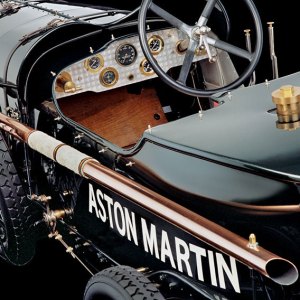 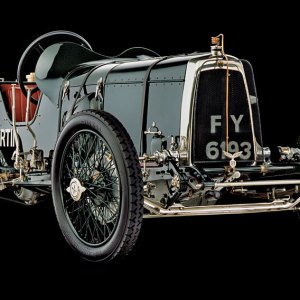 In celebration of Aston Martin’s centenary this year, Robb Report photographed chassis number 1920, which was among the first cars that the British brand ever built and is likely the automaker’s oldest surviving production car. (The A3 racecar from 1921, which is featured in “Century Marque,” page 120, is considered the oldest surviving Aston Martin.) An early example of a 40-unit series, the Side Valve—named for the design of its 42 hp 4-cylinder engine—was originally bodied as a four-seat tourer and was first owned by noted racer J. C. Douglas. A restoration in the mid-1960s replaced the touring body with the period-correct Grand Prix–style coachwork seen here. In the early years of this century, the Side Valve underwent a concours-quality restoration. The car retains its original chassis number, spare engine, and running gear. It even has its original U.K. registration.