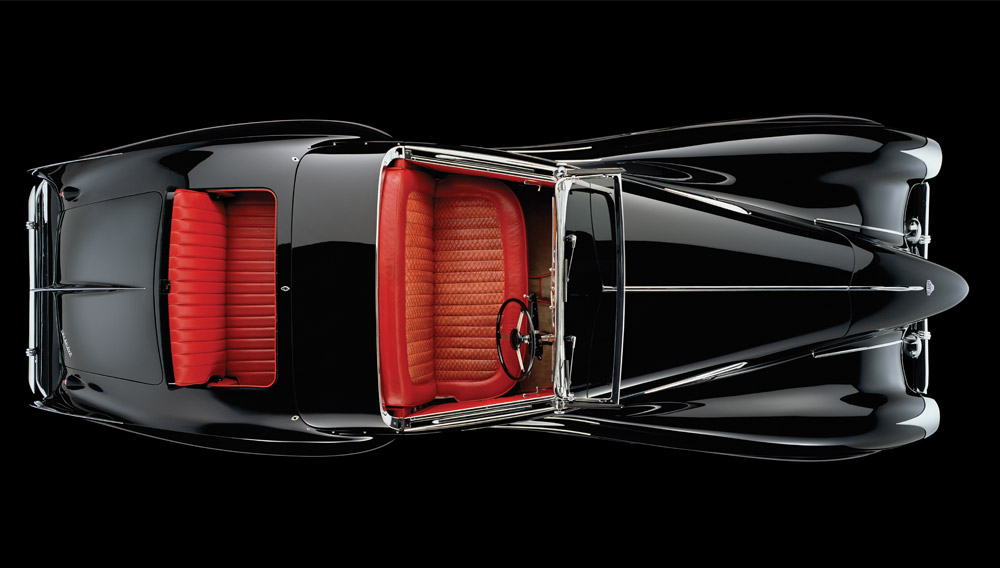 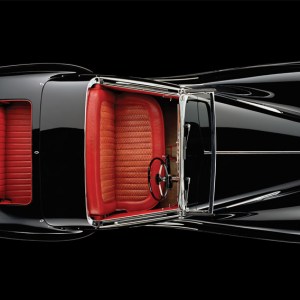 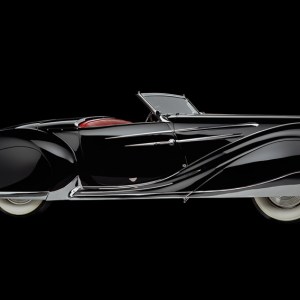 The Delahaye Narval, the fantastic creation of the French coachbuilder Figoni et Falaschi, is named—in French—for the Arctic sea creature it resembles. The graceful lines of the hood, center section, and trunk evoke the shape of the narwhal’s body, and the car’s protruding nose clearly references the unicorn-like tusk that distinguishes the male members of the species. The first of what is believed to be only seven Narvals was assembled shortly after the conclusion of World War II­­­ (when Delahaye resumed building cars after a six-year hiatus), in time to appear at the 1946 Salon de L’Automobile de Paris.

Narwhal derives from an Old Norse word meaning “corpse whale”—a reference to the grayish color of the animal’s skin and its habit of floating motionless near the surface of the water—but the Delahaye showed plenty of life. It was powered by a 130 hp inline-6 engine and built on the company’s 135M chassis, which was a sportier version of the 135, a luxury car that was also a successful racer. The 135’s impressive showings in prewar grand prix included a victory at the 1938 24 Hours of Le Mans. Delahaye continued building the 135 and 135M until the company shuttered in 1954.

The Narval, chassis number 800516, was delivered new to the owner of the now defunct French fashion house Prima. It was named Cover Girl and appeared in print ads for Prima’s Cover Girl–branded women’s shoes.