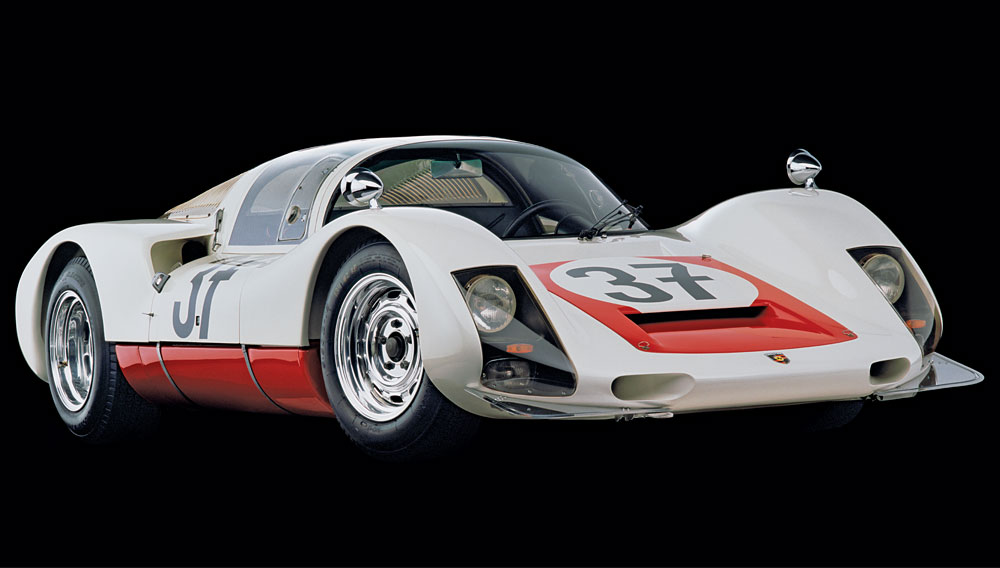 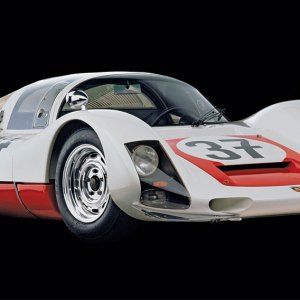 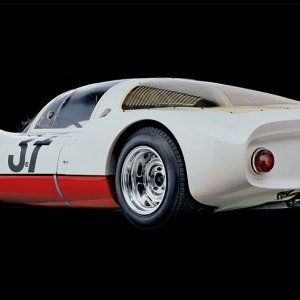 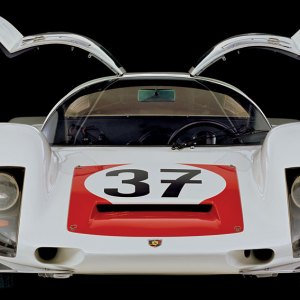 Porsche developed the 906—also known as the Carrera 6—to conquer the Group 4 racing class, which consisted of limited-production, street-legal sports cars. Designed by Ferdinand Piëch, the 906 was sleeker, faster, and more reliable than its predecessor, the beautiful 904. The 906’s tubular space frame and unstressed-fiberglass body made the car strong and light. Its 2-liter flat 6—a racing variant of the engine familiar to 911 drivers—developed about 220 hp and enabled the 906 to achieve a top speed of 170 mph.

At Le Mans in 1966, examples of the 906 finished fourth, fifth, sixth, and seventh, behind the Ford GT40 MkIIs that famously took the top three spots. The car shown here, serial number 906134, had a long racing career before eventually undergoing a 4,000-hour restoration. Such an investment is a testament to the 906’s significance in the marque’s racecar lineage.