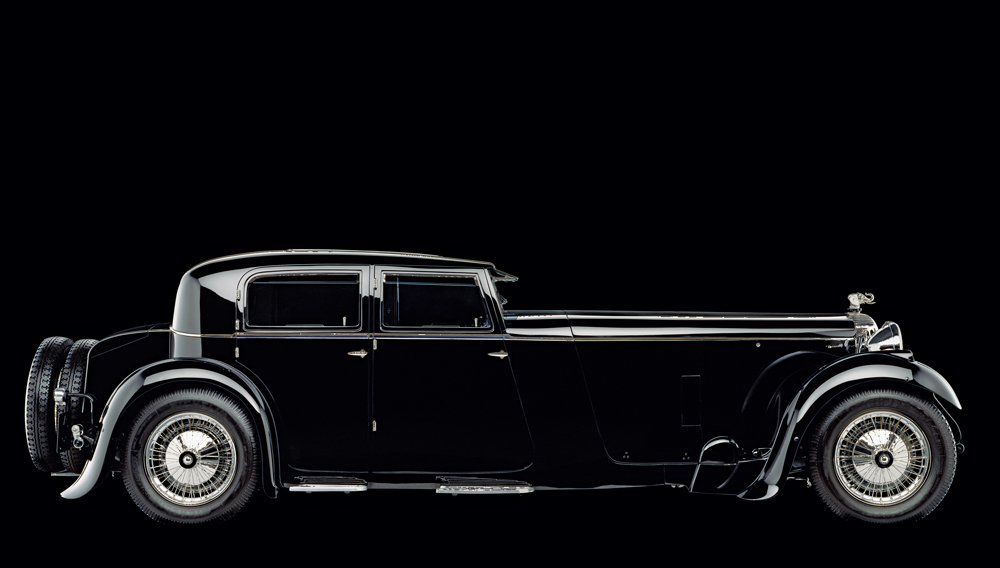 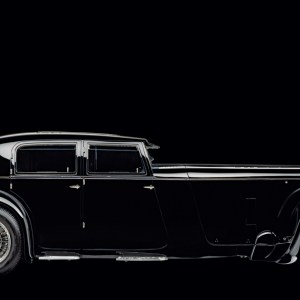 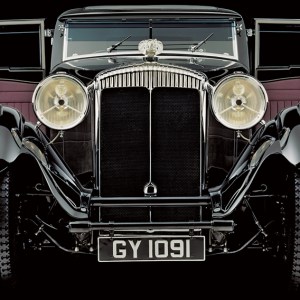 The Daimler Company was an independent manufacturer that licensed its name from the German automaker Daimler at the end of the 19th century and quickly became a favorite of the British elite. The company, based in Coventry, England, was awarded a Royal Warrant in 1902 and remained the monarchy’s official motorcar manufacturer until 1955, when Queen Elizabeth II granted the privilege to Rolls-Royce.

Thirty years earlier, Daimler’s rivalry with Rolls-Royce prompted the company to develop the Double Six series. The cars were powered by a new 6.5-liter V-12 that was essentially two inline-6 engines paired in a V configuration. It developed 150 hp and featured a sleeve-valve design that enabled the cars to run relatively quietly. Daimler delivered the first Double Six in 1926, a year after Rolls-Royce launched the Phantom I, a more powerful version of the Silver Ghost.

Though Daimler continued to offer the Double Six until 1937, it built only 26 examples. The one shown here—with an 8-foot-long hood, massive wheels, and a low roofline—is a long-wheelbase version. Its wheelbase, at 13.3 feet, is nearly as long as that of Bugatti’s Type 41 Royale.

The car is said to have been commissioned for the British actress Anna Neagle by Herbert Wilcox, the film producer and director whom she would marry in 1943. In 1932, the year the car was delivered, Neagle starred in the first of 32 films made by Wilcox.