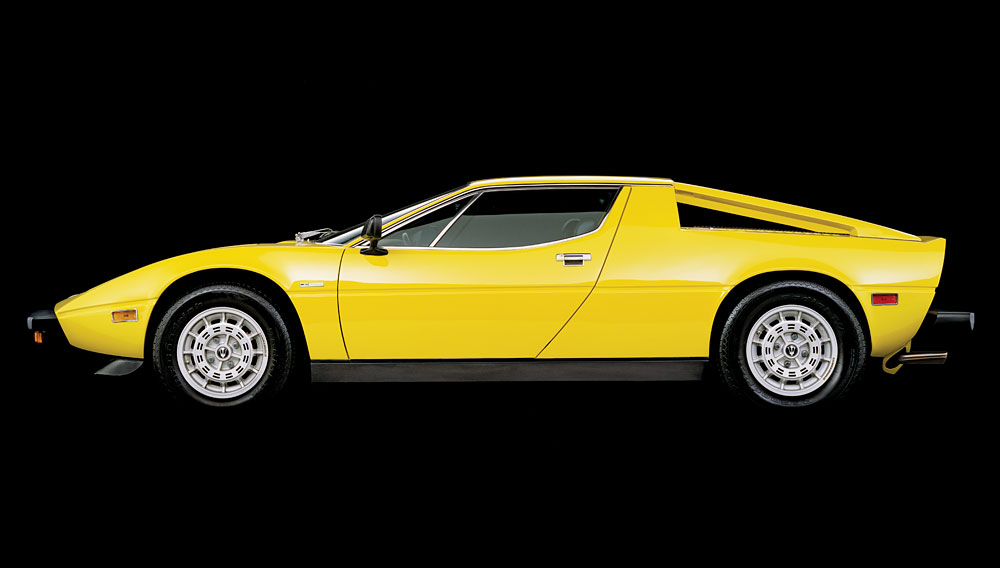 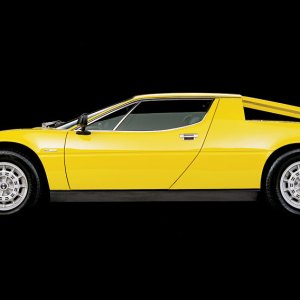 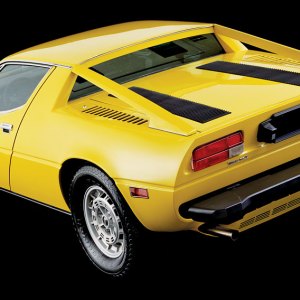 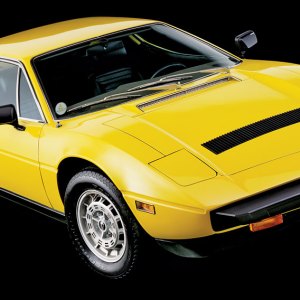 Named after a star in the Ursa Major constellation, the Merak was a less powerful, less expensive, and better handling sibling of Maserati’s V-8 Bora. The Merak’s smaller V-6 allowed for the addition of two tiny rear seats; a painted roof and flying buttresses further distinguished the Merak from the Bora, which had a stainless-steel roof and a glass rear canopy.

Maserati introduced the Merak in 1972, when the company was owned by Citroën, and produced it until 1983. The original model had Citroën’s byzantine hydraulics and the Citroën SM’s dashboard. Later versions featured simpler systems and updated Bora interior details. The SS version of the Merak was powered by a quad-cam 3-liter engine that produced 217 hp. The car was enjoyable to drive, but the power was underwhelming for such a beautiful and promising design.