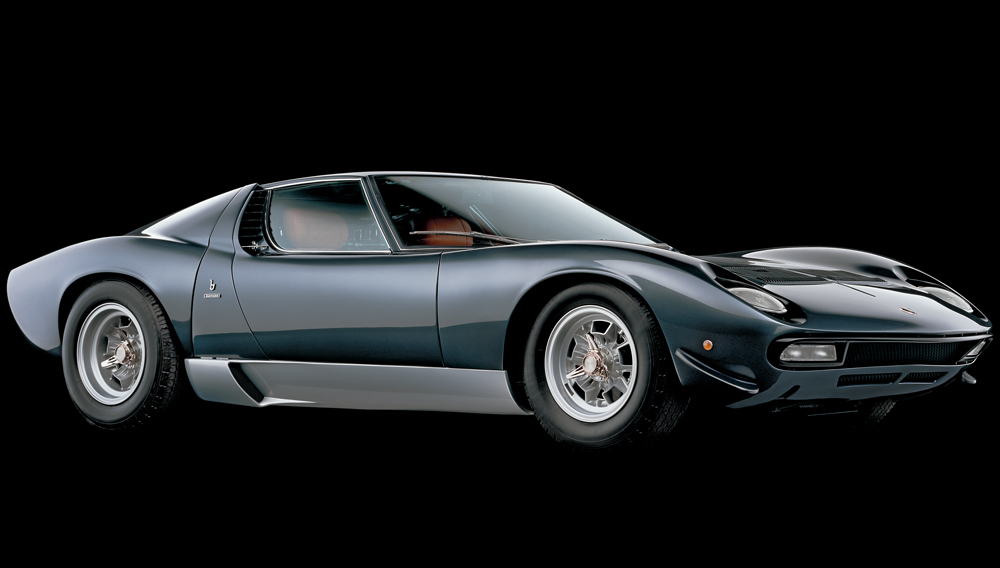 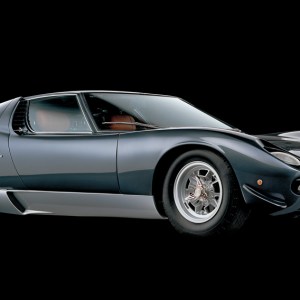 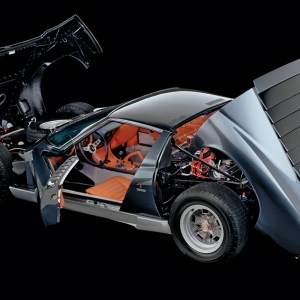 Now an icon of 1960s design, the Miura P400 created a sensation when it was introduced at the Geneva Motor Show in 1966 and brought fame to Lamborghini, a fledgling brand at the time. The low-slung sports car was revolutionary, with its transversely mounted V-12 positioned midship and enveloped by a stunning body that Marcello Gandini designed and Bertone built. (The P in the car’s name stands for posteriore and refers to the placement of the engine; the 400 refers to the engine’s 4-liter displacement.)

The Miura evolved through three model variants that began with the P400. The P400 S and then the P400 SV followed, with Lamborghini producing about 150 examples of the latter from 1971 to 1973. The SV stands for Superveloce, which translates to “high-speed” or “super fast,” and with a top velocity exceeding 170 mph, the SV was the rocket ship of its era.

At a glance, all Miuras appear similar, but the SV has wider rear wheels and wheel arches, revised taillights, and pop-up headlights that eschew the “eyelashes” embellishing earlier Miuras. More significantly, Lamborghini increased the SV’s power by 15 hp to 380 hp. The final 96 examples featured a split-sump aluminum engine block that separated the engine from the transmission. It eliminated the possibility of metal shavings—a result of ham-fisted gearshifts—destroying the engine.

The Miura SV has recently achieved superstar status as a collector car. It was the first million-dollar Lamborghini, and today a superb example can command nearly $2 million.