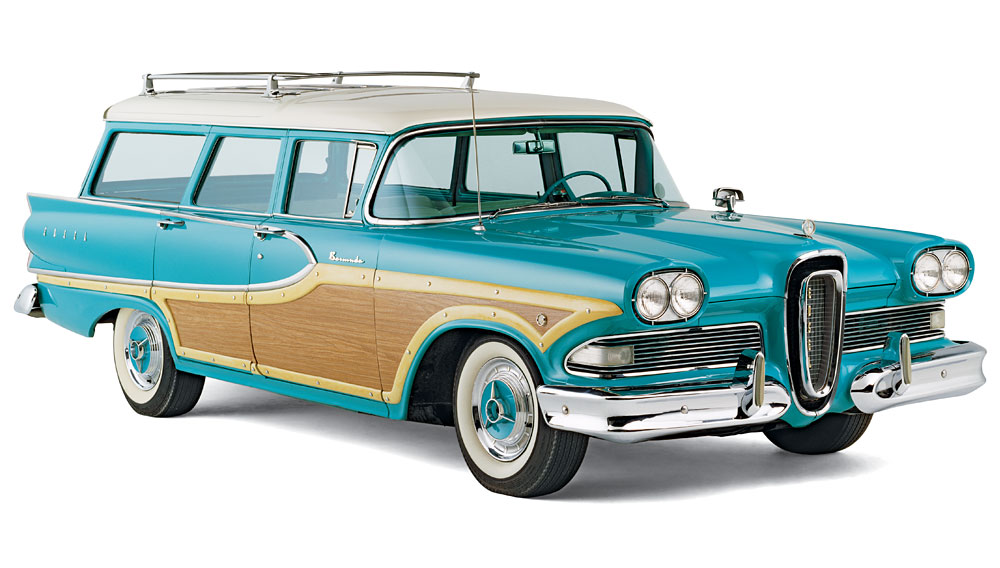 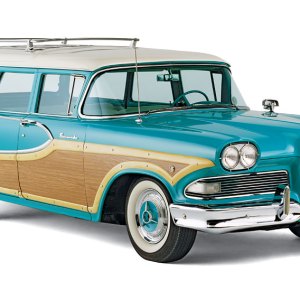 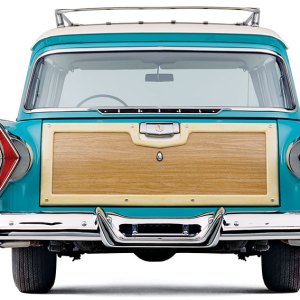 Launched amid a colossal advertising campaign, Ford’s Edsel brand—named for the late son of company founder Henry Ford—was a short-lived venture intended to fill the price gap between Ford- and Mercury-branded cars. As one sales executive recalls, the Edsel was “the car for the young man on his way up.”

However, by the time the debut models arrived in showrooms on September 4, 1957—dubbed E-Day—the country had fallen into a recession, which stalled the ascent of the upwardly mobile and, among other factors that included faulty assembly, led to dismal sales for Edsels. In November 1959, about a month after it introduced the all-new 1960 model, Ford shuttered the Edsel division. Since then the brand name has remained synonymous with a vigorously promoted dud.

The Bermuda, one of the seven 1958 Edsel models, was powered by a 361 cu in, 303 hp V-8 that guaranteed smooth sailing, and the car could be equipped with such optional amenities as air-conditioning, making it an ideal accomplice for family vacations and weekend road trips. The Bermuda displayed the signature Edsel horse-collar grille, au courant wood-grain side trim, and boomerang-shaped taillights—an ill-conceived design element found on some Edsel wagons. The lights pointed inward so that when the turn signal flashed, it appeared to indicate the opposite direction of the turn.