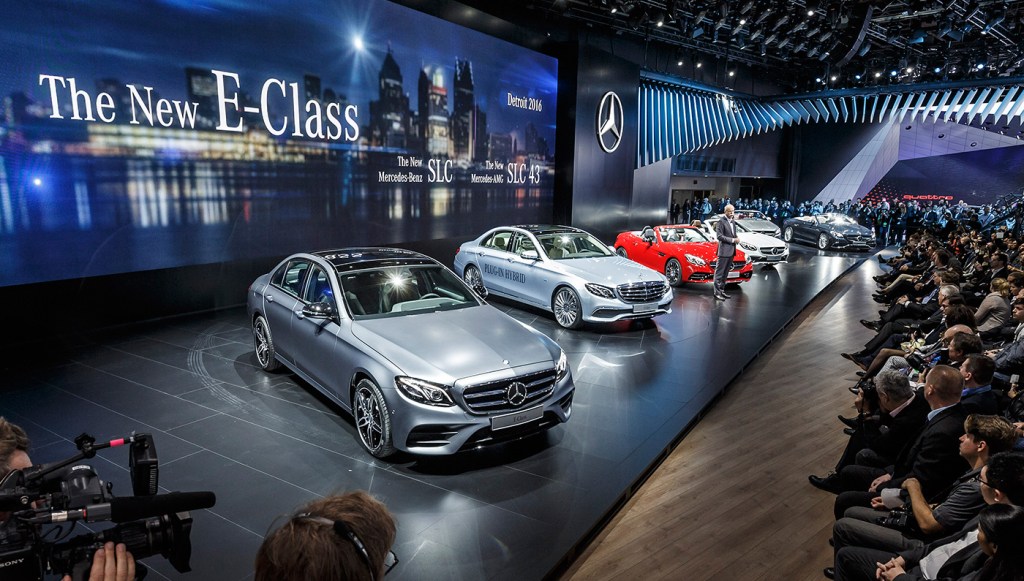 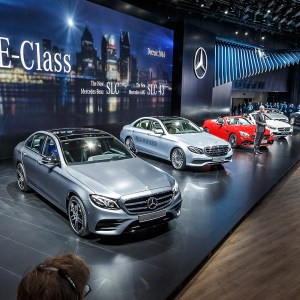 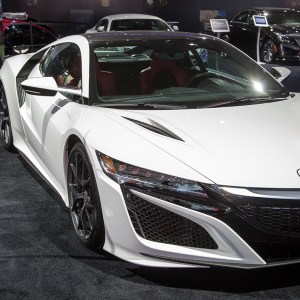 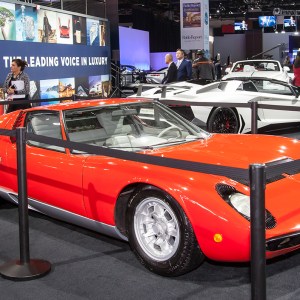 Blizzards and subfreezing temperatures cannot deter the auto industry from descending on COBO Center in Detroit every January for the North American International Auto Show (NAIAS). This year, Robb Report was out in full force, getting the scoop on the most exciting reveals, and interviewing prominent industry figures, with a focus on design trends of the past, present, and future.

For the first time ever, Robb Report had its own stand at the NAIAS, filled with twelve vehicles that represent both timeless and cutting-edge designs. Examples ranged from classics like the 1969 Lamborghini Miura to avant-garde sports cars like the new Acura NSX and the BMW i8. Perched atop our display was our own video studio where we interviewed several designers and executives from Ford, Acura, Audi, BMW, Mercedes-Benz, Lexus, Lincoln, and more.

The weekend before the show opened to the media, things kicked off at the MGM Grand with the Gallery, a collection of exotic cars each priced at $100,000 or more. Aston Martin, Bentley, Ferrari, Lamborghini, and Rolls-Royce were among those showing their latest models at the charity event (benefiting the Henry Ford Hospital), where guests dined on delicacies prepared by Wolfgang Puck, as well as bid on prizes that included a trip to the Paris Motor Show.

On the eve of the show, while construction workers hammered away and manufacturers rehearsed their press conferences, our illustrious automotive consultant Robert Ross and I conducted behind-the-scenes VIP tours of the floor for enthusiastic groups of American Express cardholders. We discussed the cars on display at the Robb Report stand, as well as overarching themes we would see over the next couple of days.

One of those themes was the return of the luxury sedan, with all-new flagships from Lincoln in the form of the resurrected Continental, along with Volvo’s S90. Both aim to take on full-size luxury cars that include the likes of the Audi A8 and the BMW 7 Series. Acura, meanwhile, debuted its Precision Concept, an idealistic rendering of what the brand’s future production sedans might look like.

Mercedes-Benz introduced the newest iteration of the E-Class sedan, with styling inspired by the S-Class flagship. Perhaps most exciting is the new E-Class’s interior, which we first glimpsed late last year in a secret closed-room session in Germany. New large widescreen displays can be controlled via touchpads on the steering wheel, allowing the driver to access the car’s functions without taking his or her hands off the wheel.

Sports coupes were another highlight of this year’s show, with the BMW M2, Infiniti Q60 coupe, and Lexus LC 500 making their world debuts. The new Lexus, which was long-rumored but not confirmed until the cover came off, took home the Eyes on Design prize for best production car, as well as best interior. Buick also impressed media and fellow designers alike with its gorgeous Avista Concept, which won the Eyes on Design prize for best concept car.

In addition to all things automotive, Robb Report also had a chance to sit down with some of the people helping to reshape Detroit, including Heath Carr, CEO of Shinola watches, and former Detroit mayor David Bing.

With auto-show season in full swing and Chicago, Geneva, and New York following in the next few months, we should see a continuation of current design trends that include highly sculptured lines; “floating” elements on headlights, rooflines, and taillights; and more 3-D–printed materials and trims. We will also see semi-autonomous driving functions reach more luxury cars, including systems that can automatically steer a car on marked roads, such as that in the new Volvo S90. Stay tuned as we continue to bring you the hottest new cars and the latest in design and technology. (naias.com)