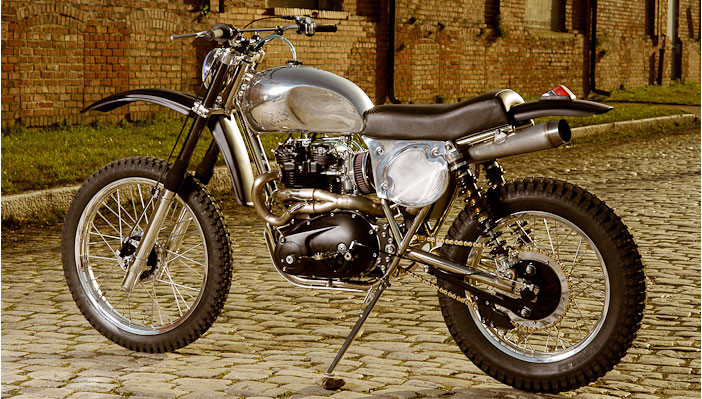 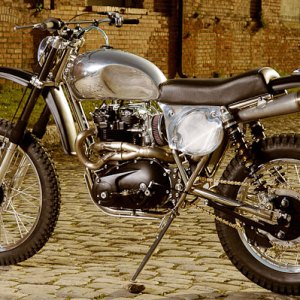 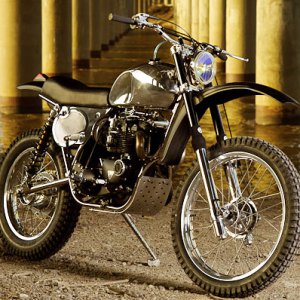 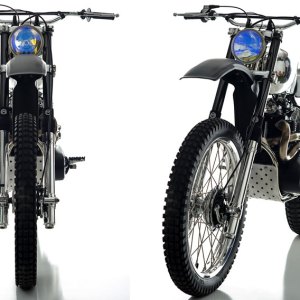 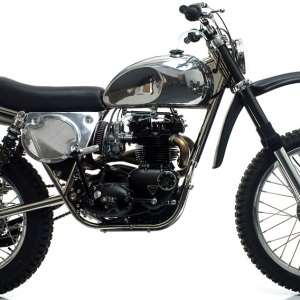 Starting with a 1974 Triumph T140 Bonneville motor and a frame built from scratch, Rathburn modified the road-bike engine for off-road duty. But the conversion presented its own set of obstacles, including the need to reposition the carburetors inward to prepare the bike for the rigors of dirt biking; that task alone involved nearly 40 hours of welding and machining on the cylinder head. Aluminum pieces like the fuel tank were hand-formed by Rathburn to create a look consistent with the Triumph brand, and suspension was supplied by Race Tech.

After spending roughly 800 hours building his bespoke bike, Rathburn insists the Overland is no garage queen. “Everything works as it should,” he says. “It functions like a dirt bike, wheelies and jumps very well, and is very capable.”

When asked if this bike is for sale, Rathburn relied: “Everything is for sale, but I built it for me.” Price upon request. (804.356.5136, www.atombombcustom.com)