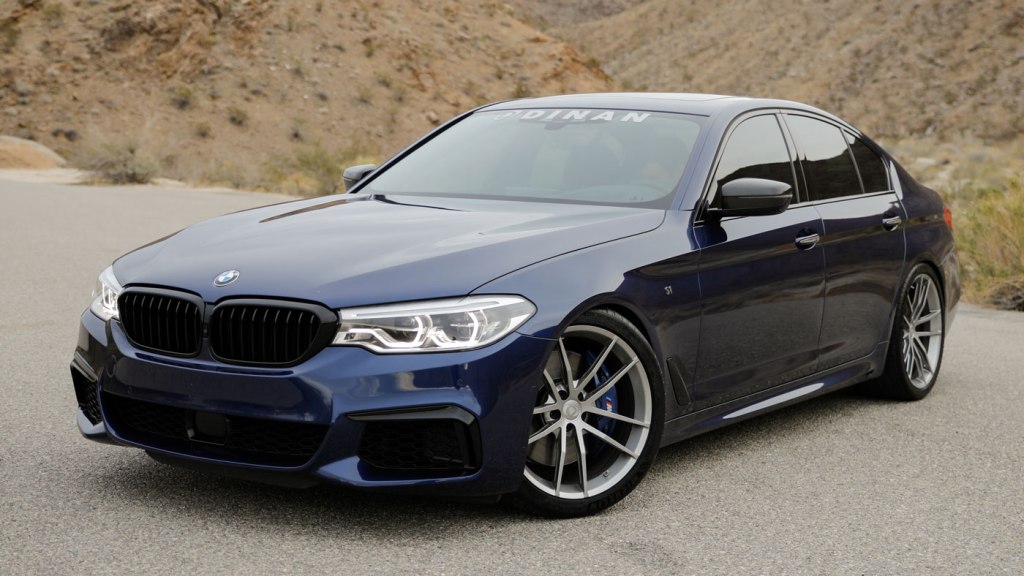 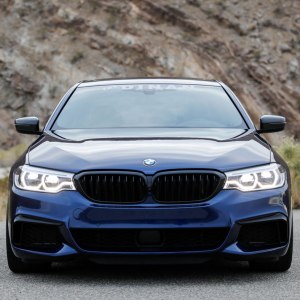 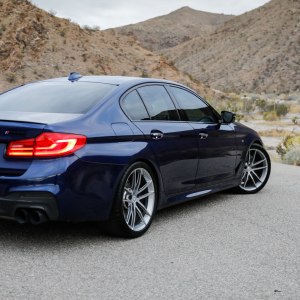 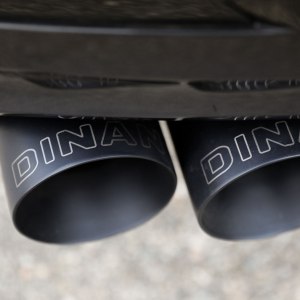 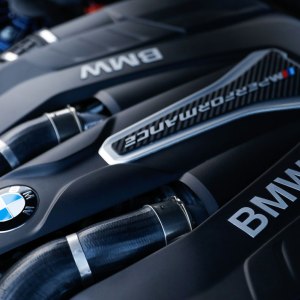 Hyperbole is the hallmark of advertising, and the automotive industry is no exception. Take, for example, BMW’s tagline “the Ultimate Driving Machine.” The familiar phrase seems fundamentally outdated when considering the likes of the latest from Lamborghini, Ferrari, and Bugatti. But then I was invited to spend time behind the wheel of a new Dinan BMW M550i xDrive, and the German marque’s motto no longer seemed so far-fetched.

Known to BMW devotees, Alabama-based Dinan has been one of the definitive tuners of the brand, bolstering multiple facets of every car in its charge without compromising the automaker’s engineering and warranty.

“Dinan believes that every driver deserves to get the most from their vehicle,” says Dinan engineer Philip Munoz. “And as North America’s premier tuner of BMW and other European marques, we are dedicated to a single overriding objective: to develop the fastest, best-handling, and most reliable street-legal cars available anywhere. This is what the original Dinan mantra, ‘Performance without Sacrifice,’ is all about.”

In the case of Dinan’s M550i xDrive, that mantra is manifested impressively. The souped-up BMW 5 Series sedan has been given several enhancement packages, including what Dinan dubs the Dinantronics Performance Tuner–Stage 1. The upgrade integrates computer hardware and software systems that help give the 4.4-liter, twin-turbocharged V-8 engine a total of 606 hp and the ability to generate 635 ft lbs of torque. That’s another 170 horses and 155 ft lbs of torque compared to the standard model.

“We want the most power we can deliver without sacrificing the reliability or the longevity of the engine,” says Munoz. “In the case of the M550i, the desire was to hit 600 bhp without having a bunch of supplemental parts added to the mix in order to achieve that, which we were able to accomplish.”

On a sun-soaked stretch of Southern California’s Pacific Coast Highway, I had to fight the urge to flatten the accelerator and submit to the surge of power, but traffic and the inevitable ticket kept temptation in check. Once off the touristy artery, though, I selected Sport mode—one of three, including Eco Pro and Comfort, offered through the car’s Driving Dynamics Control feature—and effortlessly crested Malibu’s Decker Canyon Road while using the paddle shifters to seamlessly transition through the gears of the 8-speed transmission.

Along the way, the engine’s rich song resonated off the flanking cliff band, a soundtrack amplified by Dinan’s new G30 M550i exhaust. The black tips are double-walled and measure 4 inches in diameter, Dinan’s largest to date. In addition, the system’s stainless-steel Dinan High Flow Mid-pipe lightens the load while heightening the harmonics.

Complementing the engine’s chorus is the car’s superbly orchestrated suspension, which has been further refined by Dinan’s performance spring set, along with the tuner’s ride quality and handling kits. These component combinations improve spring stiffness by 15 percent and lessen front and rear compression, which, for me, translated to greater confidence in the corners as I made my descent back to sea level.

During the Saturday and Sunday that the four-door was in my possession, I made sure to share the ride experience with various passengers—each becoming equally enamored with the example. It didn’t hurt that the cabin came with 20-way front seats dressed in Dakota leather, a 16-speaker Harman Kardon surround sound system, and tony trim that included illuminated cobalt-blue piping along the perimeter.

When it was time to surrender the sedan, I reassessed my original take on BMW’s tagline. Despite Dinan’s help, the M550i xDrive still can’t be called the ultimate driving machine when considered objectively. However, for me and a few friends that weekend, it certainly was.