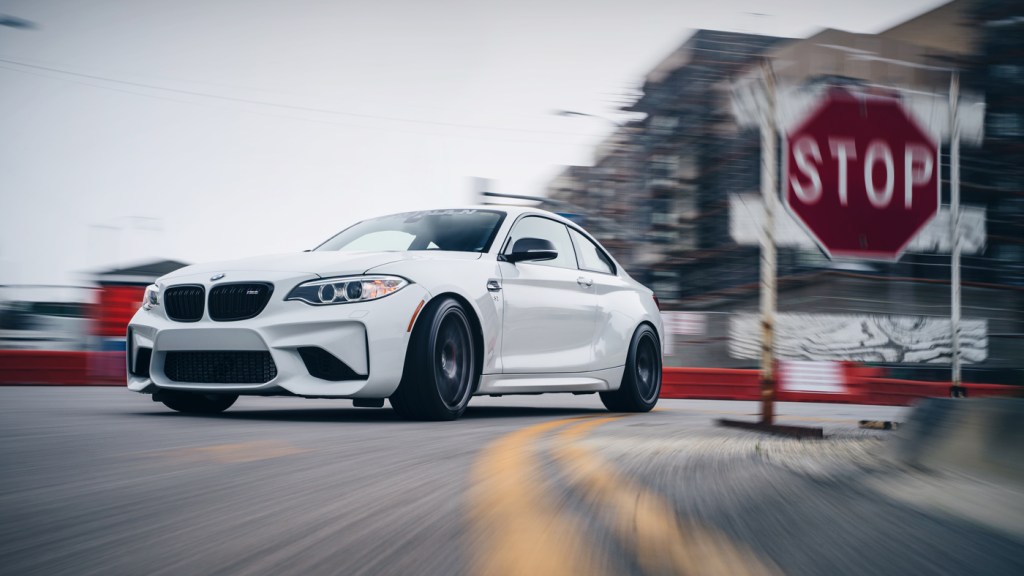 BMW’s souped-up “M” cars are focused pieces of machinery that enhance every aspect of the original donor vehicle’s dynamics—from engine and suspension to chassis and brakes. But for drivers who are still unsatisfied by the manufacturer’s high horsepower offerings, that edge can be further sharpened by Dinan Engineering.

The Northern California–based tuning shop has been transforming perfectly quick BMWs into fiercer versions of their former selves for 38 years. And its work has been backed up by a factory-matching new car warranty (4YR/50k) through the BMW Dealership network for over 20 of those years.

Rather than significantly altering the character of the car’s personality, Dinan’s modifications amplify it. Fire up the 3-liter inline-6, and the stainless steel exhaust produces an emphatic low frequency burble. The sound can be mitigated by avoiding the resonator delete kit, which was likely responsible for our tester’s considerably louder exhaust note.

Acceleration in the Dinan M2 is palpably more insistent than the stock car, but throttle responsiveness does not feel out of keeping with the car’s baseline settings. The stock engine doesn’t want for power, but the enhanced engine is even more satisfying. Once the turbochargers have a moment to spool, a rush of power reveals significantly more torque available in the low to middle range of the power band. The sensation of thrust nudges the Dinan M2 incrementally away from the pedestrian and closer to supercar territory.

The ride is also noticeably firmer, but the tradeoff is a newfound level of responsiveness and control. Dinan’s rear suspension toe links help the car feel planted, enabling the M2 to corner with more precision and balance. Commensurate with the improved handling are the uprated brakes, which bring the M2 to swift and effective stops.

Quicker, nimbler, and more athletic than the already capable BMW M2, the Dinan BMW S2 M2’s suite of upgrades elevate the affable two-door to a car worthy of tackling the world’s great racetracks. While not for everyone, those willing to sacrifice incremental amounts of comfort will be treated to one of the most driver-focused, sub-six-figure sport coupes money can buy.