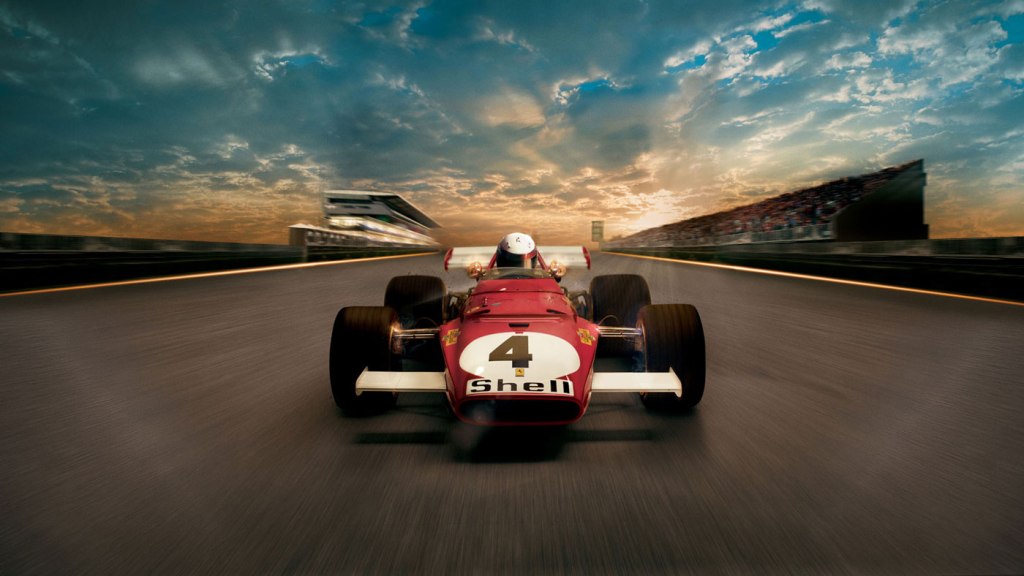 Forty-six years after screaming down a Grand Prix track, one of Ferrari’s most iconic early 1970s Formula One cars — the 312B — was brought back to life for a spin around the Monte Carlo circuit at the emotional and financial behest of its owner, Le Mans-winning racer and pasta company scion Paolo Barilla.

But while this is far from the first or last restoration of a legendary racing machine, it is one that, fortunately for car fanatics, was captured in loving detail and in living color by filmmaker Andrea Marini.

The film Ferrari 312B: Where the Revolution Begins, which has screened in select theaters in Europe and the United States (its producers are currently looking for additional distribution outlets), is not just a tribute to one of the most beautiful and cutting-edge racers —piloted by the likes of Jacky Ickx and Clay Regazzoni — but also a salute to Ferrari engineering wizard Mauro Forghieri. The latter, along with a small group of Italian mechanics, restored the Ferrari 312B in time for Barilla to make the Monaco Historic Grand Prix grid.

Without giving anything way, it’s safe to say the film is packed with both built-in drama and plenty of visual and aural flat-12 pyrotechnics. And the 312B looks fast even when parked in a dark garage—a wide-mouthed shark just waiting to charge its prey. Robb Report recently caught up with director Marini in Milan for a conversation about his recent labor of love.

Andrea Marini, director of film Ferrari 312B: Where the Revolution Begins.  Photo by Benedetta Ristori.

How did the idea to make an entire movie about a very specific Ferrari race car come to life?

First of all, the project of the restoration originated with Paolo Barilla, who wanted to make it [the 312B] as beautiful as it was 46 years ago. Paolo had the idea of documenting the whole process. We had no idea what that could become, he just wanted some footage to make a DVD to go with the car. He called a production company to follow the process for a few years. They saw it was a great story, but they didn’t have a director or sense of whether it could be a movie or not. So I got a call.

Paolo Barilla gets comfortable in the cockpit of his Ferrari 312B.  Photo: Courtesy Trafalgar Releasing.

Did you see the film’s potential immediately?

At first I was fascinated by the subject, as I am fascinated by history and nostalgia in general. But of course, at first it wasn’t a story that seemed like it could make a movie. So I took the challenge. I thought, maybe I can make something great out of this. I quickly got deeper and deeper in the topic, and then I was sure it could be a movie.

What struck you most about the 312B as a machine?

The most obvious thing is that it was a revolutionary car that initiated big changes for the next decade. And it was all handmade. There’s not a single mass-produced part on it. So I think the entire crafting process was so fascinating, which of course resurfaced in the process of restoring the car.

You seem awed by Mauro Forghieri, Ferrari’s design magician. Why?

There’s a story about Mauro, figuring out aerodynamics. There was no wind tunnel, so he would put oil drops on the car and make the car run for some laps, and once back in the pit lane he’d look at the path the drops created so he could understand where the air was going. That’s the kind of genius approach, an improvisational approach, that I really love. He had to figure out the fluids inside the engine, but he couldn’t see what was going on inside. So he decided, with his assistant, to put some goggles on and they opened the lowest part of the engine and made it run—the oil was going everywhere but they could see where the fluids were moving. That’s how they were doing it, two guys in the ‘70s with goggles on and oil on their faces.

What was Forghieri’s reaction to the film?

I didn’t know what Forghieri’s reaction would be, because I was telling his story. There’s no film out there talking about him like this. Luckily, he loved the movie, but more importantly he loved the way the movie shows an era that is gone. The movie shows the restoration of a car, but it also, I think, shows the passion in a romantic and nostalgic way.

What did working on this movie teach you about the Ferrari mystique?

I didn’t know, when I started, how passionate the tifosi [vernacular for Ferrari fans] really were. It’s really a part of their lives. When we did the first screenings in Italy, and some in Russia even, there were people coming dressed in Ferrari outfits. Or former mechanics came in their old outfits, because they’re so proud. And it was tough in those days, if you were a mechanic you were away a lot, you saw your family once a month. But they told me they’d do it over and over and over again. Ferrari meant something completely unique to them. Maybe it’s because of the way Ferrari started, with Enzo deciding to create a company in the countryside, and hiring people that were coming out of the war—they didn’t know anything about cars. They were mainly agriculture people, and Enzo Ferrari was like a god to them.

It’s very much alive. In fact, I can tell you now that Paolo is going to race it again in Monte Carlo, at the Historic Grand Prix, in May. So watch out for it.