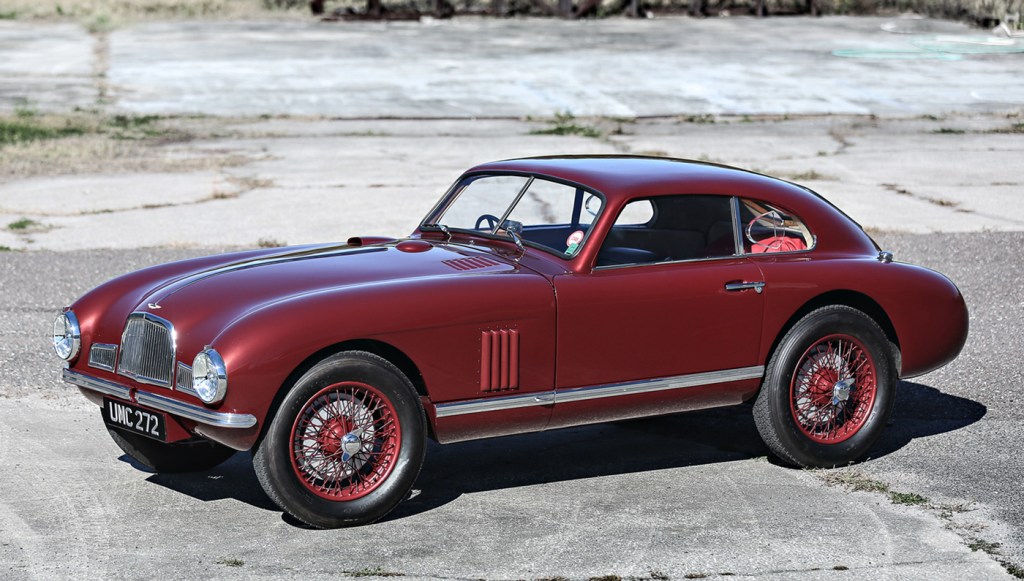 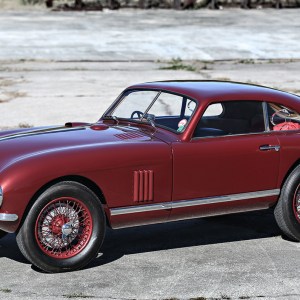 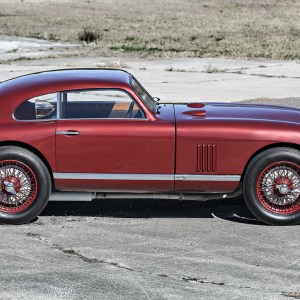 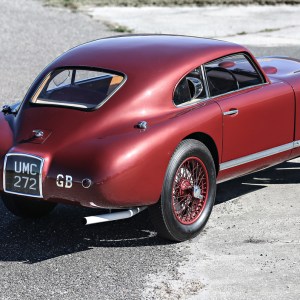 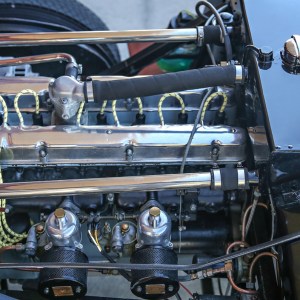 The adage that “good things come in threes” certainly holds true with the winning trifecta of classic cars recently announced as part of Gooding & Company’s Amelia Island Auction in Amelia Island, Fla., on March 10. Brought to the block will be a 1949 Aston Martin DB Mk II, a 1955 Lancia Aurelia B24S Spider America, and a 1965 Aston Martin DB5 Vantage.

When David Brown purchased Aston Martin in 1947, among the first cars constructed were three examples for the marque’s newly developed racing team. Prototypes for the DB2, they were entered in the 1949 24 Hours of Le Mans endurance race where two failed to finish (one crashed, resulting in the death of driver Pierre Maréchal) and the only finisher came in seventh place.

Brown kept a fourth build for himself, chassis LML/49/4, fit with a 105 hp, 2.6-liter six-cylinder engine that enables a top speed of about 120 mph. Under the subsequent stewardship of racer Lance Macklin, the coupe competed in both the 1950 Coppa Inter-Europa and Targa Florio. And as a contemporary contestant, it has been entered in the 2010 Mille Miglia Storica, the 2015 Pebble Beach Concours d’Elegance, and the 2016 Windsor Castle Concours d’Elegance.

“The example represents the very beginning of Aston Martin in the postwar period and it was David Brown’s personal car,” says David Brynan, senior specialist at Gooding & Company. “The marque’s most famous models can be traced back to this car.”

Echoing Brynan’s sentiments are those from the current owner. “This was a landmark body shape for Aston Martin’s DB line to follow, a quantum leap presented by David Brown,” he says. “And as far as the driving experience, it is extremely fast and light to steer—an absolute delight.” All of the aforementioned are factors that contribute to the vehicle’s estimated value of up to $2.25 million.

A topless treasure, the 1955 Lancia Aurelia B24S Spider America is a sophisticated stunner with a body by Pininfarina. The model, equipped with a 118 hp V-6 engine (mated to a 4-speed manual transmission), can reach a maximum speed of 115 mph. The Italian marque made only 181 left-hand-drive examples, of which chassis No. 1009 is one.

“Lancia’s Aurelia model was the first production car of any type to have a V-6 engine,” says Brynan. “Technically, it was quite a marvel with advanced features that were not seen on other cars for a decade or so—and then you have its definitive design.”

Following a comprehensive restoration in 2014, the retro roadster rode off with the Best of Show award at the Colorado Concours d’Elegance that same year. More success is sure to come, but at an estimated price of up to $1.8 million.

Standard issue for the silver screen’s secret operative James Bond, Aston Martin models have played predominantly in the movie franchise—a role that began with the 1964 film Goldfinger and agent 007’s distinctive DB5. The 1965 DB5 Vantage on sale, chassis DB5/2211/L, was one of 65 examples made with more power than their original predecessor. The coupe carries a 300 hp, 3.7-liter straight-6 engine (with Weber carburetors) and was one of only 10 that featured a left-hand-drive configuration and air-conditioning.

“The DB5 is Aston Martin’s most iconic model, and to have a Vantage with such rare and expensive options for the time—it’s a best of the best situation,” explains Brynan. And while perfectly suitable for Her Majesty’s Secret Service, this particular ride could set Bond back an estimated $1.5 million.

Gooding & Company’s Amelia Island Auction will begin at 11 AM on the grounds of the Omni Amelia Island Plantation Resort. Bidding will be accepted in person, by phone, and in absentia. (goodingco.com)