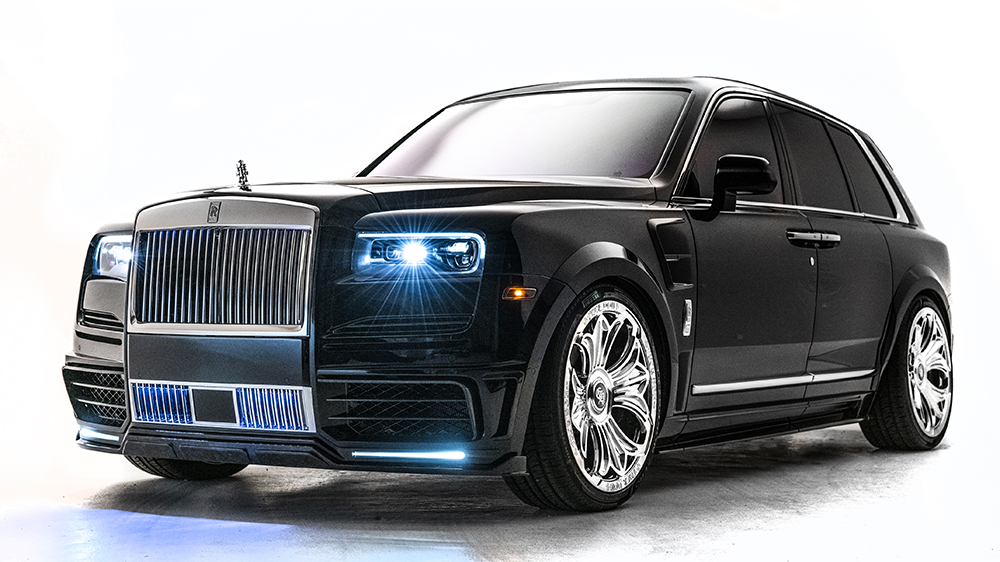 When it comes to luxury SUVs, the Rolls-Royce Cullinan may be the grandest. Drake knows there’s always room for improvement, though, so he enlisted Chrome Hearts to remix one for him.

The resulting black-on-black behemoth is nothing if not over the top. And the Canadian rapper is so proud of his one-of-a-kind ride that, before taking delivery of it, he agreed to loan it to the Institute of Contemporary Art Miami for display until May 15.

From a distance, the bespoke SUV looks like any other version of the Cullinan. But closer inspection reveals a far more unique vehicle that’s downright Gothic. The changes start at the peak of the hood, where the iconic Spirit of Ecstasy has been replaced by a custom triple cemetery cross hood ornament. The stock wheels, meanwhile, have also been swapped out for bespoke aluminum rims that bear the Chrome Hearts logo and are engraved with the words “Fuck You” in Gothic script.

While the exterior modifications are somewhat subtle (depending on where you stand on publicly displayed profanity), the interior has been fully worked over. The Chrome Hearts Cullinan has quilted black leather everything, including the center console, dashboard and inner door panels. This isn’t just classic diamond-style quilting, either, as crosses, fleur-de-lis motifs and silver accents abound. Rounding out the makeover— which you may have already spied in the video for “What’s Next,”—is Drizzy’s name stitched into the fold-down sun visor, a custom Chrome Hearts A/C knob and a matching leather key holder.

The extravagant SUV took a year to customize and is part of the rollout for Drake’s upcoming sixth album, Certified Lover Boy, according to GQ. But why Chrome Hearts? It would appear the rapper has a genuine affinity for the luxury brand. Last year, he showed off a diamond-encrusted Rolex Day-Date with a gold Chrome Hearts bracelet before wearing one of the brand’s basketball jerseys in the video for “Laugh Now Cry Later” that summer. The emcee and the company have also collaborated on a limited-edition lifestyle collection available exclusively at the latter’s Miami boutique. Drake may struggle to find the right woman, but it seems he’s finally found a brand just as extra as he is.