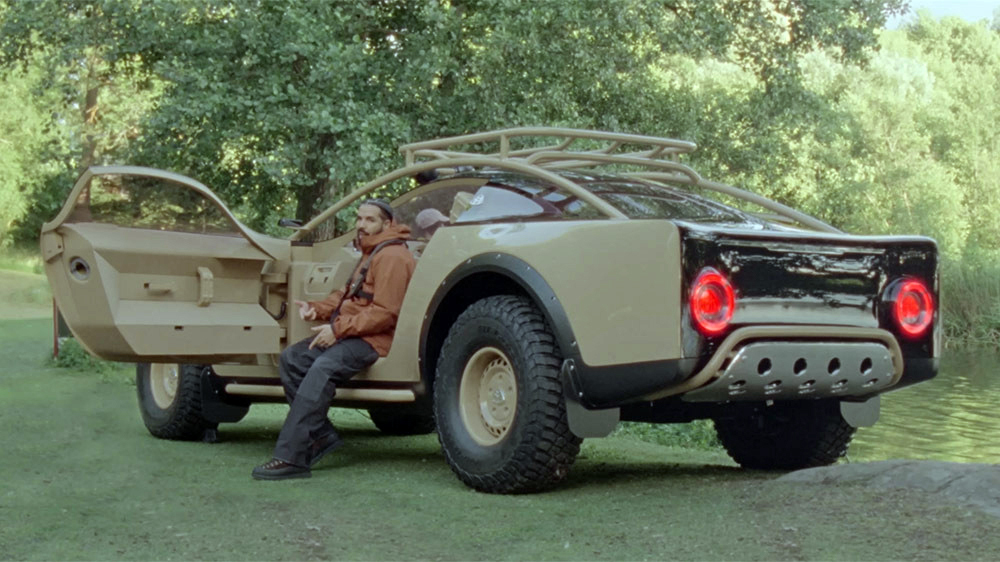 Drake is putting his devotion to the late Virgil Abloh on display in a major way.

A month after dedicating his latest album, Honestly, Nevermind, to the late fashion designer, the rapper has showcased the latter’s Mercedes-Benz Project Maybach concept in the video for his new single, “Sticky.” The cameo marks the first high-profile appearance of the Abloh-designed EV since it was unveiled shortly after his death last year.

The video, which was directed by Theo Skudra, is a four-minute-long taste of what life is like for one of the world’s biggest entertainers. We see Drake perform for an adoring crowd of thousands, jet between continents and, most importantly of all, fit in some much-needed rest and relaxation. It’s during one of these sequences that Abloh’s Project Maybach steals the show.

Clad in his best outdoors gear—including an Arc’teryx jacket and Diemme boots—Drake dances around the head-turning electric concept while two companions fish halfway through the clip. The short sequence offers up what is easily the best look we’ve had at the long-nosed off-roader since its debut, and what’s most striking is how big it is. The Project Maybach is a genuine beast and makes the six-foot-tall Drake look tiny in comparison. The emcee also takes us inside the car, where we get to see its beautiful sand-colored cabin and some of its more eye-catching details, like a jewel-adroned steering wheel and marine compass. Unfortunately, we don’t get to see the vehicle climbing over rocks or wading through marshes, but the burly-yet-elegant vehicle certainly looks more than up for either.

This isn’t the first time Drake’s used a music video to show off the access he has to some of Mercedes-Benz’s most exclusive cars. The rapper displayed both versions of the Vision Mercedes-Maybach 6—the ruby red coupe and a midnight blue convertible—in the video for his 2020 single “Laugh Now Cry Later.”

We have a feeling the Project Maybach won’t be the last outrageous vehicle, Mercedes or otherwise, to share the screen with Toronto’s favorite son.