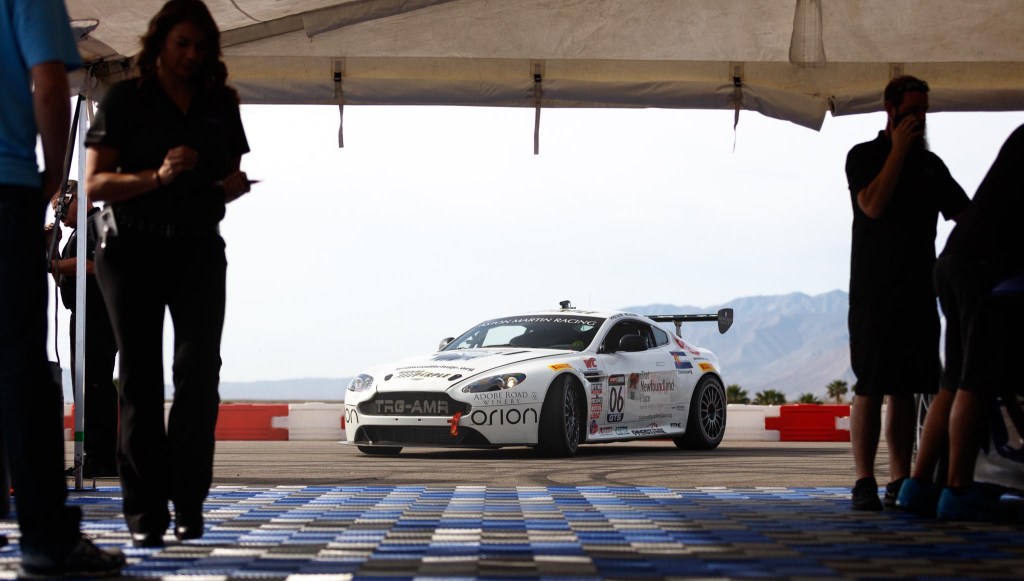 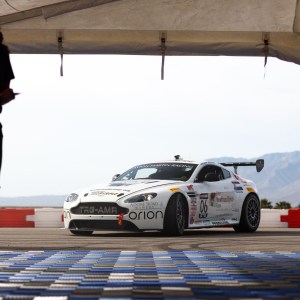 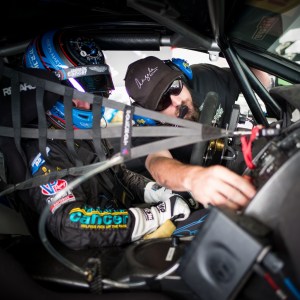 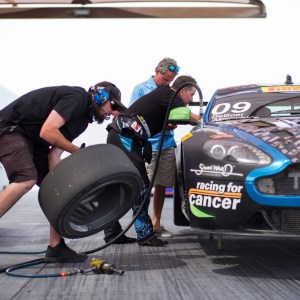 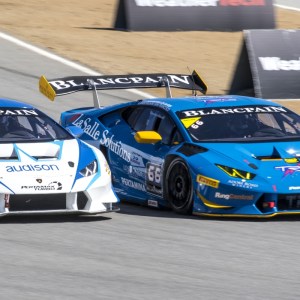 Your morning begins at Laguna Seca raceway. The sun is shining through the dissipating marine layer, which is still receding from your hotel back in Monterey, and hits the rugged hills surrounding the racetrack. You hear the sound of the Aston Martin V8 Vantage starting up – no, is that the Lamborghini? No matter, maybe you’ll drive the Porsche around the track today. You shake off the slight fuzz from last night’s private Adobe Road Wine dinner, check the time on your limited-edition BRM watch, and join your new acquaintances for  breakfast in The Racer’s Group’s paddock. Time to start your adventure.

But is it a dream? This experience is what The Racer’s Group, or TRG, creates in the time between racing their Aston Martin V8 and V12 Vantage, Lamborghini Huracán, and Porsche Cayman GT4 Clubsport cars at premiere tracks across the country. “Arrive and Drives,” as they’re called, are a chance for the race team to test and tune their cars with their pro drivers between races. These events are not open to the public, but word-of-mouth invitees show up to the events to learn race techniques from the team drivers and to drive their cars. Risky, yes, but these days aren’t the kind of generalized experiences you’ll find available on deal-finding sites. For the man in your life who seeks the best experiences to fill his time, this can be his reality.

The time between track sessions is spent in the expertly-staffed hospitality paddock, where a light breakfast and lunch is served aside a sleek dining area. Here is where guests meet with other subscribers of the elusive machine-meets-adrenaline lifestyle, typically tech or finance executives looking to blow off some steam between 70-hour workweeks. The shared experiences at the raceway – memorizing braking points, relating the rush felt when a split-second miscalculation briefly takes the car toward a tire barrier at 120mph, friendly banter about whether the Aston Martin or Lamborghini is more fun to drive – create an instant bond between everyone in the paddock. That the team’s sister company, Adobe Road Wines, is an event partner, rounds out the entire day-to-night experience. The winery’s 90+ point selections are often served over dinner by the winemaker, Garrett Martin, in private blending sessions, or by the CEO of both the race team and winery, Kevin Buckler. Over 20 years of racing and 15 years of building the winery up from its roots in California have yielded an events company with some fabulous assets, including a proposed multi-million-dollar facility in downtown Petaluma. Most recently, the team has earned consecutive podiums and Champagne ceremonies at races in Laguna Seca and Canada while commemorating those 20 years of success with a custom watch. A partnership with team driver Derek DeBoer and French watchmaker BRM Chronographes resulted in the SP-44-TRG, and at less than two ounces is also the lightest chronograph made of hard materials on the globe. Buyers of the bespoke timepiece include TRG investors and fans from when the team started winning the 24 Hours at Daytona with Porsche in the mid-nineties.

Of course, none of this would happen without the team’s core business: racing. The Aston Martin squad competes to win in both the IMSA-backed WeatherTech SportsCar Championship and the Pirelli World Challenge. The newly-launched Lamborghini team races in the international Lamborghini Super Trofeo, and the team’s Porsche Cayman GT4 Clubsport cars offer TRG customers a chance to race the Pirelli GT3 Cup Trophy USA. At Aston Martin and Lamborghini races, guests are invited to join the team – watching from the active race pit wall, having lunch with the drivers, participating in pre-race strategy sessions, and of course, an invitation to the traditional race weekend wine dinner. Race hospitality weekends are available for both individual guests or corporate groups, as once you’re in the paddock, you’re welcomed as a friend of the team.

About The Racer’s Group:

TRG, based in Petaluma, California, has competed at the top level of motorsports since it was founded in 1992. The team has earned four series championships, four Rolex 24 At Daytona victories, a victory at the fabled 24 Hours of Le Mans, a victory at Petit Le Mans, and an impressive 175 combined podium finishes in major North American sports car competition, the third-highest total in history and the most for any privateer team. TRG-AMR, The Racer’s Group professional racing branch, exclusively operates the Aston Martin Racing (AMR) sports car program in North America and races in IMSA’s SportsCar Championship and the Pirelli World Challenge. The team recently began competing in the Lamborghini Super Trofeo championship.

Adobe Road is a boutique winery located in Sonoma County, California, producing close to 5,000 cases per year comprised of multiple varietals from both Sonoma and Napa counties. From crisp whites to full and flavorful reds, ARW specializes in distinctive wines, each of which is handcrafted with fine attention to detail to provide a unique taste and experience reflective of the varietal and terroir. While still a young winery, their accolades are impressive, with eighteen 90+ ratings from the Wine Spectator as well as numerous award medals. A proposed multimillion-dollar winery headquarters and events center is slated to open in downtown Petaluma in the summer of 2017. Learn more at www.adoberoadwines.com.