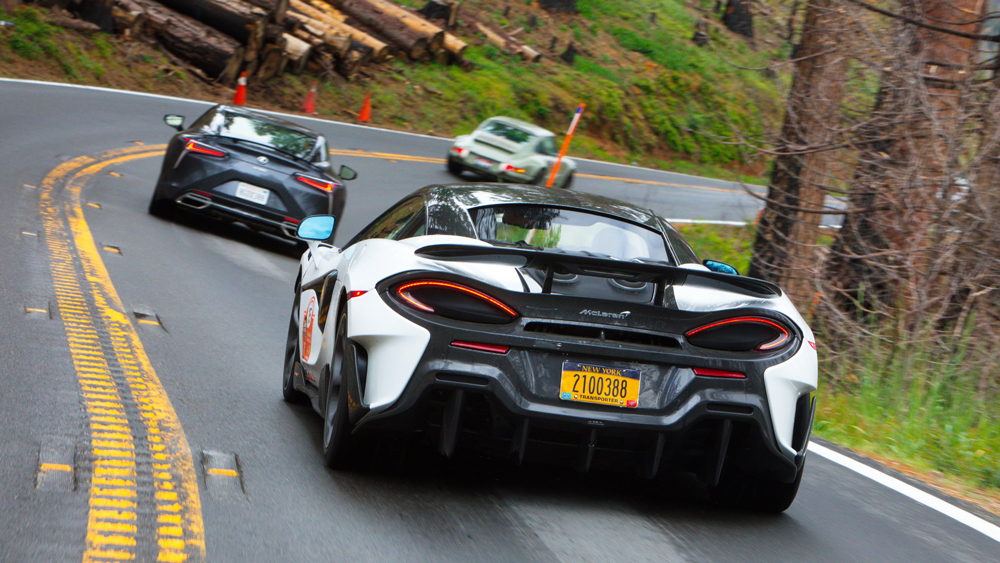 Photo by Mark Davidson, courtesy of Drive Toward a Cure.

“The moment I understood this—that my Parkinson’s was the one thing I wasn’t going to change—I started looking at the things I could change, like the way research is funded,” once noted Michael J. Fox. The actor and advocate, who has been living with Parkinson’s for 27 years, has been a leader in the fight against the disease, and financing it has been a focus. Among his burgeoning allies are the car enthusiasts who set off on customized track experiences and multi-day road rallies across the country, such as the upcoming 2020 Northeast Adventure—all part of Drive Toward a Cure (DTaC), a nonprofit looking to redline medical advancements in the field.

“Growing awareness for the cause and raising funds to find a cure is key, so we’re spreading the word nationwide,” says Deb Pollack, founder of DTaC, established in 2016. For Pollack, the battle is personal. “Having lost my mom to Parkinson’s in 2006, I had a very personal vision and, as a volunteer, I was involved in growing automotive charity events that supported the cause.  In 2016, my mom would have turned 90 and it was ten years since she had passed, and I thought that if I didn’t start something special then to honor her, I never would.”

The recipe of scenic four-wheeling, fellowship, and fine dining certainly stir the appetite for charitable giving as evidenced from DTaC’s recent 2019 California Adventure in late spring. Having received an invitation to participate, my copilot and I arrived at Northern California’s San Jose International Airport and were met curbside by a 2019 Acura NSX dressed in Thermal Orange Pearl, our souped-up sled for the next four days.

Our first stop; Canepa in Scotts Valley. Racer and automotive restorer Bruce Canepa’s facility is a destination for automotive cognoscenti, not only because of his world-renown modifications to the Porsche 959 and other high-performance exotics, but for the onsite motorsport museum and the celebrated machines inside. From there it was a short jaunt to an exclusive viewing of John Mozart’s private car collection, one that features rare, classic examples from Bugatti, Alfa Romeo, Rolls-Royce and a host of other current and bygone marques.

A pit stop at Bruce Canepa’s 70,000-square-foot restoration center.  Photo by Mark Davidson, courtesy of Drive Toward a Cure.

After arriving at the Fairmont San Jose, our lodgings for the evening, we were prepped on the rest of the tour’s logistics at a kick-off reception and dinner. “My favorite time is always the welcome dinner,” mentions Pollack. “It’s when everyone takes a moment to share their own background with the group, how the disease has touched many of their lives and why this program has become a special drive for them.”

Libations and laughter at the welcome dinner.  Photo by Mark Davidson, courtesy of Drive Toward a Cure.

One such individual is Derek Torry, a former participant and now both a DTaC board member and volunteer on the course. “The drive impacts me directly, Torry states. “The money raised through this event goes directly to help with patient care and research. Both of which are benefiting me.” After the introductions, we were briefly addressed by Brian Coulter, president of the Parkinson’s Institute and Clinical Center based in Mountain View, Calif.

Derek Torry, DTaC board member and course volunteer.  Photo by Mark Davidson, courtesy of Drive Toward a Cure.

“DTaC is a great example of the Parkinson’s community coming together in a tangible way to support researchers and physicians,” says Coulter later. “The Parkinson’s Institute and Clinical Center relies on group’s like Deb’s to provide hope to those touched by Parkinson’s. I have been so impressed with the independent research in both genetics and the gut-brain connection and am excited that we are on the forefront of these mechanisms. My heart breaks for my best friend, my dad, and everyone living with this degenerative disease. We must keep the pedal to the metal and find a cure as quickly as possible.”

And a 1953 Jaguar XK120 shall lead them all.  Photo by Mark Davidson, courtesy of Drive Toward a Cure.

“As quickly as possible” was also our goal in departing the next morning as we had some ground to cover before reaching Tenaya Lodge at the entrance to Yosemite National Park, our ultimate destination. Urban traffic was soon left in the dust as the convoy of more than 20 cars curled their way up steep single-lane ribbons and into the clouds. Despite the increasingly wet conditions, the Acura NSX did not surrender an iota of traction, due in large part to its Brembo hydraulic and hybrid-regenerative braking system, the dynamic chassis, and new all-wheel-drive power unit. Confidence grew with every curve and, while the rally is not a race, spirited driving definitely had its place.

The 2019 Acura NSX, made even more eye-catching in Thermal Orange Pearl.  Photo by Mark Davidson, courtesy of Drive Toward a Cure.

With the second-generation NSX’s bolstered handling, paired with its 573 hp, twin-turbo V-6 and nine-speed dual-clutch transmission, it was no surprise that the car took the crown for best time during the rally’s closed autocross course at the Merced Fairgounds later that afternoon. Believe me, the pilot had very little to do with it.

While DTaC organizers run the event as smoothly as a Rolls-Royce on pillows, the weather in Yosemite threw in a few bumps—namely, snow. The white fluff dumped silently throughout the final night, which is disconcerting when you’re rolling on summer tires (as the NSX was) or, as in the case of one couple, cruising in a classic Jaguar roadster.

Testing the 2019 Acura NSX’s defrost system.  Photo by Mark Davidson, courtesy of Drive Toward a Cure.

But the elements did nothing to dampen the festive mood of the motorists. After all, as Pollack points out” “It’s not just about the cars and rally, it’s about making a difference.” As flurries subsided and the last flakes disappeared within the first two miles of the departure home, one thing was clear: The collective memories from this California adventure would remain crystalline.

Although dates for DTaC’s 2020 Northeast Adventure have yet to be announced, pricing for the all-inclusive tour will most likely be just less than $6,000 per couple and their vehicle. In addition, car clubs and organizations can organize their own track sessions to benefit the cause by visiting drivetowardacure.org.