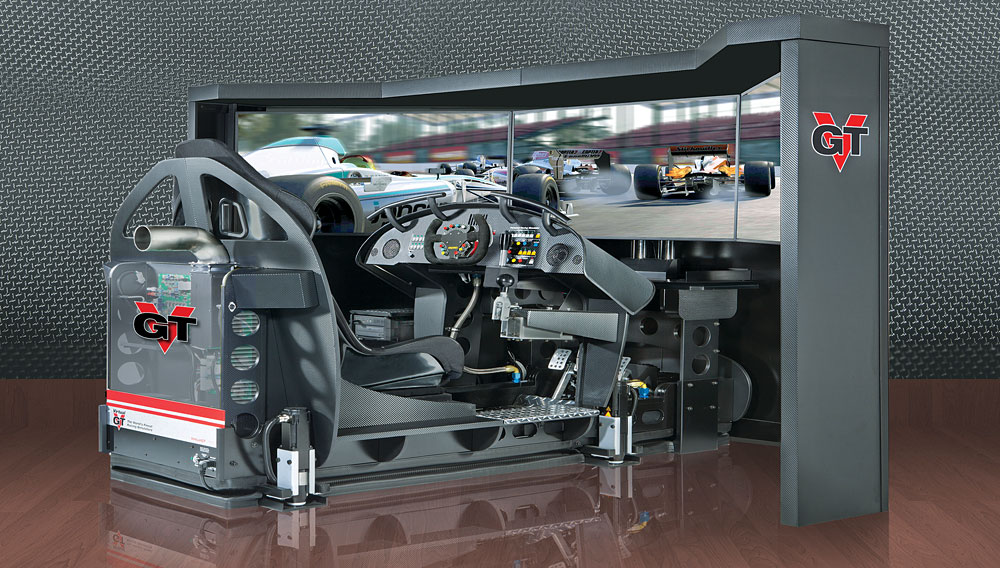 Paul Stary always had a fascination for the machines that could simulate the physics of high-adrenaline experiences—even at 10 years of age, when he took to his basement and built an airplane simulator with his Erector Set. So it’s logical that the 67-year-old is now the president and CEO of Virtual GT (www.virtualgt.com), a company that has built more than 500 advanced racing simulators in the last decade and constantly tweaks its systems for the most realistic driving experience.

All Virtual GT simulators include a triple-screen display system, which produces an enclosed field of vision that optimizes the driving experience. They also include a complex audio system made up of 13 strategically placed audio and vibration transducers, a custom-built audio processor, and a 9-channel, 500-watt amplifier.  “The software and hardware has reached a point where you literally can blur a line between reality and simulation,” Stary says. “The best training tool in simulating a racecar is also the most entertaining, because the more realistic it is, the more fun it is to drive. Our goal was to produce something as comfortable in a game room as it would be in a race training situation at a race shop or in a car collector’s garage.”

The latest iteration is the VGT Carbon ($51,000 to $68,000), which includes a new Pro Cockpit option. That cockpit integrates a high-mass, force-feedback mechanism behind the dash, which replicates inertia and the responses an operator feels when driving over different surfaces. It also includes a quick-release steering wheel system that can be adapted to any Momo or Sparco racing wheel and features paddle shifters and a customizable fingertip control array. Additionally, the latest model incorporates an LED shift light indicator, which digitally displays shifting cues, speed, and lap times.

According to the simulator’s creator, many Virtual GT customers—Stary included—have never piloted a racecar around a track at high speeds and likely never will, but he says the desire to do so is high, which is why simulators like his are so popular. “Someone who has that dream of driving a racecar in competition now can achieve that same basic level of excitement safely, conveniently, and comfortably in their own home,” he says.