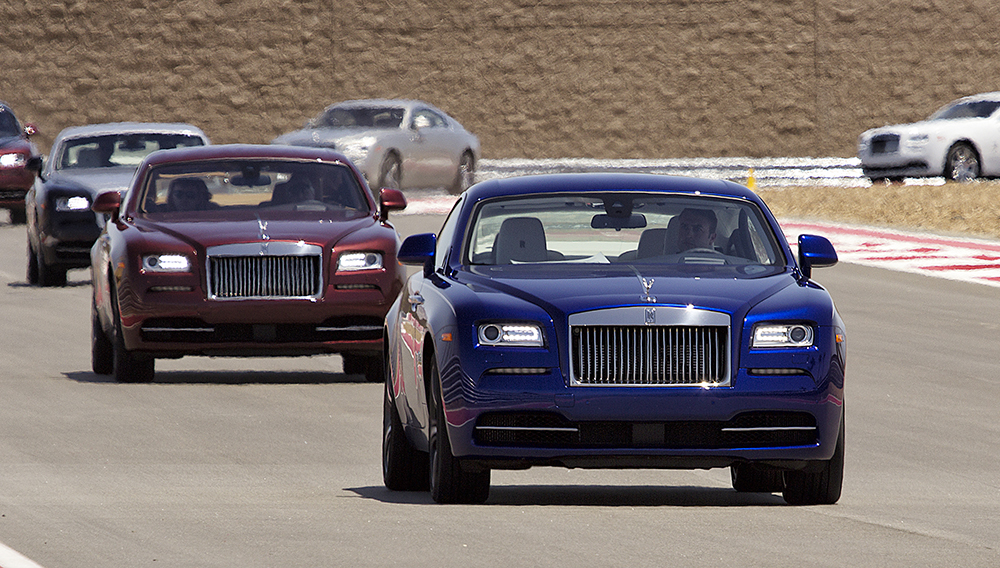 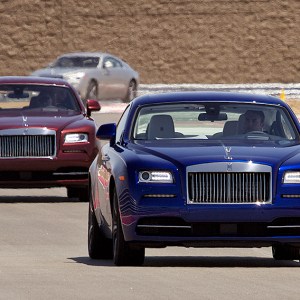 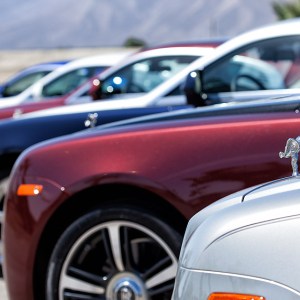 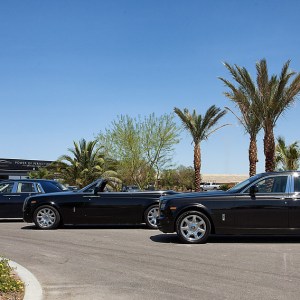 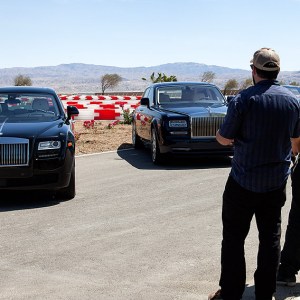 Rolls-Royce used to refer to the horsepower ratings of its cars as “sufficient,” a term that certainly no longer applies to the storied British carmaker’s power plants. The 6.6-liter V-12 engine of the 2014 Rolls-Royce Wraith, for example, produces a mammoth 624 hp. And in a recent display of the Wraith’s prowess, Rolls made this large herd of ponies available at the Thermal Club, the year-old private circuit near Palm Springs.

Without jeopardizing the lap record, the big grand tourer acquitted itself as one would hope of a car priced at $362,625 (as tested). That is, it showed refinement at every moment. The engine’s shriek signified 110 mph at the entrance to the hairpin turn’s braking zone. Even at that pace, wind noise around the cabin was utterly absent. With the low mode selected on the gear lever, the 8-speed transmission shifted down astutely, finding its way to the correct ratio for exiting the turn. Meanwhile, the steering became as agreeably firm as a politician’s handshake. The optional 21-inch tires chirped on the curbs, and the suspension admirably suppressed rebound on the “alligator strip” as the driving line widened out for entry to the next corner.

Seated on the softest imaginable leather upholstery, with lamb’s-wool mats underfoot and the inimitable starlight headliner above, the occupants experienced automotive opulence and truculence uniquely in tandem. Rolls has a point to make about the Wraith as a driver’s car. It is well taken. (www.rolls-roycemotorcars.com)