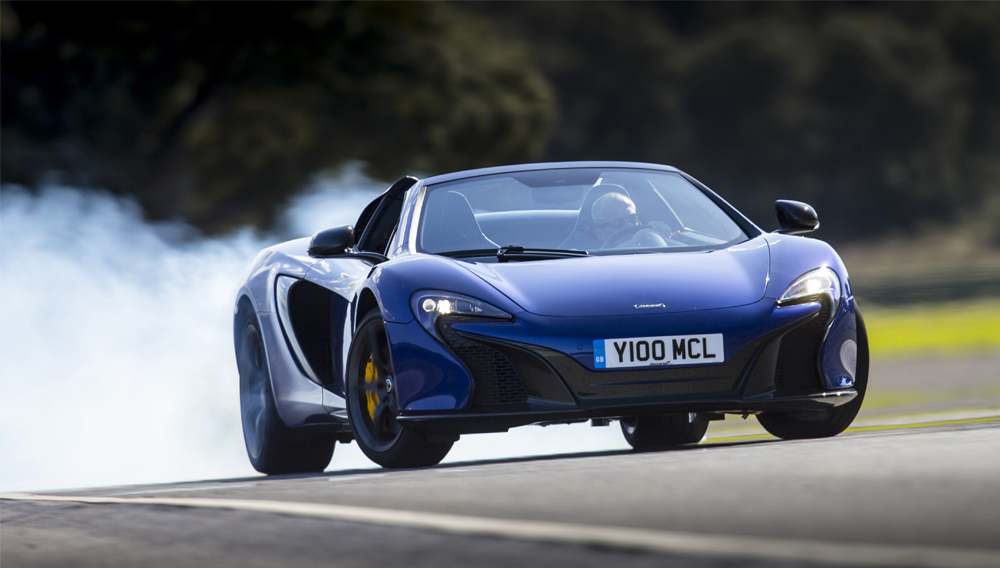 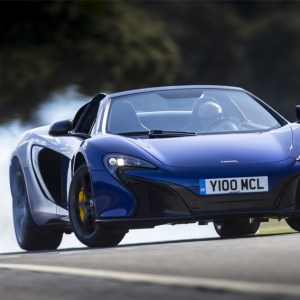 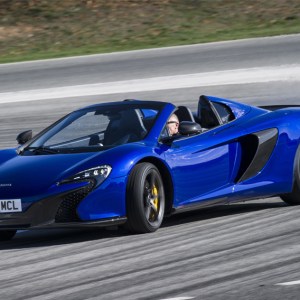 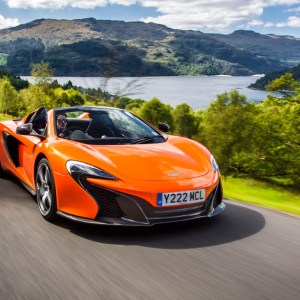 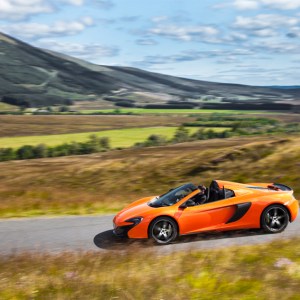 The doors of the McLaren 650S Spider open with an upward, outward sweep, a design intended to enable efficient ingress and egress. The theme of ergonomics is carried through to the car’s tidy interior. Indeed, every detail of this $280,225 top-down roadster is well thought out, purposeful, and practical. But when the Start button is pressed, a flurry of emotions sets in.

The twin-turbocharged V-8 fires up and fills the cabin with a deep, mellow boom; the rumble is accentuated by the so-called intake sound generator, which amplifies the engine’s sonic characteristics and fills the driver with the thrilling sense that things are about to get very exciting. Pushing the optional carbon-fiber paddle shifter (aluminum is standard) into first gear eases the 650S forward with simple, innocuous acceleration. Though responsive and robust, the car’s underlying personality does not become apparent until the driver presses the accelerator more aggressively, which launches the two turbochargers and forces the tachometer to jump.

The engine comes alive at around 3,500 rpm, and the revs climb rapidly until the needle hits the 8,500 rpm redline. The sensation is intense, akin to catapulting off an aircraft carrier in a fighter jet, and the forces are such that the 650S Spider hits 60 mph from a standstill in a mere 2.9 seconds. The journey to its top speed of 204 mph is equally thrilling. The 650S’s chassis improvements also make it a significantly better handling car than its predecessor, the McLaren 12C Spider. Thanks to the changes, the 650S has a newfound eagerness during turns, eliminating the understeering tendency present in the 12C. Also welcome is a power gain of 25 hp, for a grand total of 641 hp.

Though its extreme performance makes it a stirring car to drive at heady speeds, the McLaren 650S is flexible enough for comfort at lower velocities, especially when the power-operated hard top is folded shut. Within this buttoned-down cockpit of carbon fiber and optional leather (Alcantara is standard), one easily forgets that the 650S is such a capable performer. (cars.mclaren.com)