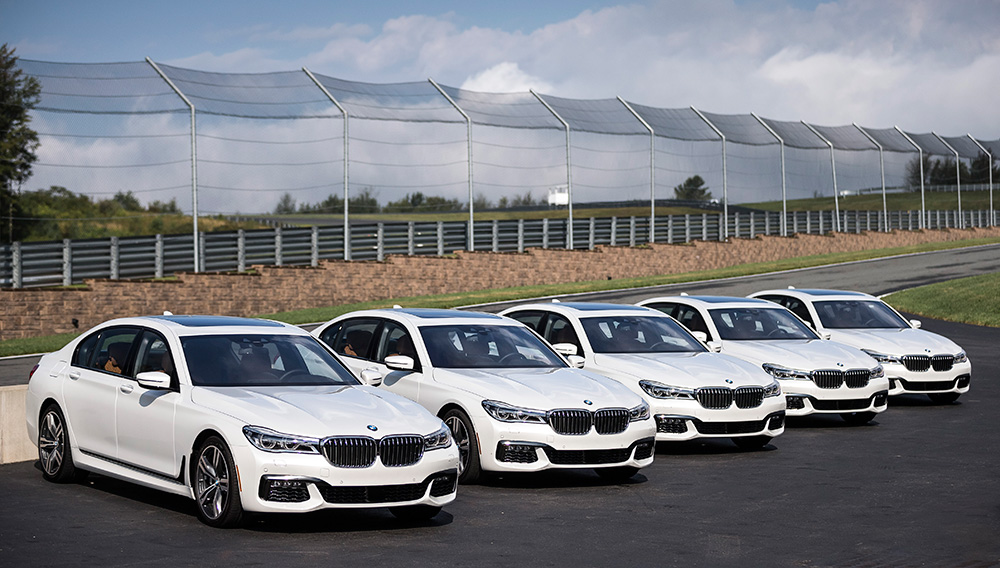 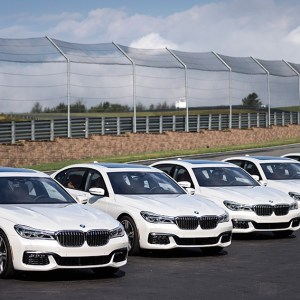 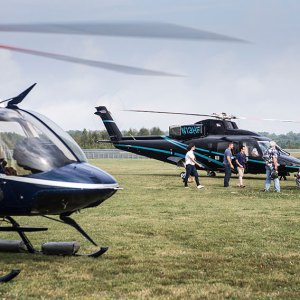 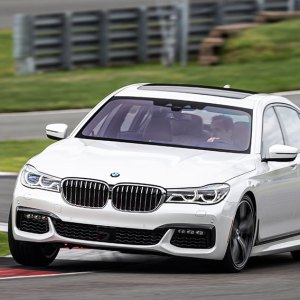 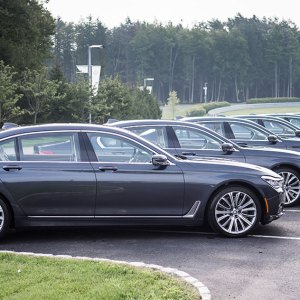 Not many carmakers would introduce a flagship model at a racetrack. But that is exactly what BMW did with the redesigned 2016 BMW 7 Series—the newest iteration and sixth generation of the brand’s flagship sedan.

Two hours north of Manhattan at the Monticello Motor Club, we strap ourselves into the BMW 750i xDrive sedan. We have 445 hp and 480 ft lbs of torque at our disposal (the 740i, meanwhile, is powered by a new, 320 hp turbocharged inline 6) and an 8-speed automatic transmission that uses GPS data from the navigation system to help predict the next shift based on terrain. Our car is also equipped with the M Sport Package, which adds a sport exhaust, sport transmission, an aero kit, and 20-inch M wheels.

With a car this big, you can’t just throw it into the corners. BMW has phased out its standard-wheelbase model in the United States and now only offers the long-wheelbase version, which measures 125.4 inches, just a smidgen longer than the Mercedes-Benz S Class. Still, the 7 Series remains remarkably poised, thanks in part to the 750i xDrive’s all-wheel-drive system and standard air suspension that keep the body level during acceleration and braking.

Part of what makes the 7 Series so agile is its new lightweight design. BMW’s engineers managed to reduce the car’s heft by 190 pounds, compared to the previous-generation car, by using a combination of carbon-fiber-reinforced plastic, ultra-high-tensile steels, and aluminum in the passenger cell. Certain body panels, including the doors and trunk lid, are also made from aluminum. The result is a curb weight of 4,610 pounds for the 750i xDrive and 4,225 pounds for the 740i.

But proving that a car can be sporty in a typically nonsporty segment is only part of the battle. Large-sedan owners demand style, luxury, and cutting-edge technology, and the 7 Series delivers on all fronts.

“The car has a lot of surprises you don’t necessarily notice right away,” says Karim Habib, BMW’s chief designer. Updates are subtle and more evolutionary, with broader, horizontal lines—such as on the wider kidney grille, which houses active shutters that stay closed at lower speeds for better aerodynamics and open when the engine needs extra cooling.

Inside, the 7 Series interior is cleaner and more refined than its forebearer, with standard leather seats that feature new, diamond-patterned stitching. An optional Interior Design Package includes rich, glossy wood trim and an Alcantara headliner. Habib points out that it is the small things that can make a big difference, like the silver-hued metal trim on the volume knobs and other center controls. At night, sophisticated ambient lighting changes colors with the touch of a button, and an optional, etched, panoramic sunroof catches interior light to create the illusion of a starry sky.

A significant change is BMW’s move to a center touchscreen, which makes entering navigation information and other functions much faster, though the iDrive rotary knob on the center console still remains for creatures of habit. Several other new technology features appear on the new 7 Series, including the ability to control certain functions by hand gestures. The driver or front passenger can raise or lower the volume, accept or reject calls, or use a two-finger point to activate a preassigned function by performing the gesture in front of the center screen. An array of sensors in the headliner pick up the movements.

With the Executive Lounge Seating Package, rear-seat passengers are treated to amenities that BMW designers say are modeled after a business-class airline seat, including a highly adjustable angle of recline, a foot rest, and a folding tray table that stows in the center console. The rear iDrive rotary knob is gone, replaced with a smartphone-like tablet sourced from Samsung. Rear seats also can be fitted with heat, ventilation, and a massage feature.

Two gasoline-powered models of the BMW 7 Series are headed to the United States this fall: the 740i (starting from $81,300) powered by BMW’s 320 hp, 3.0-liter turbocharged 6-cylinder engine; and the all-wheel-drive 750i xDrive (starting from $97,400). The hybrid 740e xDrive is also scheduled to arrive soon, making its first public appearance at the 2015 Frankfurt auto show, September 17 through 27. (bmwusa.com)