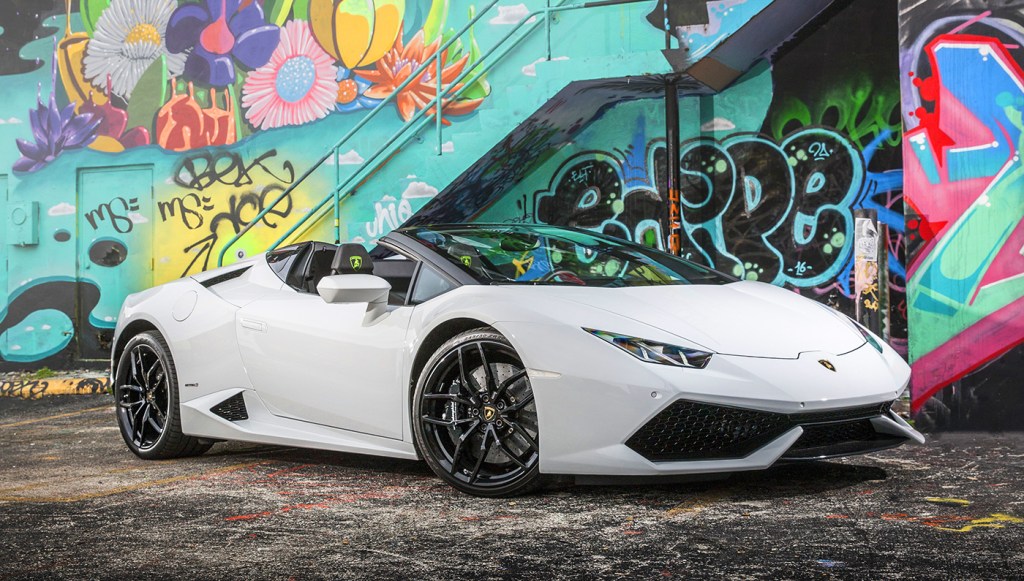 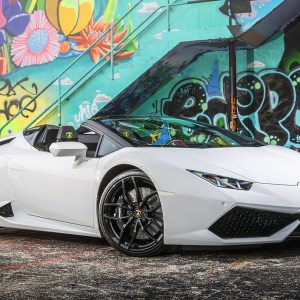 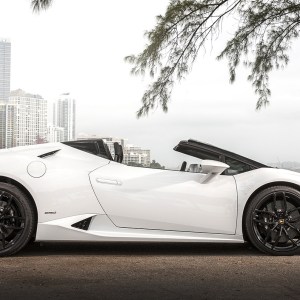 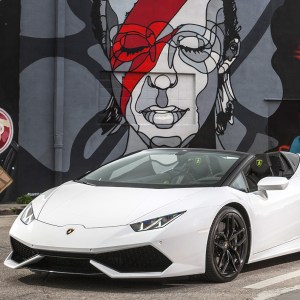 Fire up the V-10, toggle the steering wheel switch to “Corsa,” and drop the rear window—what emanates from the 2016 Lamborghini Huracán LP 610-4 Spyder’s four tailpipes is one of the most sonorous and free-revving sounds on the planet, a siren song for speed.

The 10-cylinder symphony is stirring because, unlike many modern-day powerplants, this Lamborghini’s mid-mounted engine breathes naturally without assistance from a turbocharger, though it still manages a zero-to-62 mph sprint in 3.4 seconds and a top speed of 201mph. Acceleration is aided by the car’s power train, which routes a brawny 601 hp to all four wheels via a 7-speed dual-clutch transmission. Standard carbon-fiber brakes swiftly reverse those velocities.

Unlike its predecessor, the Gallardo, this drop-top features futuristic touches like the 12.3-inch TFT dashboard that can be configured as a big tachometer, a full-screen navigation display, or a combination of the two. Other additions include magnetorheological dampers (which alter suspension stiffness) and a variable-ratio steering setup.

Despite its beastly performance, the Huracán Spyder is not always on the full offensive: three driving modes enable it to transform from a fierce, focused apex carver to a manageable, comfortable long-distance driver. And should you crave a more civilized top-down experience, the Spyder offers two removable wind guards to quiet the cabin while achieving epic land speeds.

Angular, audacious, and insect-like, the Huracán Spyder is one of the less discrete ways to soak up vitamin D on four wheels. But rather unexpectedly, this emotive Italian achieves its startling performance with surprising adaptability, making it a satisfying open-air exotic that combines an expressive powerplant with the refinement to finesse it at will. (lamborghini.com)