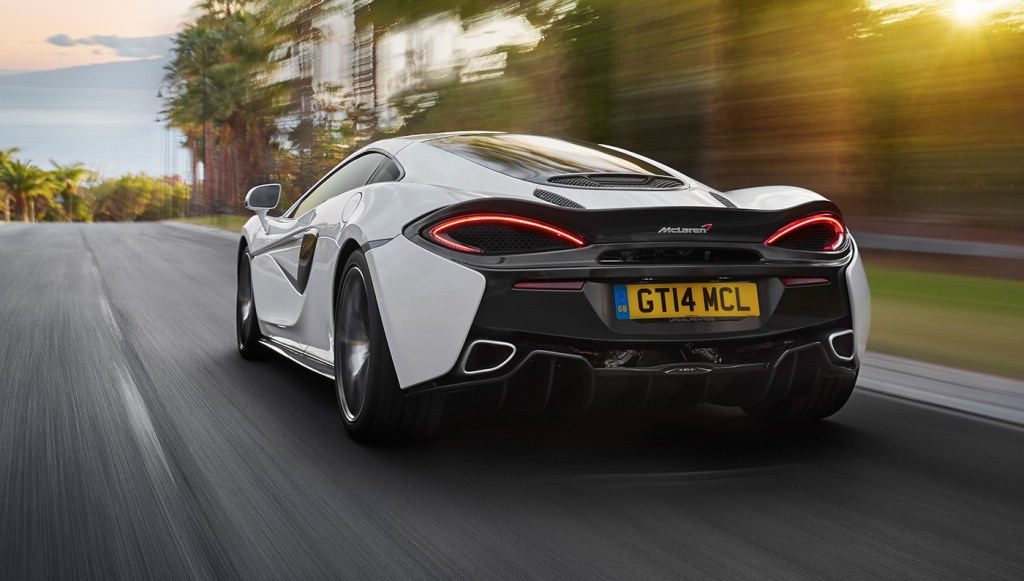 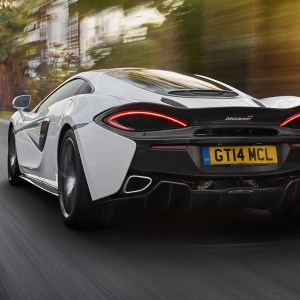 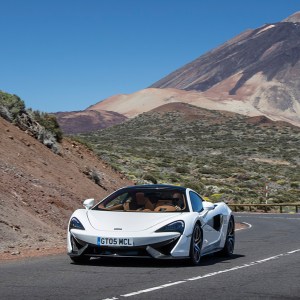 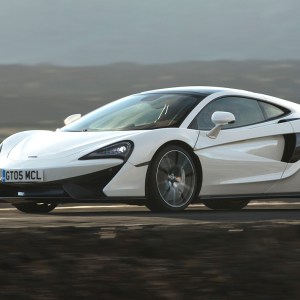 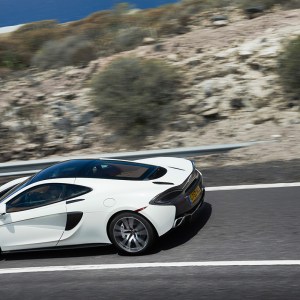 McLaren’s history is punctuated with countless race victories and boundary-pushing performance. So when the British automaker announced a softer, more livable spinoff within its Sports Series lineup, the diehards went on alert.

At first blush, the 2017 McLaren 570GT (starting at about $200,000) appears to be a dramatic departure from the brand’s notorious pursuit of hard-edged character. To better understand how the two-seater fits into the McLaren philosophy, we tackled the twisting tarmac that winds to the summit of the Mount Teide volcano—the highest point in Spain—located on Tenerife in the Canary Islands.

The 570GT’s concessions to comfort are subtle but numerous. The so-called Touring Deck behind the cockpit adds 7.8 cubic feet of cargo space—accommodating for a tiny bag or two, but too shallow for much more— bringing the total storage volume to 13.1 cubic feet. The deck is lined with delightfully soft leather, and shuts via a side-hinged glass hatch that recalls the Jaguar E-Type’s tail door. Nappa leather trim is standard in the cockpit, and soft-close doors (which sweep outward, as with all McLarens but take a wider arc) enable easy, cosseting closure. A new transparent roof lends an airy feeling to the cabin, and an optional folding blind can be snapped into place to block the sun. A departure from McLaren’s past, the 570GT is the first model in the brand’s history to feature a vanity mirror.

Though the core of 570GT—namely its 562 hp, 3.8-liter twin-turbo V-8 engine and its dual-clutch 7-speed transmission—remains unchanged, several incremental changes alter the car’s driving character. Thanks to a slightly softened suspension and a two percent slower steering ratio, there is a slightly less edgy, more controlled feeling behind the wheel. The Pirelli tires incorporate a sound-deadening feature that, along with increased cabin insulation, reduces noise levels by up to three decibels. The muffled exhaust system may betray the engine’s grunt, but the seat of the pants don’t lie: the 570GT—despite being 82 pounds heavier than its predecessor—feels wickedly quick, accelerating to 62 mph in only 3.4 seconds.

Although more refined and smooth riding than the 570S, the GT model still draws from deep reserves of power and grip, with the engine spinning to 7,500 rpm and the suspension managing a tenacious grapple on the road. The 507GT’s digital instrumentation feels techy, but generous amounts of supple leather lend the cabin an aura of luxury. Ultimately, it is the 570GT’s refined character and quieter cockpit that may attract new buyers to the brand, while its still-potent performance should keep traditionalists appeased. As a supercar, the 570GT straddles the line of everyday usability with aplomb, making a stronger case than ever that glorious power and outstanding performance can, and should, be enjoyed as often as possible. (cars.mclaren.com)