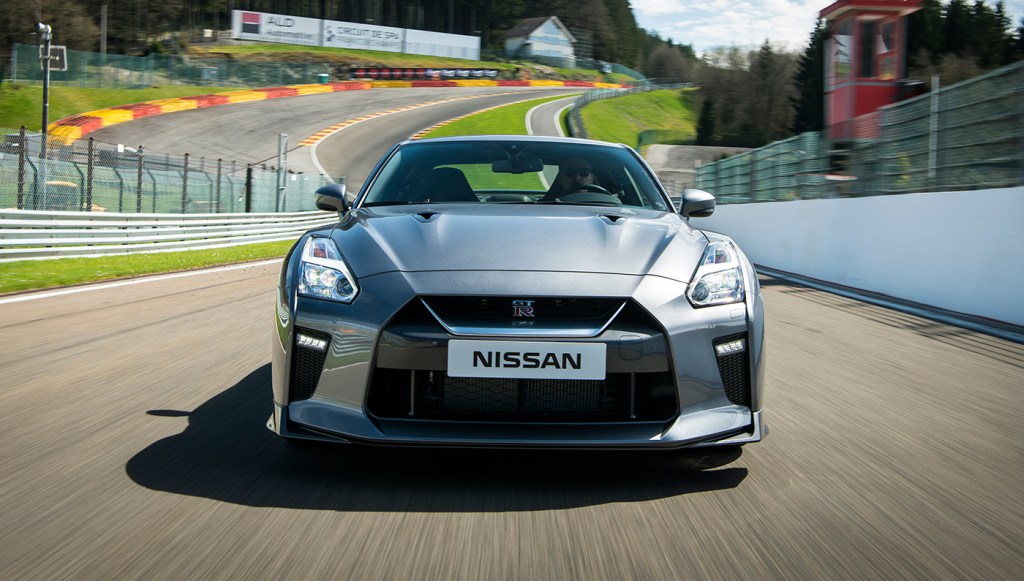 Crude, loud, and unapologetically relentless, the Nissan GT-R earned its “Godzilla” nickname for a reason. But as times change, so do the sensibilities of fearsome sports sedans. For the 2017 model year, the GT-R evolves by undergoing a series of revisions intended to make the $109,990 car more civilized.

Nissan calls these changes the biggest the model has seen in its nine years of production. We call them long overdue. New sound-deadening, an acoustic windshield, and updates to the active noise cancellation (introduced in 2015) make the latest GT-R dramatically quieter at speed. There is even an out-of-the-way button below the dash panel that quiets engine startups by 10 decibels. The revised cabin has also been made more livable with slightly wider and cushier seats, and a more premium look and feel to the finishes, which include available hand-stitched semi-aniline leather. And the cockpit feels sleeker and more elegant as a result of the number of buttons being reduced from 27 to 11.

The GT-R’s mechanical changes also lend it a calmer and more capable personality. Thanks to chassis improvements that enable a smoother ride, the GT-R spends less time hopping around on bumpy surfaces and more time attacking corners with ease. Our test drive along unrestricted stretches of autobahn revealed shockingly fast acceleration and a far greater sense of finesse compared to its predecessor. Engine output has been raised from 545 hp to 565 hp, and though the GT-R’s run from zero to 60 mph remains the same (a mere 2.7 seconds), the 6-speed dual-clutch transmission’s improvements make acceleration feel appreciably smoother.

Despite rain-drenched conditions, our track time at Belgium’s legendary Spa-Francorchamps circuit revealed a still-brutal side to the GT-R. Driving on the razor’s edge of adhesion, the GT-R performed admirably, laying down power with enough smoothness to maintain a solid grip on the tarmac. But dipping further into the car’s massive power reserves revealed the GT-R’s ability cut loose from its earthly bond, an act that occurs all too easily thanks to the addictive nature of the car’s onset of turbo boost. For evidence of that power, we needed to look no further than an instructor who managed to slide off the track and into a guardrail. (He emerged unscathed; his GT-R, on the other hand, did not.)

At the end of the day, the Nissan GT-R deserves applause not only for its considerable refinements, but for retaining its exceptional performance capabilities. Though it is no longer the bargain it once was, the car now competes with some of the finest GTs from premium manufacturers like Porsche, making it a punchier player than ever in the sports car world. (nissanusa.com)