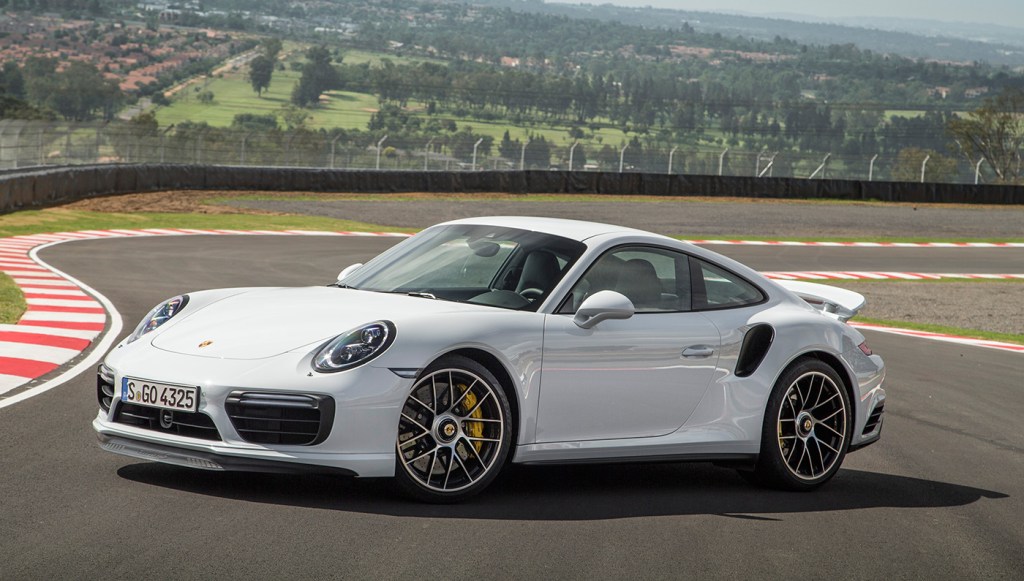 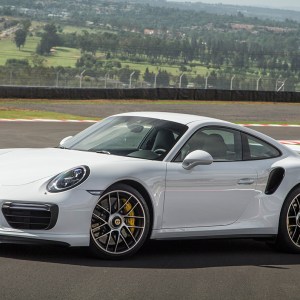 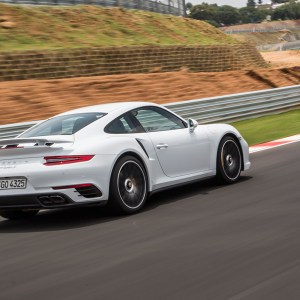 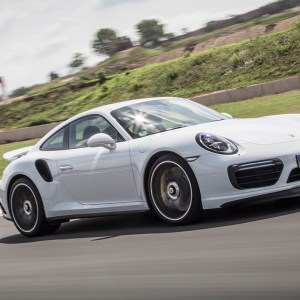 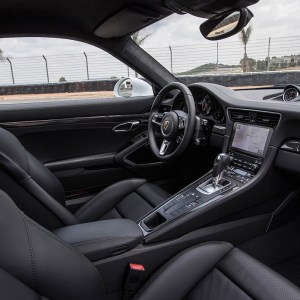 When the entire Porsche 911 lineup became turbocharged for 2017, the change triggered a deep divide among brand loyalists. Some embraced the additional power, greater flexibility, and increased efficiency, while others opposed the forced induction engines and Porsche’s move toward modernity. Looking past the controversy, one sliver of the 911 microcosm remains unaffected by the shift: the Porsche 911 Turbo.

At $188,100, the 2017 Porsche 911 Turbo S coupe is the most powerful and the quickest accelerating 911, it is also the fastest, claiming a top speed of 205 mph. The Turbo continues a four-decade-long bloodline that was initiated in 1974. Unlike the seismic philosophical shift to the rest of the lineup, the 911 Turbo gains progressive performance improvements for 2017.

Both 911 Turbo versions gain 20 horsepower for 2017. The Turbo (540 hp) and Turbo S (580 hp) feature different engine hardware for the first time in history. The PDK (dual-clutch) transmission now shifts more smoothly, and a Dynamic Boost function sets the drivetrain up for up to 20 seconds of aggressive acceleration by dropping a gear, elevating turbocharger boost, and opening the throttle valve. With the Dynamic Boost function, the Turbo’s maximum torque climbs 523 ft lbs, while the Turbo S’s elevates to 553 ft lbs. Rounding out the changes, Porsche’s active suspension management now offers a wider range of damping, and stability control has a new sport setting that enables greater slip angles.

Testing the latest Turbos at the Kyalami Racing Circuit in South Africa revealed a few unexpected sides of this 911’s personality. The traditional 911 traits are showcased in the cockpit: a big, centrally placed analog tachometer; a clean, sparse expanse of a dashboard; and a sense of upright comfort from the relatively tall roofline and supportive seats. During the drive, a more stripped-down, race-focused 911 GT3 RS served as the lead vehicle, causing the Turbo to feel noticeably plusher and more comfort-focused—a fact reinforced by its heavier curb weight and all-wheel-drive configuration. And yet, when the Turbo S accelerated out Kyalami’s pit lane, there’s nothing about it that felt heavy: The fierceness of the grunt causes your neck to snap back, and the 911 squats and lurches forward with near instantaneous responsiveness. The turn-in and cornering isn’t quite as sharp as the GT3 RS, but the Turbo’s all-wheel and quick-responding torque distribution makes the experience both effective and eye-opening. Lateral g forces can also be stunningly high and grip levels are stupendous, but the Turbo handles the direction changes with a degree of security and levelheadedness. And thanks to a new rear spoiler that raises 3 inches and tilts forward 7 degrees, there is also a greater amount of confidence-inspiring downforce (up to 291 pounds at 186 mph) that helps keep the Turbo feel utterly unflappable at speed, along with front lower spoilers that help divert airflow in the interest of stability.

The impression of security becomes even stronger on public roads, where the Turbo gobbles up miles of highway while delivering a smooth and relatively quiet ride. And then there’s the power: seamless, swift, and seemingly endless, enough to draw anyone into the game of flooring it, slowing down, and flooring it again—just for the thrill of it. It doesn’t take long to realize that despite its overachieving numbers, the 911 Turbo is a surprisingly approachable grand touring car and not a dedicated track toy. But the early 911 Turbos from the 1970s and ’80s were also fearsome beasts with explosive power—how does this latest variant fit into the big picture? The role of dedicated track toy may best be served by more aggressively tuned variants like the 911 R and 911 GT RS, and at the end of the day, the 911 Turbo’s exceptional capabilities make it one of the most capable and well-rounded sports cars on the market.