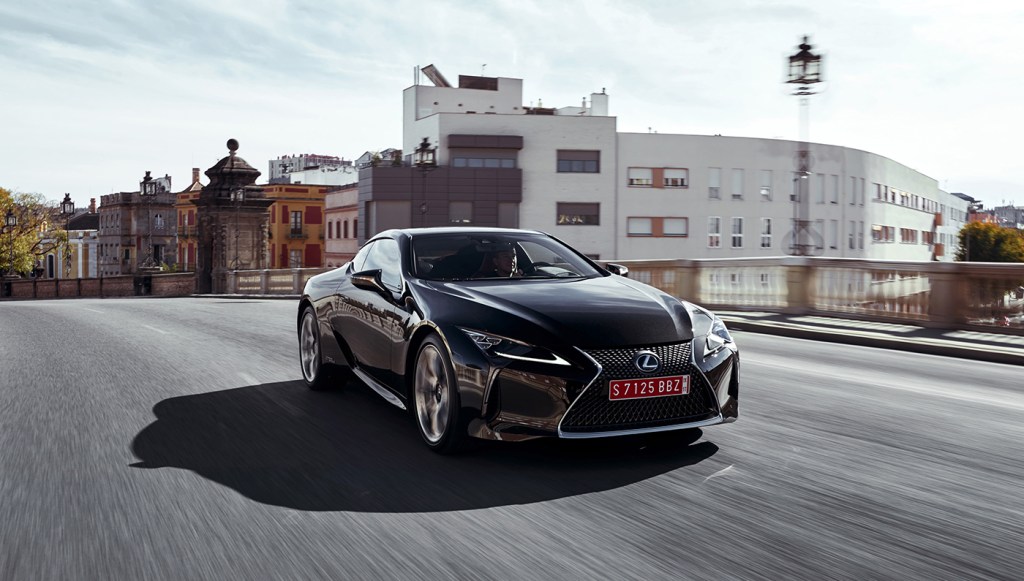 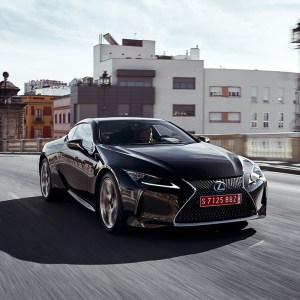 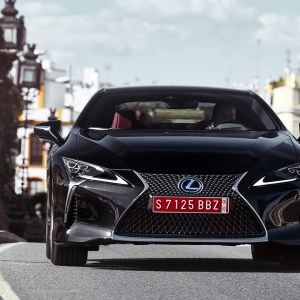 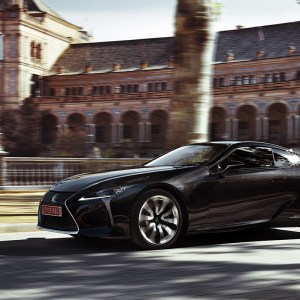 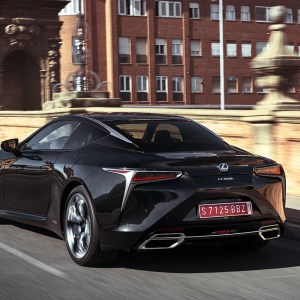 When Lexus debuted the LF-LC concept at the 2012 North American International Auto Show, enthusiasts were intrigued by sinewy shapes that seemed too fantastical for the real world. Now five years later, the futuristic concept car is a reality in the strikingly similar 2018 Lexus LC 500. Inspired by the LF-LC, the pleasantly wild V-8-powered LC 500 (and its milder-mannered LC 500h hybrid) not only brings a striking visual presence to the road, it challenges some of the most firmly established icons of the luxury world, including BMW, Jaguar, Mercedes-Benz, and Porsche.

Our first taste of the Lexus LC came in the heart of Seville, Spain, where the 2+2’s futuristically finished cabin contrasted with the historic city’s baroque eccentricities. Even away from city limits, the interior feels dramatic, with pleated Alcantara leather on the doors, real metal textures, and sculptural details that suggest the LC 500 did, indeed, descend directly from the concept car.

Along the rambling mountain roads in the Spanish countryside, the V-8-powered Lexus delivered an organic sports-car experience, its naturally aspirated, 471 hp engine delivering tons of torque and bold acceleration in concert with a quick-shifting 10-speed automatic transmission. Incrementally less satisfying is the hybrid-powered LC 500h, which pairs an electric motor with an internal combustion V-6 to produce 354 hp. Though still quick (it can hit 60 mph in 4.7 seconds, versus the V-8’s 4.4 seconds) performance purists may prefer the V-8’s seamless symphony of power.

While the LC’s on-road performance is impressively well composed and reassuringly robust, traces of understeer are perceptible when the car is aggressively flung through corners, which becomes troublesome on track. Laps at Circuito Monteblanco reveal lusty acceleration and strong stopping forces, though the LC’s suspension appears to be more biased toward refinement and isolation than outright handling capability. Take this nitpicky criticism with a grain of salt, however. The average Lexus customer will not be taking this esteemed ride to the track for a day of ritualistic four-wheeled flogging. And, the Lexus LC 500 shines at the tasks you expect: pairing compelling performance with all-day comfort. Hardcore sports-car fans may be better served investing in a more focused steed, but those hoping to motor in an inventive grand touring beast will find plenty to like with the 2018 Lexus LC 500. (lexus.com)