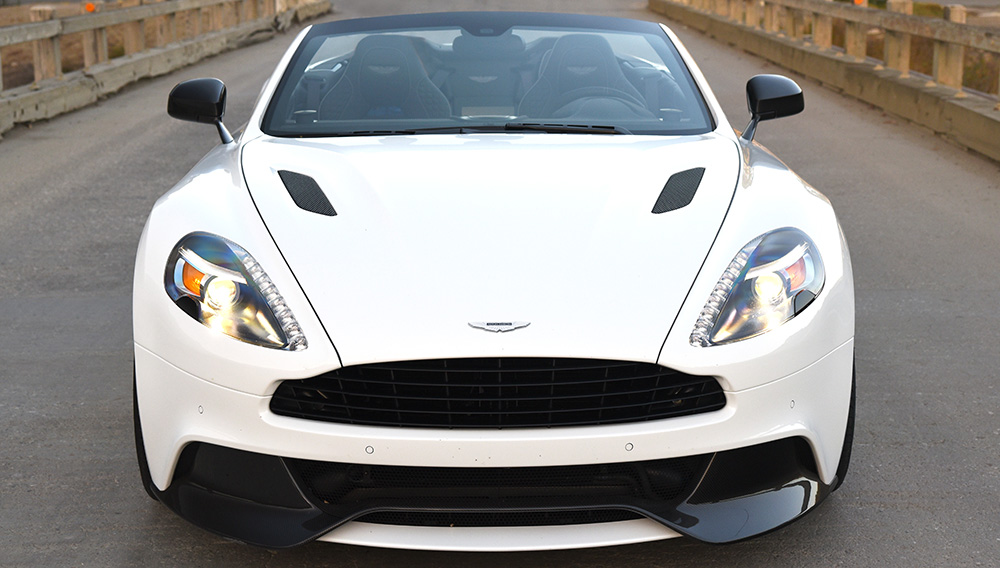 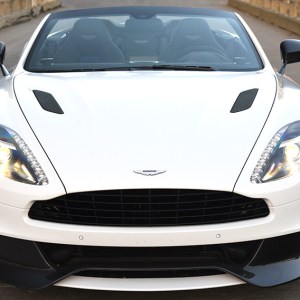 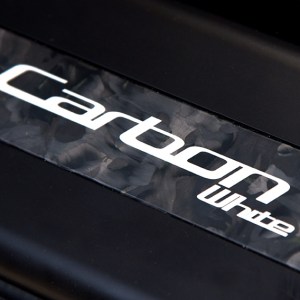 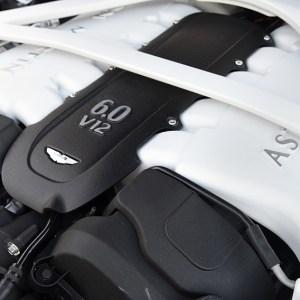 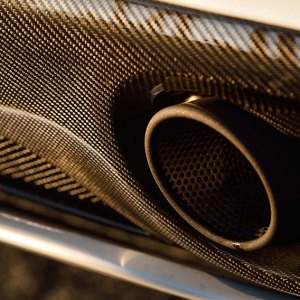 The Aston Martin Vanquish bears all the signatures of a flagship: improbably beautiful curves, unexpected interior textures, and a sonorous exhaust note that signals a masterfully crafted V-12 sitting beneath its louvered hood. While the brand’s playbook of gorgeous craftsmanship has become a bit familiar of late, the Aston Martin Vanquish Volante Carbon Edition package adds a classy monochrome color scheme (in Carbon Black or Stratus White) and more carbon-fiber trim.

Perhaps most notably, an 8-speed transmission (offering two more gears than its predecessor) makes the 6.0-liter V-12 engine of the Vanquish Volante feel more lithe, athletic, and ready to dance than its predecessor. The smoothness of the shifts and the responsiveness of the steering-wheel-mounted paddles lend the new Vanquish an air of effortless potency. Pin the throttle and the car always seems to be in the right gear, winding up from low rpm with ease. The gearbox’s vivifying effect is amplified by the engine, the output of which has grown to 568 hp and 465 ft lbs of torque.

Thanks to the engine’s naturally aspirated, big-bore configuration that flies in the face of the industrywide trend toward downsizing and turbocharging, the Volante exudes a sense of mechanical responsiveness when being driven aggressively. The sharpness of the engine’s sonorous howl is counteracted by the Carbon Edition’s interior treatment, which features such details as a herringbone carbon-fiber pattern on the dashboard and discreetly finished carbon-fiber trim pieces. In spite of the preciousness of those details, the Volante is capable of running from zero to 60 mph in 3.8 seconds and reaching a top speed of 197 mph. With the top down, the Volante conveys that sense of urgency with a swift rush of air over the cabin.

The Aston Martin Vanquish Volante Carbon Edition (from $317,995) may not be the most potent high-performance car on paper, but the uniqueness of its personality and unexpected combination of speed and sensuality make it an attractive dark horse amidst some very compelling competitors. (astonmartin.com)