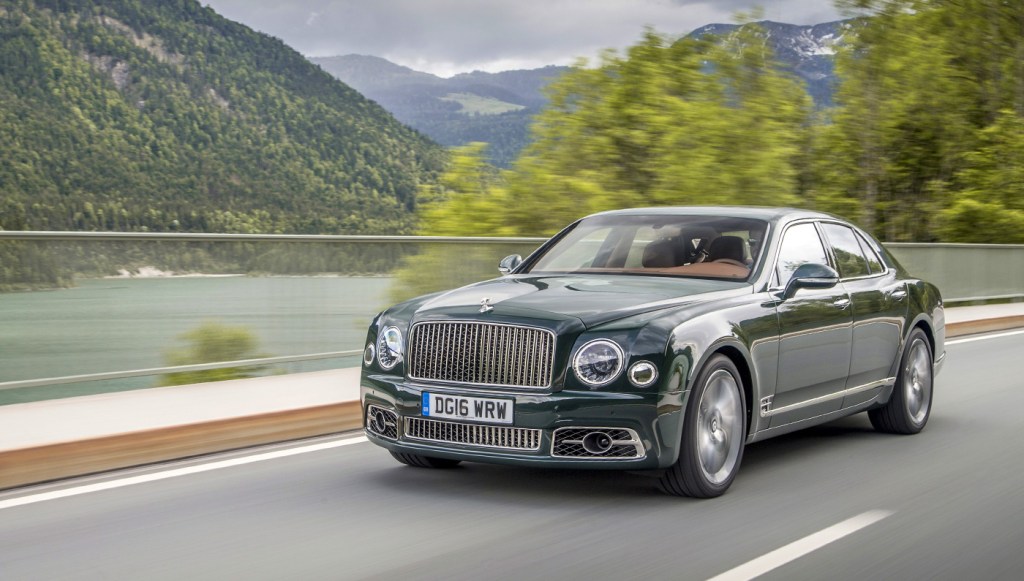 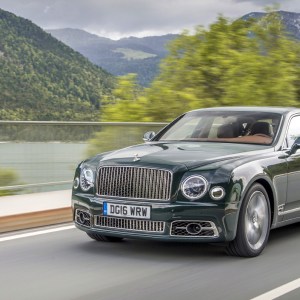 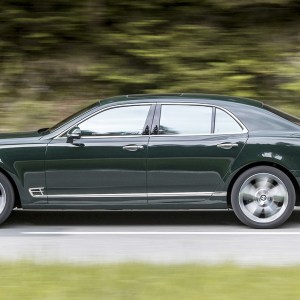 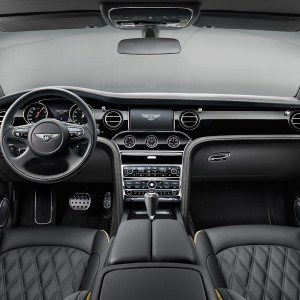 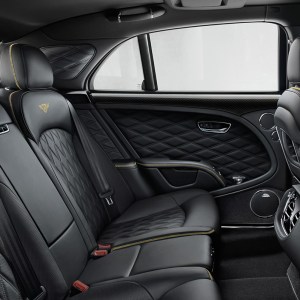 For a stately sedan, 160 mph is an unlikely speed. But that elevated pace was par for the course during our first drive of the freshly updated 2017 Bentley Mulsanne Speed, which has a starting price of about $335,000. In fact, attaining 160 mph was not only legal, it was de rigueur, as we were stretching the Mulsanne Speed’s legs on an unrestricted stretch of the German autobahn. After all, how better to communicate a car’s capabilities than to explore its limits across Bavaria’s expansive landscape?

The high-speed romp, which still left 30 mph of the car’s 190 mph top speed on the table, reveals as much about the Mulsanne Speed’s performance as it does its refinements. First, the run was eerily serene: although we are accustomed to white-knuckle emotions at those extreme speeds, the Mulsanne Speed’s strangely silent cabin made the velocity seem un-dramatic. The sensation was enhanced by a new hydraulic subframe, which contributes to a 4-decibel reduction in cabin noise. Because updating the chassis revealed another weak link in the chain of noisemaking elements, Bentley engineers then focused their efforts on the next threat to peace and quiet: the tires. By working with Dunlop, which incorporated an element of foam into the tire structure, the tires’ noise was cut by 50 percent. Furthering the cause, new active engine mounts reduced interior-volume levels by up to 15 decibels.

Because the Mulsanne Speed’s hulking 6.75-liter V-8 already produces massive amounts of power (to the tune of 530 hp and 811 ft lbs of torque), its output went unchanged; attention was paid instead to refining the engine management system and transmission shifting. The outgoing car’s infotainment system was showing its age, so a new touchscreen with a 60-gigabyte solid-state hard drive and 4G connectivity was added. Rear passengers can also enjoy a pair of optional 10.2-inch tablets, which attach tidily to the front seatbacks, making the big sedan feel like a small jet—especially in the new Extended Wheelbase model, which adds nearly 10 inches in length and enables significantly more seat reclining. As with past Mulsannes, the new model is exquisitely assembled on the inside, with a lush combination of wood, leather, and lacquer surfaces that require 150 hours of handcraftsmanship to assemble. The Mulsanne Speed’s exterior is similarly superb thanks to 120 paint processes culminating in 12 hours of hand polishing.

If there is a theme that unifies the Bentley Mulsanne Speed’s design and engineering, it is one of effortlessness: graceful lines, an accommodating interior, and an ease of acceleration that belies its bulk. Thanks to the quiet, low-revving engine and its ability to discreetly whisk nearly three tons of mass to exceptional speeds, the 2017 Bentley Mulsanne Speed’s refinements make it even more adept at treading great distances at high speeds in extreme comfort. (bentleymotors.com)