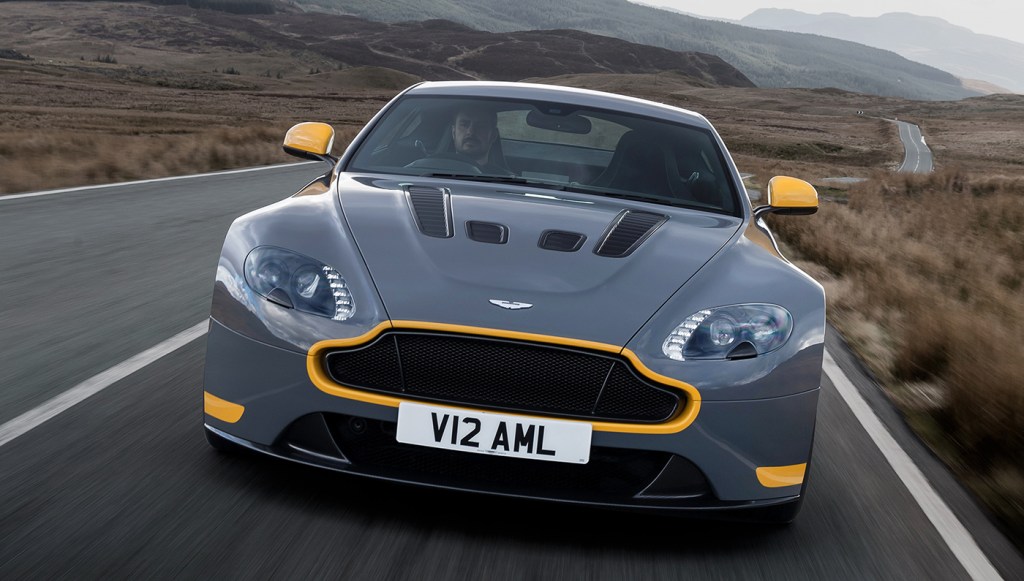 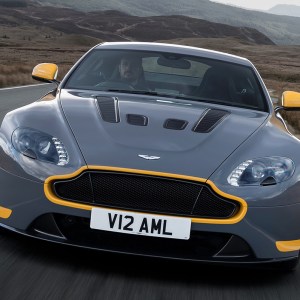 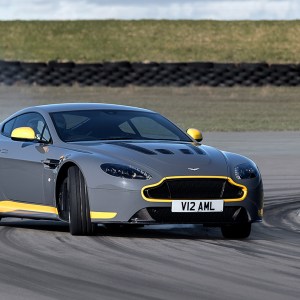 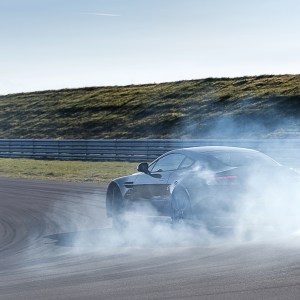 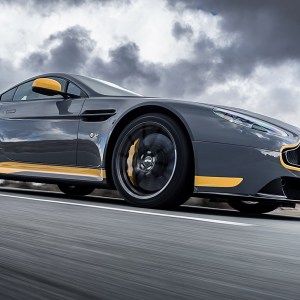 The spectacular new Aston Martin DB11 may have stolen the spotlight from the brand’s aging lineup, but another model is quickly becoming the buzz of the old school enthusiast set: the manual transmission–equipped Aston Martin V12 Vantage S.

While the previous iteration of the V12 Vantage earned notoriety for squeezing Aston’s biggest 12-cylinder engine into its smallest body, the final edition of the model strikes purist gold by pairing two classic drivetrain configurations: a lusty, naturally aspirated 565 hp V-12 engine mated to the only dogleg manual transmission currently on the market.

The naturally aspirated element evokes passion because most modern high-performance engines (including the DB11s) have succumbed to turbocharging, which adds efficiency but sacrifices character. The dogleg component is particularly intriguing because it utilizes an all-but-obsolete shift pattern, in which the first to second gear change involves an “up-and-over” move, rather than a single downward stroke. The configuration was favored by race drivers because the second and third gears, which are used more frequently on the track, are shifted with a single stroke in a dogleg transmission, rather than a more time consuming “up and over” gear change. The dogleg transmission fell out of favor when gearboxes added a sixth gear, which would have created yet another extra step when shifting into top gear; the Aston Martin’s 7-speed manual completes the process with one clean move.

The V12 Vantage S, despite its long-in-the-tooth platform, still exudes presence with its refined lines and thoughtfully appointed interior. Our tester featured a curious, Creamsicle-like orange-and-white exterior color combination, but the interior was the stuff of aesthetically avant-garde dreams, with supple, wool-colored Alcantara textures augmenting buttery swaths of leather and discrete touches of carbon fiber.

The precious appearance is countered by an utterly involving driving experience. It takes a moment to discard the instinct to search for first gear by pushing the shifter up. And once you’ve found the downward (dogleg) first gear with a notchy nudge, modulating the clutch demands further attention, since its actuation point is a bit abrupt. The V12, especially when set to Sport mode via a dash-mounted button, is deliciously sharp and responsive, demanding more attention than easier-to-drive automatics. Once you fall into the rhythm of the unusual shift pattern, the V12 Vantage S’s robust powerband and short gear ratios reward the driver with brief but intense bursts of acceleration. The sprint to 60 mph requires 3.7 seconds (making it the fastest vantage ever), and the car’s top speed is a heady 205 mph. A rev-matching function effortlessly make you look like a pro, but the real reward lies in disabling the electronic crutch, blipping the throttle yourself, and earning each downshift.

The manual-equipped Aston Martin V12 Vantage S (starting at $200,000) is not for everyone, a perspective reflected by the limited production run of only 100 cars. However, the fact that all hundred units sold out immediately suggests that performance traditionalists constitute a small but fervent portion of car buying community. (astonmartin.com)