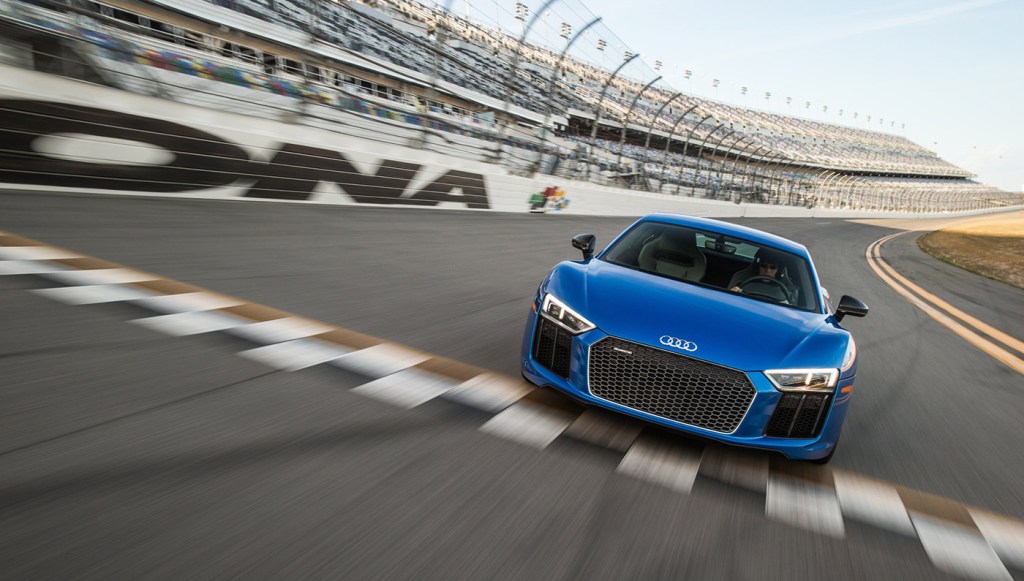 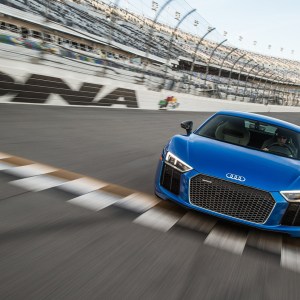 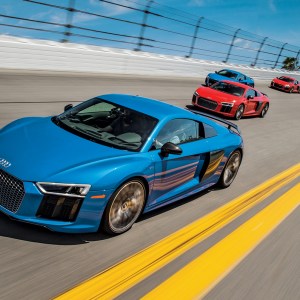 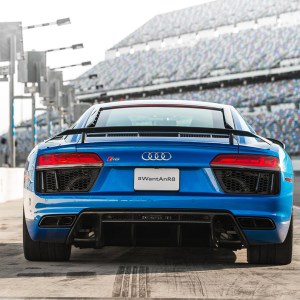 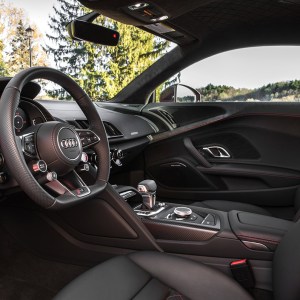 To further demonstrate the capabilities of the R8 V10 Plus, Audi hosted a second day of driving, at Florida’s Daytona International Speedway. There, in January, the R8 LMS (the racing version of the R8) finished first in the GTD class in the Rolex 24 at Daytona. “To race in GTD, the racecar has to have a very close connection to the street car,” said Dion von Moltke, a professional driver who piloted an R8 LMS in the Daytona race. “There are 15 or 16 manufacturers that race in GTD, and none of their cars has a closer tie to a street car than the Audi R8.”

After gradually building up speed through the first four turns, I felt confident enough to slide the R8 V10 Plus through the horseshoe-shaped fifth turn and then accelerate hard toward the sixth, a sweeping left that leads to a banked corner. On the corner—while pitched 31 degrees toward the infield—I rifled through the gears, flirting with the 8,400 rpm redline. The speedometer climbed steadily and peaked at 163 mph before I applied the brakes on the back straightaway.

With the tires squealing and the exhaust cackling, the car careened through the track’s chicane before I could apply the throttle again and sprint toward the final banked turn. The g forces grew stronger as I powered through the turn and then crossed the finish line at 181 mph.

“How I drove the corners, how the car reacted, the throttle response—it was really similar to the racecar,” von Moltke said after completing his own hot laps in the V10 Plus. “It’s the same chassis and the same bloodline. It’s the same engine. The characteristics of the car feel the same, and it sounds the same. It’s really not much different at all.”