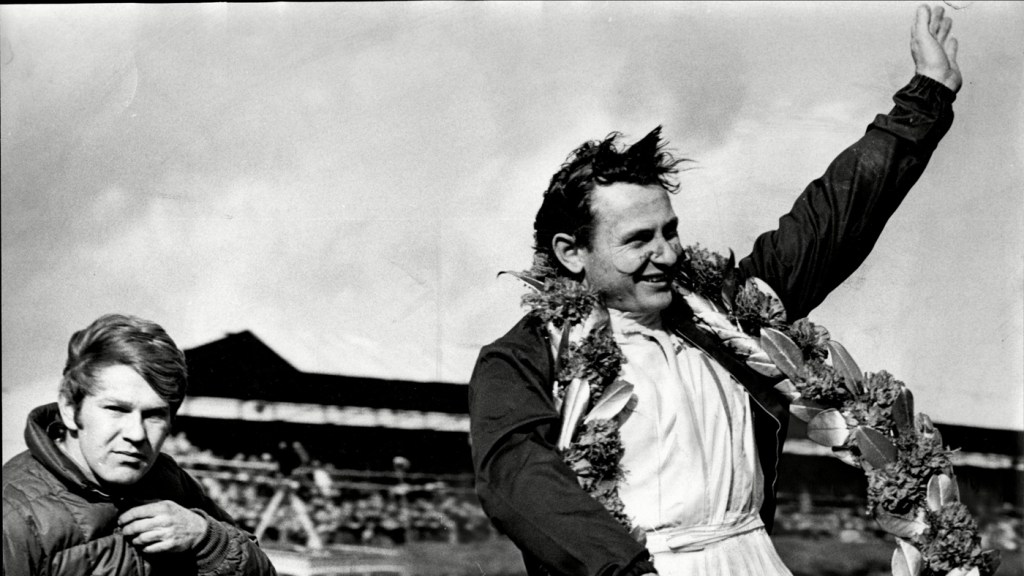 Last March, McLaren Automotive unveiled its most powerful car in production, the 710 hp McLaren 720S. The hyper-quick coupe is the latest addition to McLaren’s already impressive lineage of high-performance sports cars, ones that combine exquisite engineering with dynamic aesthetics. Although the brand is based in the United Kingdom, its roots trace to Auckland, New Zealand, the birthplace of eponymous motorsport legend Bruce McLaren. In 1963, the young racer founded Bruce McLaren Motor Racing when he was 26 years old. McLaren dominated the Canadian-American Challenge Cup (Can-Am) series until he perished in a crash of one of his prototypes at England’s Goodwood Circuit. McLaren’s memory, however, continues to be honored through innovative automobiles. The following timeline tracks the life of both the man and his namesake marque.

1952: At age 14, Bruce McLaren enters his first competition, driving a restored Austin 7 Ulster in a hill climb in his native New Zealand.

1970: McLaren is killed when his Can-Am car crashes during a test run at the Goodwood Circuit.

1992: McLaren Cars, a spin-off of the racing team, produces its first road car, the F1. It’s regarded as one of the all-time great road cars. Until the arrival of the Bugatti Veyron in 2005, it’s the world’s fastest production car, with a top speed of 240.1 mph.

2003: Mercedes-Benz launches the SLR McLaren, a grand tourer jointly developed by the German automaker and McLaren. It accelerates from zero to 60 mph in as little as 3.3 seconds.

2011: McLaren Automotive introduces the 12C, the first road car wholly developed and built by McLaren since the F1.

2013: Production begins on the P1, a limited-run hybrid supercar that generates a combined 903 hp from its twin-turbo V-8 engine and electric motor.

584  Weight difference, in pounds, between the 720S and the F1, its lighter predecessor

0  Number of SUVs  McLaren says it plans to develop

553 The 720S’s horsepower-per-ton ratio (greater than those of the Ford GT, Ferrari 488 GTB, and Lamborghini Huracán)