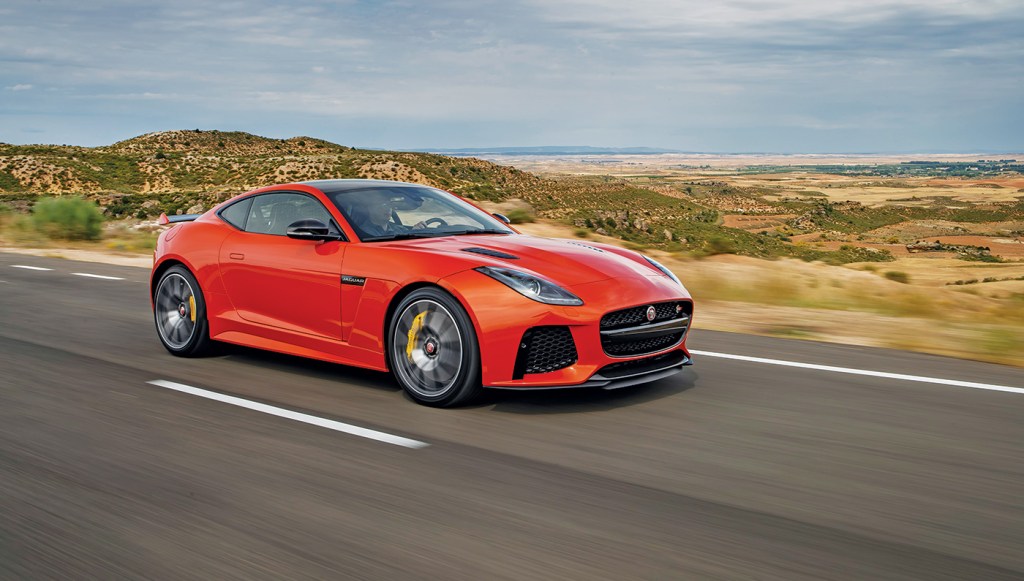 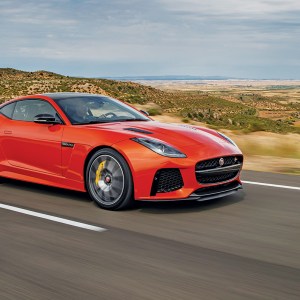 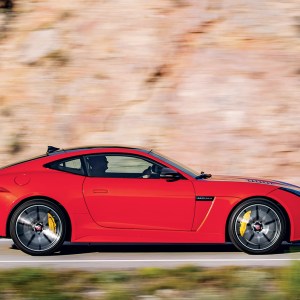 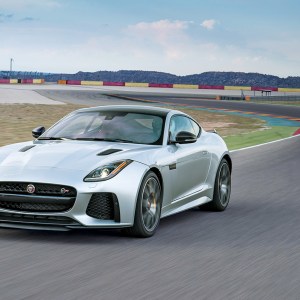 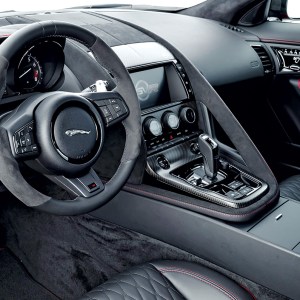 The growl of Jaguar’s 200 mph F-Type SVR is as good as its bite.

Maybe you heard about the promotional event that Jaguar staged for the F-Type SVR earlier this year in Manhattan. It took place in March, just ahead of the sports car’s appearance at the New York International Auto Show. If you were in the Murray Hill neighborhood at the time, you wouldn’t have just heard about it, you would have heard it.

Jaguar got city officials to close the Park Avenue Tunnel for a few hours. Then it invited a few media members and others to make high-speed runs from one end to the other—from East 33rd Street to East 40th—in the two convertibles that it had brought to the tunnel. The idea was to let the drivers experience and then spread the word about the visceral appeal of the F-Type SVR’s exhaust note, especially when it reverberated off the walls and ceiling of a tunnel. One writer described his ride as being “a bit like sticking one’s head in a giant drum kit with a squad of demons on PCP going mental with the sticks.”

That’s the type of response Jaguar wanted, even if the description is more colorful than may be strictly preferable. In June, at the global media launch for the F-Type SVR coupe and convertible in northeastern Spain, Jaguar Land Rover engineers offered some background on the car’s sound: They originally planned to

re-create the deep resonance they had achieved with the Ranger Rover Sport SVR. A test-drive of a prototype early in the vehicle’s development, however, convinced them that the sound didn’t suit the car’s personality.

The new exhaust system, built of titanium and Inconel (an alloy typically used for Formula 1 cars), produces a “more dramatic and harder-edged exhaust note,” according to technical specialist David Pook. (It also weighs 35 pounds less than the F-Type R’s version.) He described how the system’s valves are engineered to open early—when the supercharged 5-liter V-8 reaches just 2,500 rpm—rewarding drivers with an unexpectedly frequent cacophony of crackling, spitting, and popping as they put the car through its paces.

The F-Type SVR is the first full-production Jaguar-branded model from the Special Vehicle Operations (SVO) division that Jaguar Land Rover launched in 2014. SVO is the company’s high-performance division; it is to Jaguar Land Rover what AMG is to Mercedes-Benz, Quattro is to Audi, and the M division is to BMW. Prior to the F-Type SVR, SVO developed the aforementioned Range Rover Sport SVR, which launched last year, and the Range Rover SVAutobiography, which arrived 2 years ago.

Given the car’s raucous debut in Manhattan, the F-Type SVR was surprisingly quiet as I drove the coupe model through the Catalonia countryside—maneuvering it along back roads that snaked past olive groves, the crumbling remains of abandoned stone haciendas, and small vineyards planted at the base of rocky hills covered in scrub pine. I had to listen for the exhaust note to hear it. It seems that the engineers responsible for minimizing cabin noise were just as successful as the team that worked on the exhaust. Wanting to hear the sound more clearly and feel the warm Spanish air, I rolled down the window and stepped on the throttle. As I sped past red-and-white signs warning of bulls crossing the road, I enjoyed the pleasant breeze on my face and the growl in my ears.

Though the coupe may sound and seem tame at times on public roads, on the track—when you set the driving mode to dynamic and tap deeply into the engine’s 575 hp and 516 ft lbs of torque—it’s a beast. “I’m most proud of the sheer breadth of performance that it’s got, between everyday cruising and this kind of track driving,” Pook said while piloting a coupe around the 3.3-mile circuit at the Motorland Aragón, a racing complex that opened in 2009 and is best known for annually hosting MotoGP and Superbike World Championship races. “It’s not daunting; it’s quite accessible. You can get in it and start feeling the performance and the power quite quickly.”

SVO spent two years developing the F-Type SVR. In fact, when it began testing early versions of the car on the Nürburgring racetrack in Germany, the all-wheel-drive version of the F-Type didn’t exist yet; neither did the 550 hp F-Type R, which ultimately served as the foundation for the F-Type SVR. The biggest challenge, according to SVO engineering manager Andy Smith, was improving upon the F-Type R’s performance without compromising its suitability as a daily driver. Though the F-Type SVR can be up to 110 pounds lighter than the F-Type R (depending on the optional carbon-fiber packages) and offers 25 more horsepower and 14 ft lbs of additional torque, it’s designed not to intimidate the average driver or require overly aggressive motoring to appreciate its abilities. “This is a 200 mph supercar,” said Michelle Mortiboys, the vehicle-line director for SVO, on the eve of the test-drives in Spain, “but that doesn’t mean it needs to be driven at 200 mph to deliver that supercar experience.”

Visually, the F-Type svr is not drastically different from its predecessors. The more obvious differences include an extended front bumper (to smooth out the airflow over the front wheels), new apertures on the side fender vents that reduce front-end lift, and a carbon-fiber rear wing that reduces both drag and lift and automatically deploys at 60 mph on the convertible and 70 mph on the coupe.

For city driving and heavy traffic, it’s best to leave the F-Type SVR in the normal driving mode, which gives it a relatively gentle demeanor that’s appropriate for daily commutes. But to better experience the SVO influence, you need to switch to dynamic mode. Following an afternoon of driving the coupe at Motorland Aragón, I slid into the driver’s seat of a convertible and set the navigation system for Poblet Monastery, a Cistercian abbey built during the middle of the 12th century. Soon I was careening along mountain roads in Serra de Montsant Natural Park. As the roads climbed higher, I set the car to dynamic and immediately felt the suspension stiffen. “You get an instant change in character,” Pook had said earlier when describing dynamic mode, “but without the ride being harsh.”

With the top down and miles of empty mountain road ahead, I accelerated out of a corner, felt the sun on my face, and reveled in the snarl from the four exhaust pipes, each of which bears a discreet SVR logo. The exhaust note may have been more soul stirring or head banging when it was resounding under Park Avenue, but given the choice, I’d rather drive the car here, on the open road and under the sun, than in a tunnel.